New, emerging science shows there is a reason for vaccinated people to be optimistic about getting back to normal, but not as much for the unvaccinated. 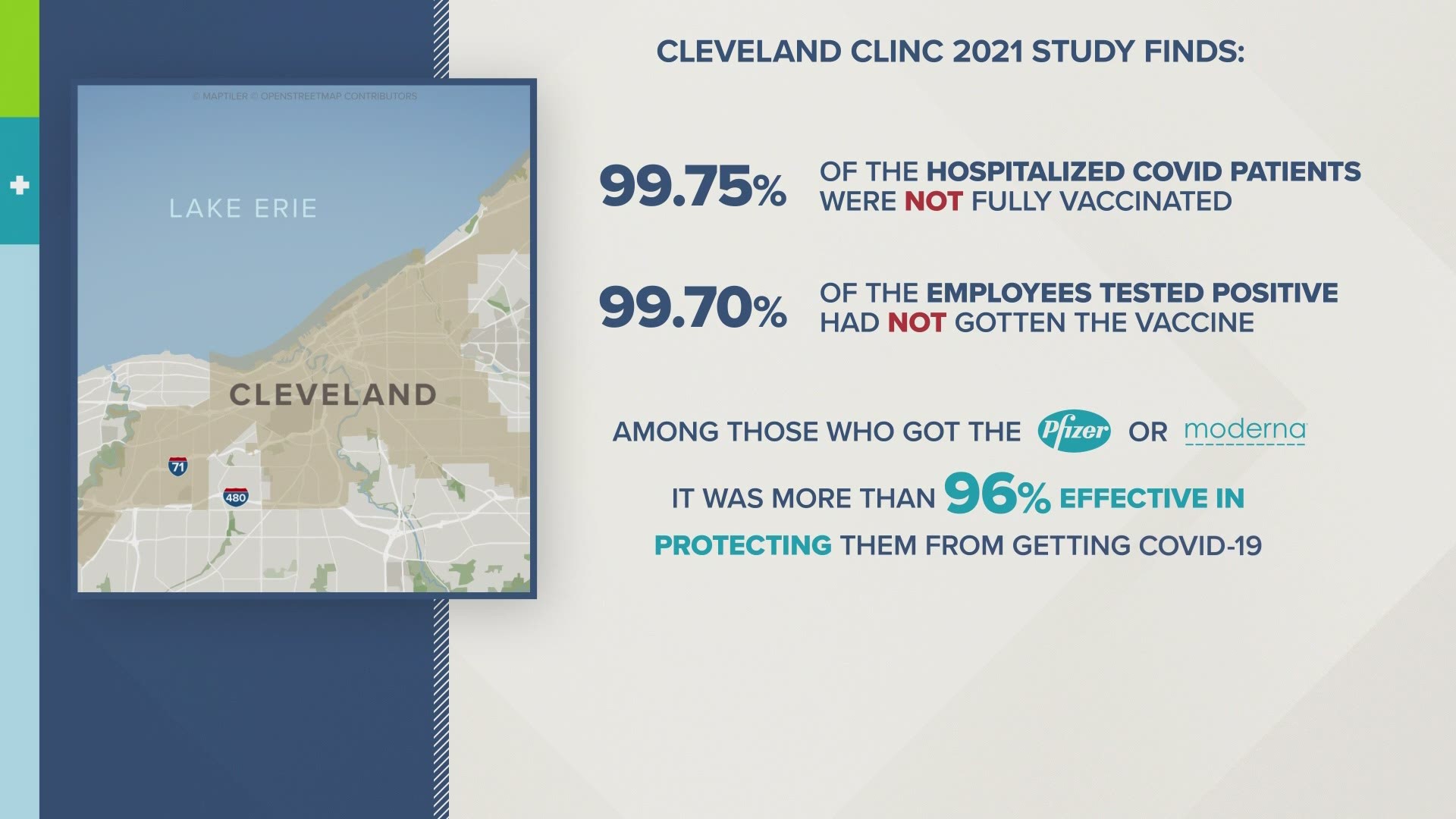 NEW ORLEANS — COVID-19 cases, deaths and hospitalizations are going down across the country. In fact, the case rate is the lowest it's been in nearly a year.

That may sound like good news, but it's only good news for some.

New, emerging science shows there is a reason for vaccinated people to be optimistic about getting back to normal, but not as much for the unvaccinated.

Let's start with the Cleveland Clinic in Ohio.

Its study finds 99.75 percent of the patients this year who had to be hospitalized, sick with COVID, were not fully vaccinated. And of the employees who tested positive for the virus, 99.7 percent had not gotten the vaccine.

But among those who got the Pfizer or Moderna vaccines, it was more than 96 percent effective in protecting them from getting COVID-19.

Now let's look at some states. Unvaccinated people in states such as Colorado, Maine, Rhode Island and Washington are having high infection spikes similar to the winter surge. Similarly, the African-American community in Washington D.C. is where 80 percent of that city's new cases are showing up, because of lower vaccination rates. And in some states there is still a steady death rate, but only among the unvaccinated. In Maryland the risk of going to the hospital if you’ve been infected, is going up if you're not vaccinated, possibly due to the variants that are spreading.

So we wanted to know where Louisiana stands, but the state does not post infections or hospitalizations by vaccine status. So according to LCMC which runs six local hospitals, the people coming into hospital emergency rooms with COVID are typically the unvaccinated.  Very few who got the shot come in and have to be admitted, and if they do, their cases are mild.

So doctors say the bottom line is things are getting safer for the vaccinated, that's the reason overall numbers are going down, but the unvaccinated are still at risk and getting the wrong safety message.

Another concern doctors have is that new variants will be created in people who are not vaccinated and that the vaccine can not protect against.

RELATED: Got vaccinated? A major retail chain is offering a $1 million prize