As of Friday, the hospital said 89% of employees have been vaccinated. They’re telling everyone else they must get the vaccine by June 7 in order to keep their job. 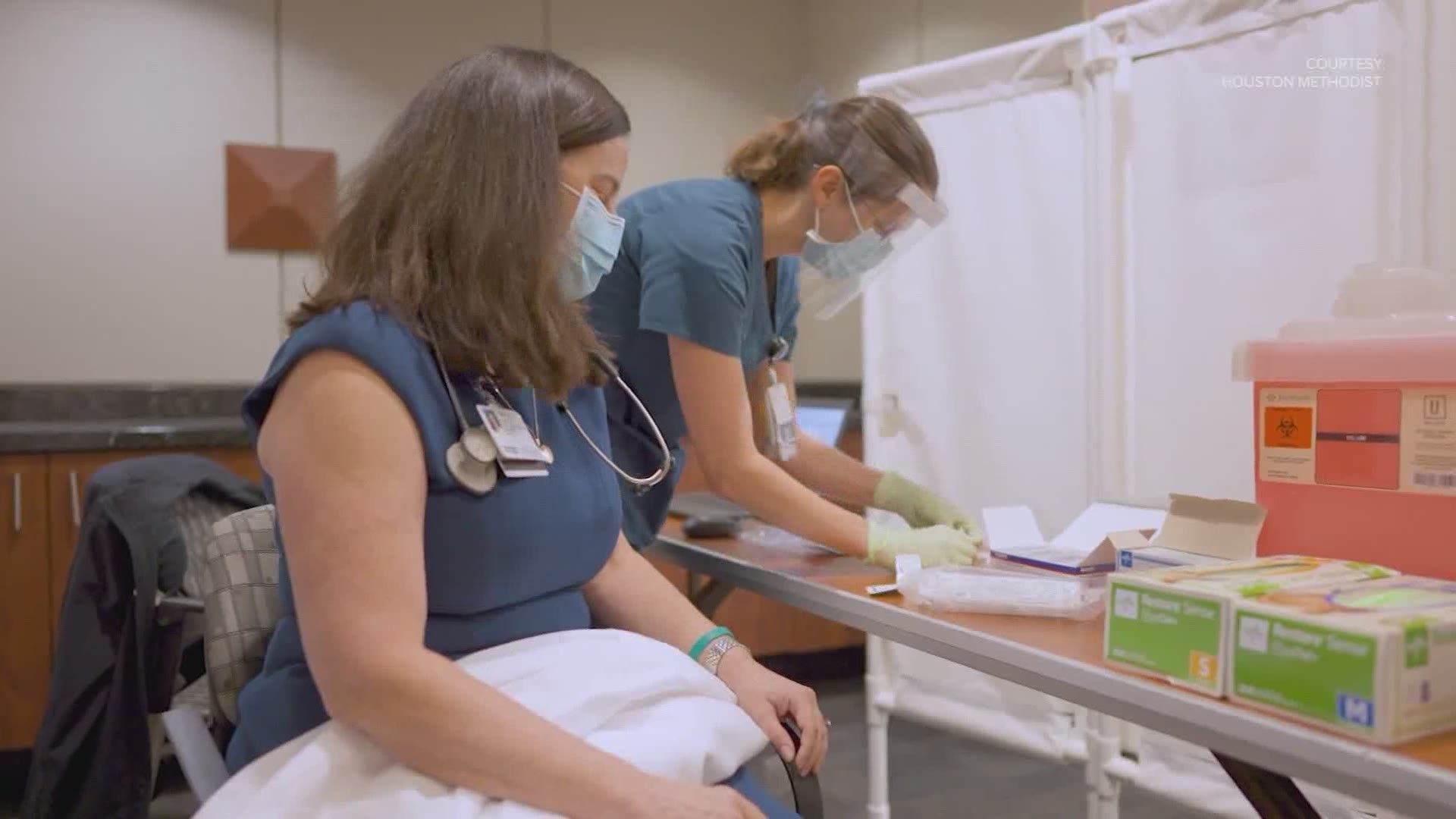 HOUSTON — Some employees at Houston Methodist are upset over the hospital’s mandatory COVID-19 vaccine rule, saying they want more time.

As of Friday, the hospital said 89 percent of employees have been vaccinated, and they’re telling everyone else they must get the vaccine by June 7 in order to keep their jobs.

It’s a decision Jennifer Bridges never thought she’d have to make: get the COVID-19 vaccine or lose her job.

“It’s not fair to be forced to inject something that we’re not comfortable with," Bridges said.

She knows her choice.

“I think our rights as human beings is more important than keeping that job. If I am blacklisted, whatever it takes. I will go find another form of employment," Bridges said.

As a registered nurse at Houston Methodist, she’s one of thousands of employees being told to get the vaccine by the hospital, or come June 7, she could be terminated.

“What they’re doing on June 7, is you’re suspended for two weeks and if you do not comply, you are terminated," Bridges said.

The hospital says it’s the same protocol as with the flu vaccine which was made a requirement back in 2009.

CEO Dr. Marc Boom calls the COVID-19 vaccine rule their “opportunity to keep leading medicine," and says by doing this, they are helping to stop the spread of this deadly virus. He says it is the employee’s obligation to keep their patients safe.

But Bridges says she’s not alone in her concerns. Since she’s gone public, she says hundreds of employees have reached out to her, and they feel the same.

“Basically, they’re either going to quit, get fired, and some have reached out to me literally crying, saying they’re going to hold off until the last day and take that shot against their will because they have to feed their family," Bridges said.

She says all they’re asking for is more time.

“Once the research is done in a couple of years, it’s fully FDA approved, then I am sure we will all line up and take it. Just not yet. Let us have more time," Bridges said.

But the hospital says that June 7 deadline is firm, and the vaccines have been shown to be very safe.