Louisiana opens COVID vaccine to everyone 65 and up 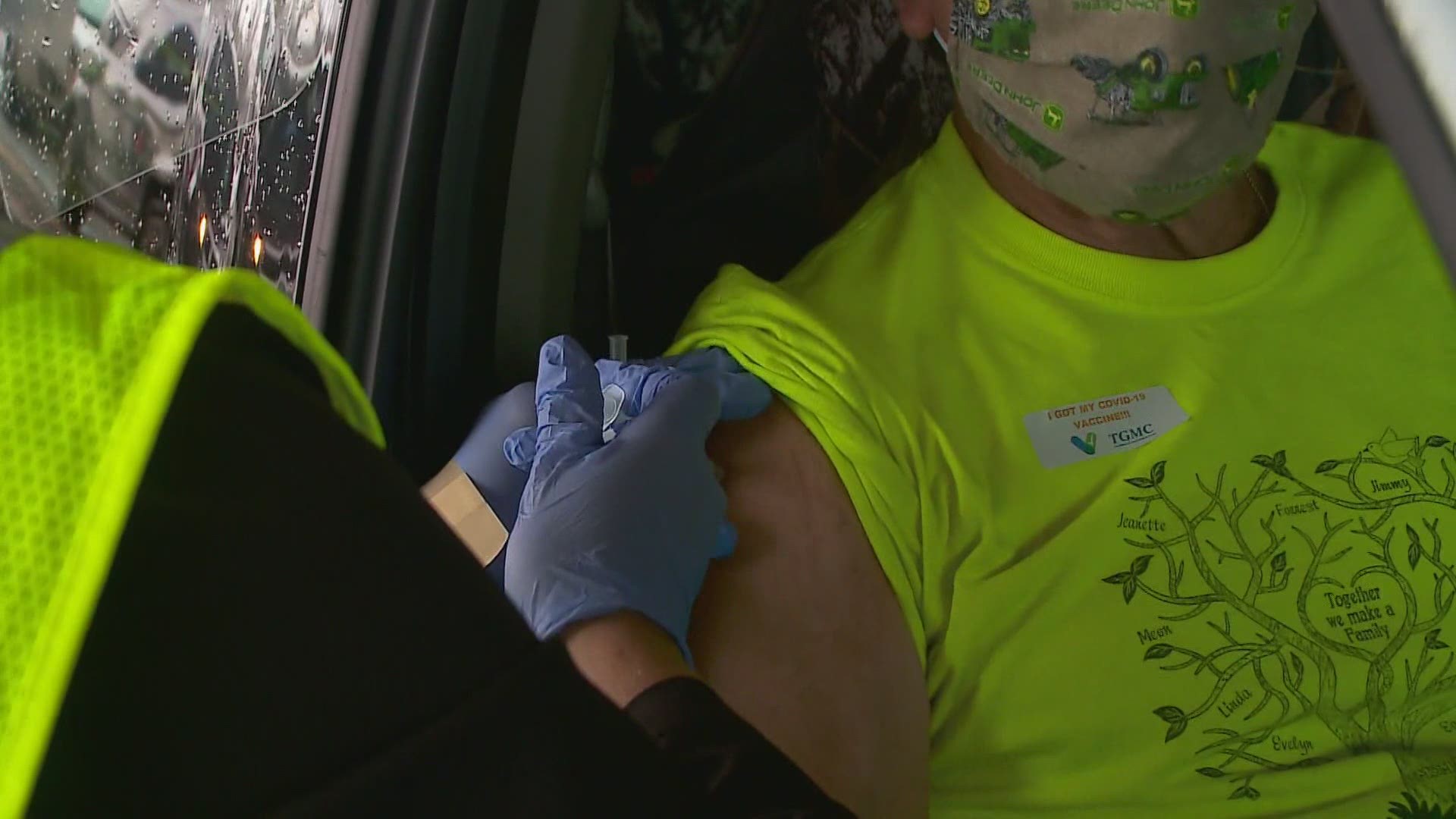 NEW ORLEANS — COVID-19 vaccines in Louisiana will now be available to everyone 65 and older.

Gov. John Bel Edwards made the announcement during a press conference Thursday. The change goes into effect on Monday, Feb. 8.

"I believe that is in line with what about 29 other states are doing, including most of the states in our region," said Edwards.

Election workers, emergency response personnel and law enforcement are all also eligible to receive the vaccine.

Edwards’ update comes just one day after Louisiana’s Vaccine Action Collaborative met behind closed doors on Wednesday. The little-known group established by the state health department advises the governor in their decision of who is eligible for the state’s limited supply of coronavirus vaccine.

The governor said the addition of people ages 65 to 69 and the other small groups will add about 275,000 more eligible people to the list for vaccinations.

Edwards also announced that 57 Walmart sites across the state will start distributing the vaccine to eligible residents on Feb. 11.

Louisiana Department of Health spokesperson Aly Neel told The Associated Press that the group holds monthly meetings to help shape “how and whom Louisiana is vaccinating.” The group is among similar advisory committees across several states that the AP found is holding closed-door meetings that help sway critical decision-making on the vaccines.

The federal government has recommended that states should offer the vaccine to anyone 65 years or older. But until now, Louisiana has only distributed vaccines to residents 70 and older, as well as frontline workers, people with kidney failure and people who live and work at nursing homes and other long-term care facilities.

“Governor Edwards wants everyone who needs and wants one of the COVID-19 vaccines to be able to get one as soon as possible, however supply has long been the limiting factor in Louisiana and other states,” a spokesperson for Edwards’ office said.

Figures published by the health department on Thursday show that more than 27,000 additional Louisiana residents had received both doses of the COVID-19 vaccine. Nearly nine percent of the state’s population has received at least one dose of the vaccine.

Louisiana will receive potentially thousands of extra doses of the coronavirus vaccine steered to Walmart pharmacies under a program announced by President Joe Biden’s administration.

Louisiana's health department said Tuesday that is has opted into the White House program to distribute 1 million doses directly to retail pharmacies. Louisiana will use 56 Walmart pharmacies around the state for the federal program.

The pharmacy initiative starts Feb. 11. Whatever vaccine doses those Walmart pharmacies will start receiving through the federal program next week will come on top of the other Pfizer and Moderna doses shipped directly to the state each week to divvy up on its own.

Earlier this week Louisiana surpassed 9,000 deaths linked to COVID-19 since the pandemic began. As of Thursday, 9,044 people have died and 408,995 cases have been reported in the state since March 2020.