'We need you': why local industry leaders say business owners are still suffering

Even with Governor Greg Abbott's green light to reopen, restaurants and businesses are struggling to survive. 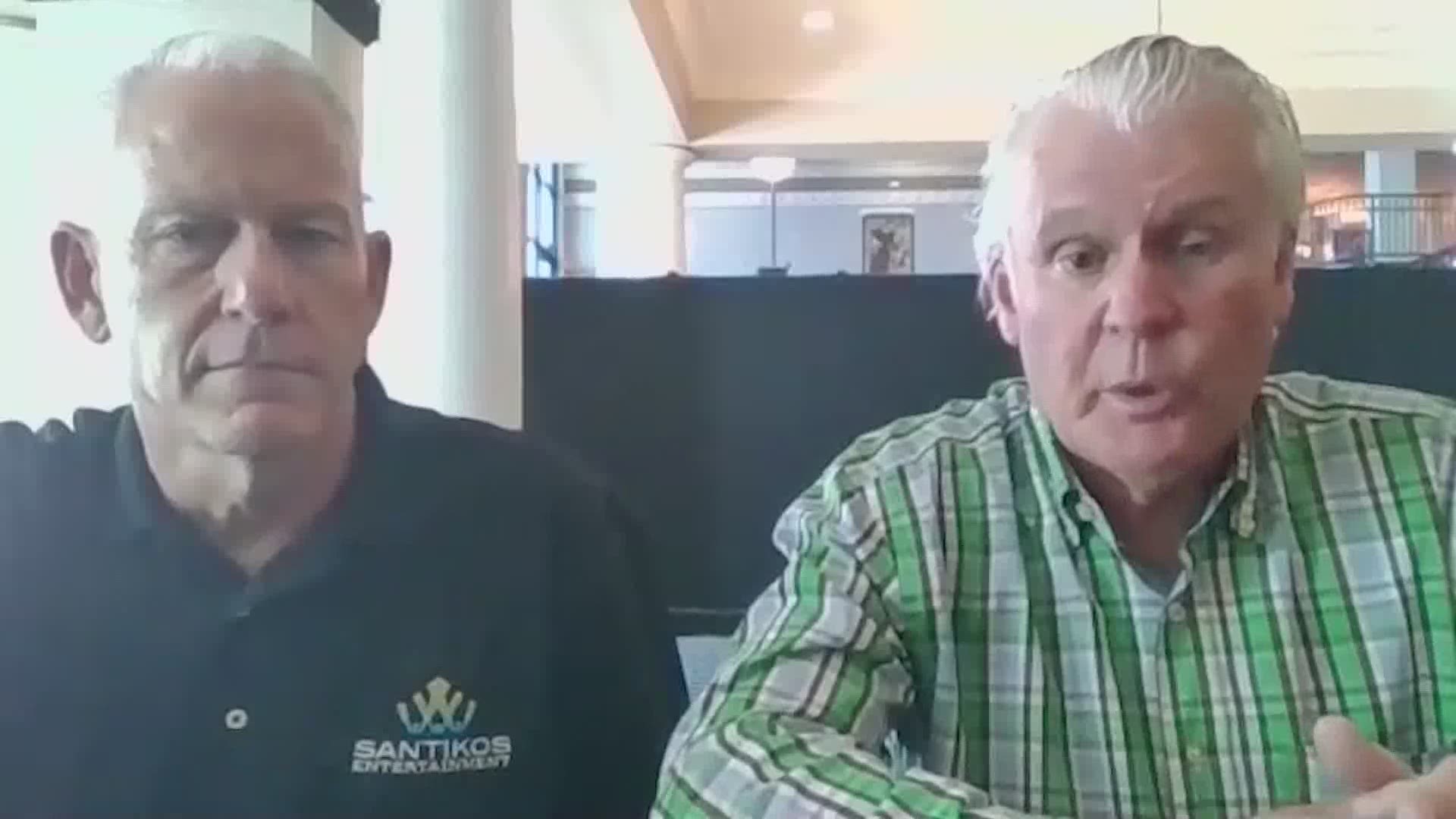 SAN ANTONIO — Even after Governor Greg Abbott gave the green light to reopen, many restaurants and businesses are still struggling.

"My responsibility is to report to him what I'm seeing across the state and how it's working, and what I think he can do to help us get back in business as quickly as possible," said Miller.

That's the reason Miller was at the Palladium Theater on Wednesday, to visit with Santikos CEO Tim Handren, and see what the theaters are doing to implement the Governor's order and follow CDC safe opening guidelines.

"Part of us opening, is not about trying to make a ton of money. It's trying to give people their jobs back," said Handren.

Handren said Santikos had to furlough nearly 700 employees, and even though many are back at work, movie-goers are staying home.

"The crowds are five to ten percent of what they normally are right now," said Handren.

Handren said they've gone above and beyond the safety requirements issued by Abbott and the CDC to reopen at 25 percent capacity a few weeks ago.

"It's going to feel almost like you're in your living room because there's almost 16 feet front to back between people, and side side there's about six feet," said Handren. "We wanted to demonstrate, we can open safely and we need to help people get comfortable recognizing that we are doing everything according to CDC guidelines. We're being incredibly safe."

Handren said theaters have polled almost everyone who has visited the theaters since the reopening.

"The feedback is about 99 percent positive that everything that we're doing makes them feel very, very comfortable," said Handren. "In fact, most people say it feels more comfortable at the theater than it does at the grocery store."

"People aren't coming out to eat," said Miller. "They don't want to be in a crowd."

And without customers staying to eat in the dining rooms, sales are declining.

"You can't imagine the expense to business just to reopen with 25 percent, the expenses are enormous," said Miller.

"We need the dining room business, too. And I'm more concerned about the restaurants that don't have drive-thrus. Those are the ones that are really suffering because their curbside business is, probably 10, 15 percent of normal sales, 20 percent. These are not profitable levels," said Miller.

Both Miller and Handren agreed that with an uncertain future, it's difficult to making plans for the upcoming months.

"If anyone can tell you exactly what's going to happen in two weeks, I don't believe it. You have to react everything, every single day," said Handren. "When we were shutting down, it was not easy to even shut down and then opening up and helping people understand that what we're doing is is safe."

Handren said that kick-starting the economy means getting people back to work, and businesses need customers to do that.

"When does that happen? When people feel comfortable," said Handren. "That's the hardest part right now."

"A second wave of this virus that causes us to shut down again, that would be the absolute worse thing to happen...nobody wants to experience this ever again in our lifetime," said Handren.

"It's to our benefit to see to it that something like that doesn't happen, and we're working very hard to see to it, keeping our places clean, keeping our employees clean, employing healthy people, and trying to follow the protocols and CDC guidelines," said Miller.

"I'm concerned about the slow volume of sales that we're all doing. And, I want to get the message out to our customers that our places are clean. Come on in when you feel comfortable doing it. Come on in to do business with us. We need you," he added.

RELATED: Residents are urged not to let their guard down as COVID-19 restrictions are lifted