The current order keeping the state in Phase 2 ends Friday. 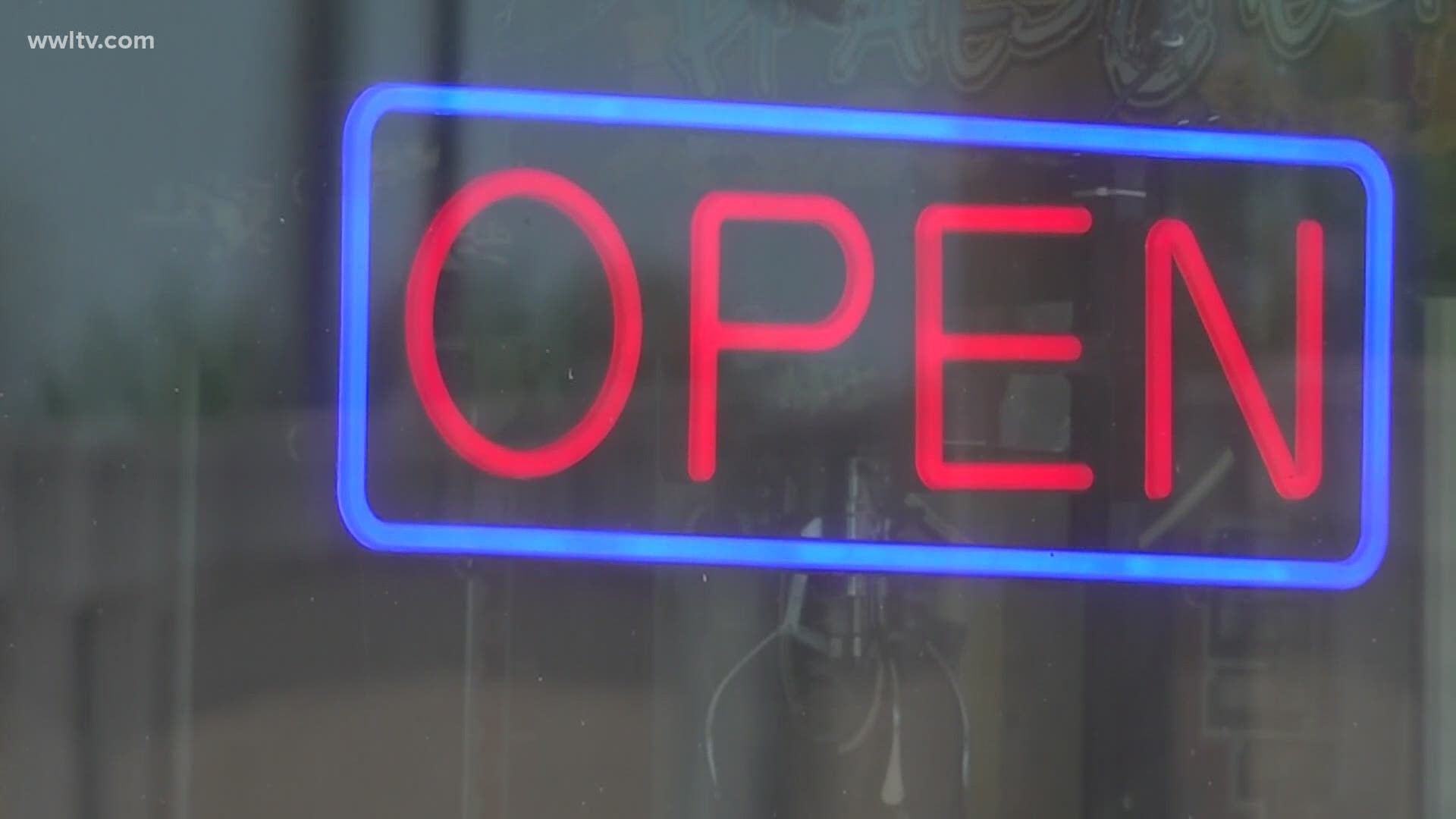 BATON ROUGE, La. — Louisiana could soon find out if the state will move out of Phase 2 of reopening as the governor’s latest extension is set to expire later this week.

Governor John Bel Edwards said he will address the state's response to the COVID crisis, including whether the state will advance into a new phase of reopening the economy during a press briefing Wednesday. The current order keeping the state in Phase 2 ends Friday and Edwards has usually announced what the next steps the state will take in days before an extension ends.

The state of Louisiana, which has been in Phase 2 of the coronavirus recovery for nearly three and a half months, will either remain in that phase or advance into Phase 3, which would place fewer restrictions on businesses and move life closer to what it was pre-pandemic, albeit with a mask mandate likely firmly in place.

Edwards extended the order to remain in Phase 2 two weeks ago amid the dual threats of hurricanes Marco and Laura that shut down testing centers and further delayed the reopening of schools. Health leaders likely want to see what effect reopening schools has on the number of new cases reported daily.

This time, Edwards is facing the unknown results exposure at plenty of Labor Day celebrations which he cautioned could cause similar spikes in cases seen after Memorial Day. Like before, any spike in cases likely will not show up in the daily reported tests for a week or more, well after Edwards has made the decision to remain in Phase 2 or advance into Phase 3.

According to the Centers for Disease Control guidelines, a state can plan to move into Phase 3 of reopening after seeing a downward trajectory of documented cases for at least 14 days in Phase 2. Louisiana entered Phase 2 in early June, but the state saw a rapid increase in cases in deaths starting a week later. Since then, Louisiana has reversed some easing of restrictions on bars in an effort to once again flatten the curve. The state has mostly seen a downward trajectory in average new cases reported since last month.

The CDC guidelines for Phase 3 would allow workplaces to begin operations with unrestricted staffing, allow visitors to return to senior care facilities and large venues like theaters, sporting venues and churches can reopen with limited physical distancing.

People considered low-risk for the virus will still be asked to minimize time spent in crowded environments where social distancing is not possible.

However, the CDC guidelines are only recommendations and the White House is encouraging each state to create its own phases of reopening with restrictions specific to their local needs.

Edwards is scheduled to hold a news conference at 2 p.m. Tuesday from the Louisiana State Police Training Academy. The news conference will be streamed on WWLTV.com and the WWL-TV Facebook page.

The governor is under increasing pressure from parishes such as St. Tammany and Jefferson to change the statewide mandate to a parish-by-parish mandate, however, as the Times-Picayune | New Orleans Advocate reports Tuesday that the immediate outlook for those two parishes being granted more leniency in COVID rules would not be great based on recent testing results.

Edwards is also undoubtedly aware that high school football has decided to move forward with playing games a month from Tuesday and that the New Orleans Saints expect to seat fans - how many is still uncertain - for its second game on Sept. 27. That will also be one day after LSU football opens its 2020 season.

The stakes are high. The state is approaching 5,000 deaths from the coronavirus, but at the same time, there are daily headlines of businesses closing because of the limited conditions.