"These infections are recurrent, and as they progress over time, it damages the lung and most patients with cystic fibrosis ultimately will die." 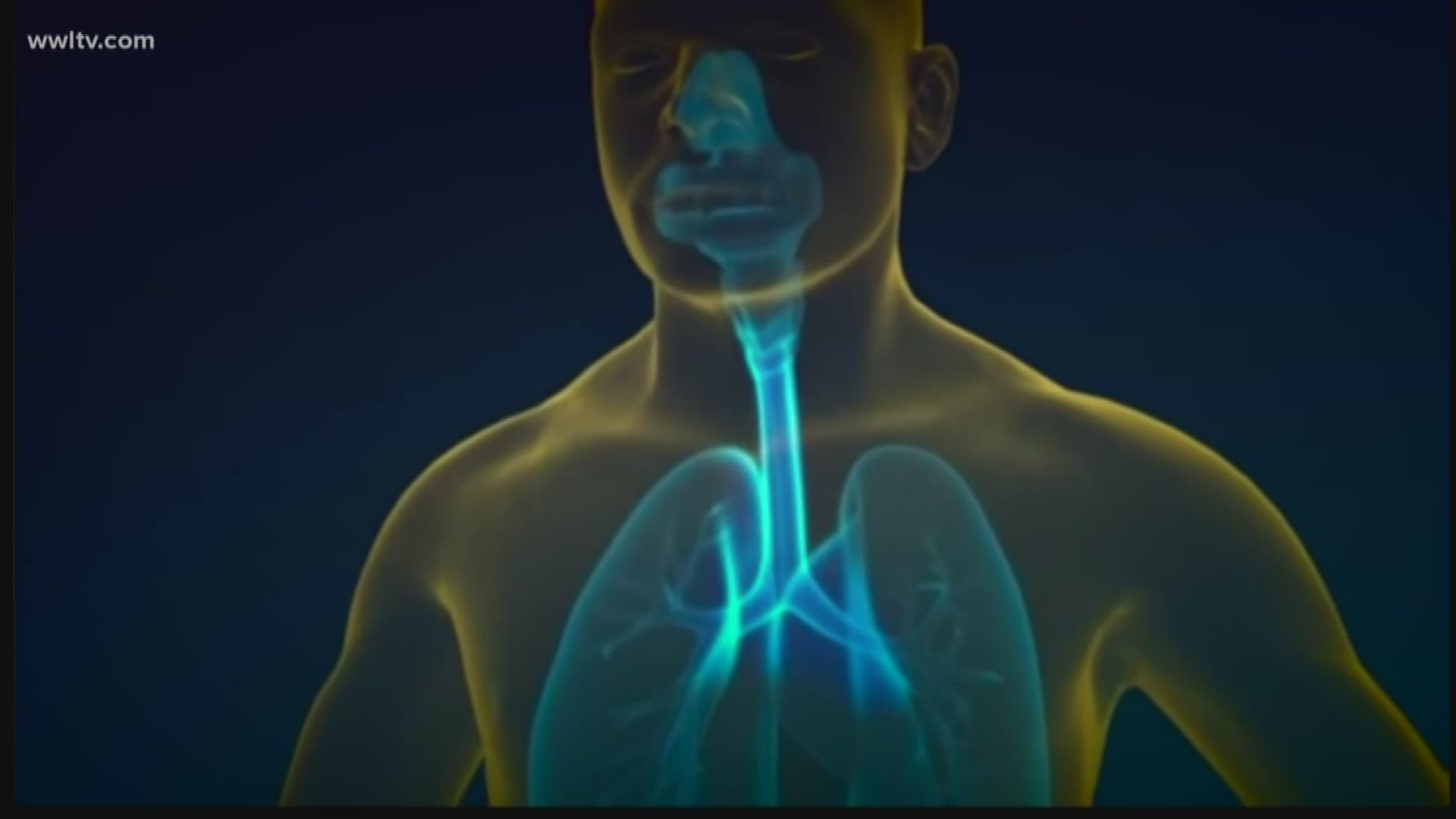 NEW ORLEANS — People born with the lung illness cystic fibrosis usually die in the prime of their adult lives: their 30s and 40s.

But now a new drug, tested in New Orleans, is giving young people new hope. And that includes a New Orleans resident who is of the first people to use the life-changing drug

Liz Reyna has lived with cystic fibrosis her entire life, using her breathing machine daily and taking 17 prescriptions. Then in her 30s, it started getting worse.

"So I would wake up, to be honest, I would come to the office exhausted because I couldn't, you don't sleep well, and I'd just be like coughing up, throwing up," said Reyna, who is now 36.

It's a genetic illness that affects your lungs and airways, causing breathing problems, infections and even digestive health problems.

"These infections are recurrent, and as they progress over time, it damages the lung and most patients with cystic fibrosis ultimately will die of recurrent lung infections that damage the lungs," said Dr. Ross Klingsberg, a Tulane Pulmonologist who is the Director of the Adult Cystic Fibrosis program and the Principal Investigator of the local arm of the study.

But in the last year, Reyna joined a clinical trial with Klingsberg at Tulane, to be one of the first to test a new combination breakthrough of three drugs, TRIKAFTA, called the triple pack.

"I mean, I have clear lungs like, haaa, I can breath. Now I have so much more energy. I can actually like wake up in the morning and like get to work and like drive to work all happy," said Reyna.

And after a month or two on the drug, she was able to join her dance troop, the Muff-A-Lottas, during Mardi Gras.

"I did all five Mardi Gras parades that we were in, and I was like, 'Yes!' Yeah, it was awesome," said Reyna.

The drug got FDA approval on October 21. And Klingsberg says this is expected to extend the lives of cystic fibrosis patients who usually don't make it to middle age.

Reyna never did expect to live a long life, especially after clinically dying, coding twice and being in a coma for nearly three weeks. Now she has a new perspective.

"I guess I have to get like a retirement fund. I don't even know. I never even planned for that," she said.

And that's because she never planned to have the quality of life she has now.

The new triple drug combination is for patients 12 and older. It is very expensive but doctors are finding that insurance is covering it.

The Cystic Fibrosis Foundation is also helping people get access to the prescription.