DEA cracking down on the distribution of counterfeit Fentanyl, as it can cause a deadly overdose

“I lost my brother and my best friend because of one mistake he made, and I don't want to see anybody else lose their family member,” 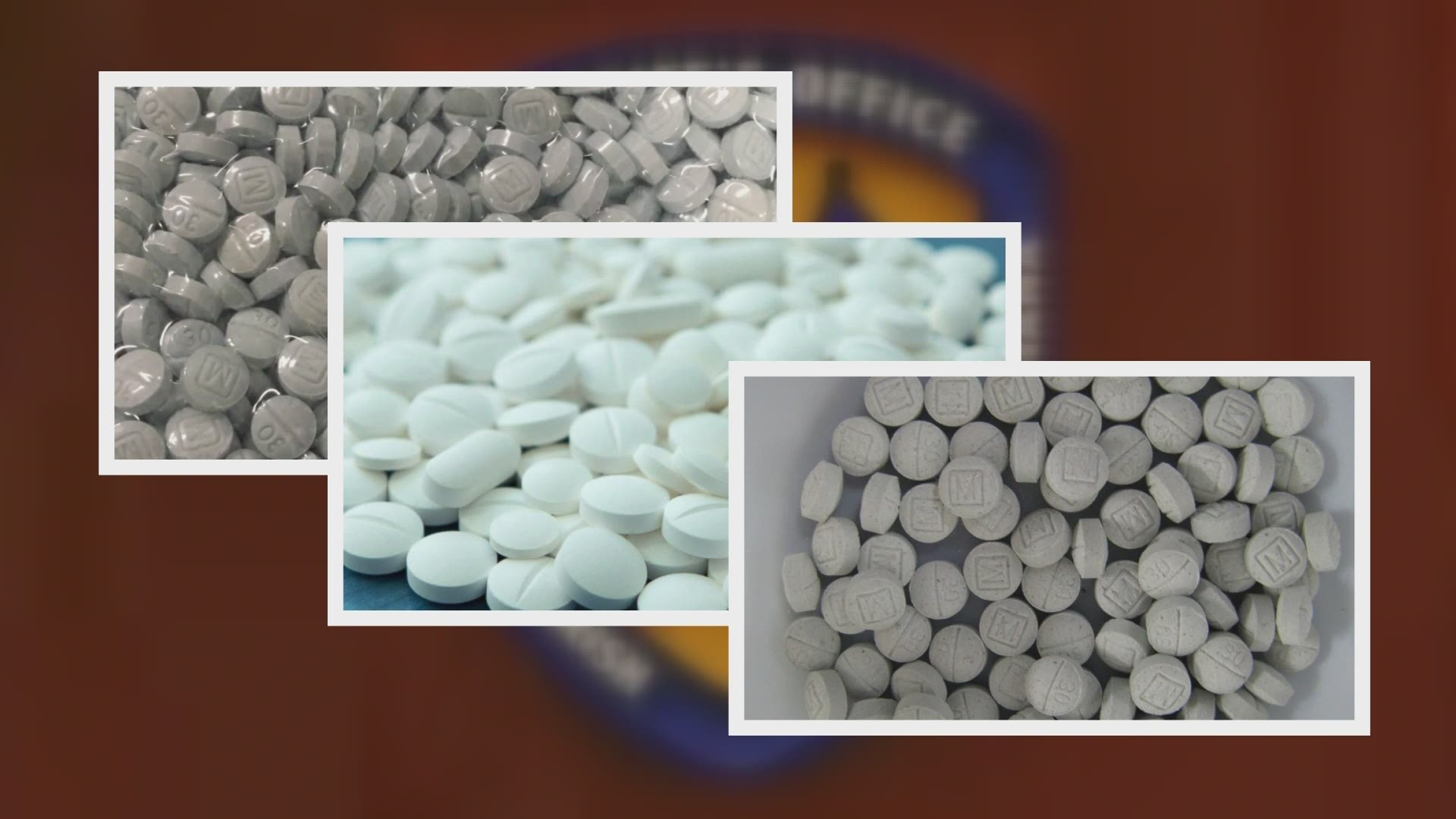 MANDEVILLE, La. — We learned just days ago, that when the pandemic began taking lives in Louisiana last year, so did another health issue, drug overdoses.
In fact, this state had the highest increase in drug overdose deaths in 2020.
Now there is a warning about fake pills that may be contributing to these deaths.

A Northshore family saw firsthand how deadly those pills can be.

On Valentine's Day, Megan Rogers Stark lost her dad, but she never could have imagined just weeks later, she'd also be grieving the loss of her 31-year-old brother.

“He was just a special person. He cared a lot. He had a big heart. He loved to cook. He loved to have fun. He loved to listen to music. Family time and friends were his life,” said Megan Rogers Stark, Jacob's sister.

Jacob Rogers worked hard to accomplish something difficult for those with the illness of addiction. He was clean for six years. Then in a moment of relapse, on March 27, his friend Angela D'luca says he thought he was buying a real Xanax pill from a street dealer.

“When they did the toxicology report, it was pure fentanyl in his system, and it's a death sentence as soon as they take it,” said Angela D’luca, Jacob's friend.

The St. Tammany Sheriff's Office is seeing the powerful, highly-addictive opioid, fentanyl, as pills on the streets. It's marketed as Xanax or Oxycodone.

The coroner is seeing the lives they take. Fentanyl is 100 times more potent than morphine. The coroner said taking it is like playing Russian roulette, except there are five bullets, not one, in the six-shot revolver.

The DEA field office in New Orleans,  said the counterfeit pills look just like the real prescription. They are seizing them in this area. Some contain more than twice the deadly amount.

“Unfortunately, I have three friends that made a bad decision, and it cost them their life,” said Alvin Dutruch, Health Navigator, Certified Peer Support Specialist for the Volunteers of America.

Alvin’s job is to help addicted people move into a life of recovery, as he did.
“And one bad day can lead us back to taking that first pill, that first hit of something that knocks us off our game again,” said Dutruch.

“I lost my brother and my best friend because of one mistake he made, and I don't want to see anybody else lose their family member,” Megan said as she chocked back tears.

She wears some of Jacob’s ashes in her necklace. She and Angela pled with people who are addicted, to join recovery programs, and for their families to keep the prescription Narcan on hand to reverse an overdose. And they have a message for young people who think it's fun to get high.
“It will kill you. It will kill you,” Megan said.

We have seized some pills containing fentanyl in our local area, as DEA has also done nationwide. It seems to be a growing problem, even more so since the pandemic.

The Mexican drug cartels have capitalized on the opioid epidemic and prescription drug abuse in the United States by manufacturing mass quantities of counterfeit prescription pills containing fentanyl.

• Counterfeit pills often appear identical to legitimate prescription drugs, but they contain none of the promised drug they resemble. Someone who takes one of these pills, unaware of the actual ingredients, often ingest dangerous substances like fentanyl.

• 26% of tablets tested contained a lethal dose of fentanyl. In other words, one in four pills seized by the DEA includes a deadly amount of fentanyl.

One Pill Can Kill. Don’t take a pill that wasn’t prescribed to you by your doctor or given to you by your pharmacist. Small amounts of fentanyl can be deadly. There is no “quality control” mechanism in place in the illicit labs producing counterfeit pills to ensure doses aren’t lethal. What you don’t know can kill you.

It is DEA’s mission to disrupt, dismantle and destroy drug trafficking organizations whether they originate in Mexico, China, or on the dark web, or reside in your neighborhood. We will continue to work diligently with our international partners as well as our Federal, state, and local counterparts to bring to justice those who seek to do harm in our communities.

•According to the Centers for Disease Control, more than 87,200 people died as the result of a drug overdose in the United States in a one-year period (September 1, 2019 – September 1, 2020).  Synthetic opioids like fentanyl were involved in 59 percent of overdose deaths.

RELATED: 'This never should have happened': Mother of 16-year-old killed in police shooting wants answers