Typically, our peak time is Christmas to Mardi Gras. 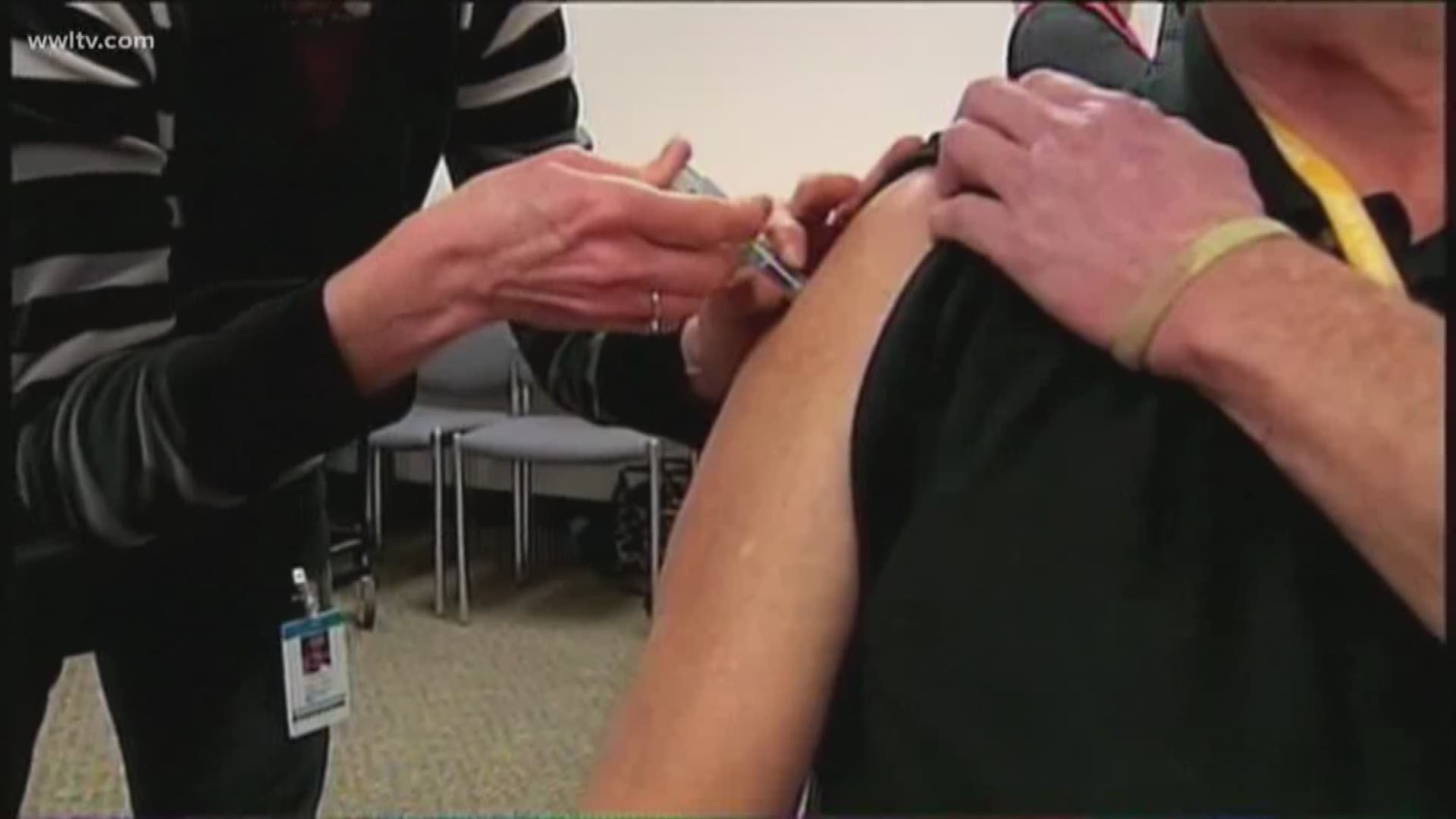 NEW ORLEANS — Doctors don't know why we are seeing more cases of flu in Louisiana than in any other state.

The type of flu spreading in Louisiana is called Victoria B, and that has people of all ages going to get a vaccine to prevent it.

Ochnsner Pediatrician Dr. Mike Wasserman is on the front lines of flu prevention and has seen to odd trend first hand.

"We're seeing a lot of influenza type B,” he said. “It started in August, but the frequency and the number of people that have had it has increased dramatically in the last 10 days. It lasts about four days. Headache, some aches and pains, and a lot of cough. They're not hospital sick, but they're miserable. They're out of school. This is preventable.”

Typically, our peak time is Christmas to Mardi Gras.

The CDC maps tell the story. Louisiana stands out completely alone in bright orange. A school in Baton Rouge had to cancel classes earlier this month when more than a third of its high school students had the flu. That news has members of the “New Orleans Mom” group concerned.

"One of the most popular conversations this week and last in our neighborhood groups, and even carpool line chatter, text messages, is 'Oh my goodness, my pediatrician is out of the flu shot!’" said the group's cofounder, Ashley Angelico.

RELATED: Health officials: It's time to give flu vaccine another shot

Senior citizens are concerned too.

"My husband went last Wednesday to get his annual flu shot and he was told that the senior vaccine was not available. And that upset me," said Shirley Hochhalter.

"After a bout of flu in 1972, I contracted pneumonia and I fell down getting out of bed. It was terrible," said her husband, Harold Hochhalter.

The CDC delayed the senior vaccine for a month to research what strains of the virus to cover this year, but now places like Majoria Drugs in Metairie have a good supply of that senior high dose and regular strength vaccines.

"We're filling medications for adults and children that actually have the flu and we're seeing 60-to-70 patients a day coming in to get flu shots to prevent the flu," said Majoria Pharmacist B.J. Guidry.

Children younger than seven cannot get the shot at a pharmacy, only from a doctor. Dr. Wasserman has plenty in his clinic. And the New Orleans Mom group told members that Children's Hospital clinics and LCMC Urgent Care clinics are well stocked.

It's not too late to get a flu shot, even if you've already had the flu.  It protects against four different strains and type A hasn't even hit here yet.