"I had sushi for the first time and I ended up having the tingling sensation to my throat, difficulty swallowing and breathing and I was rushed to Cedars-Sinai (Medical Center) where they gave me the epinephrine and Benadryl," Jordan remembers. 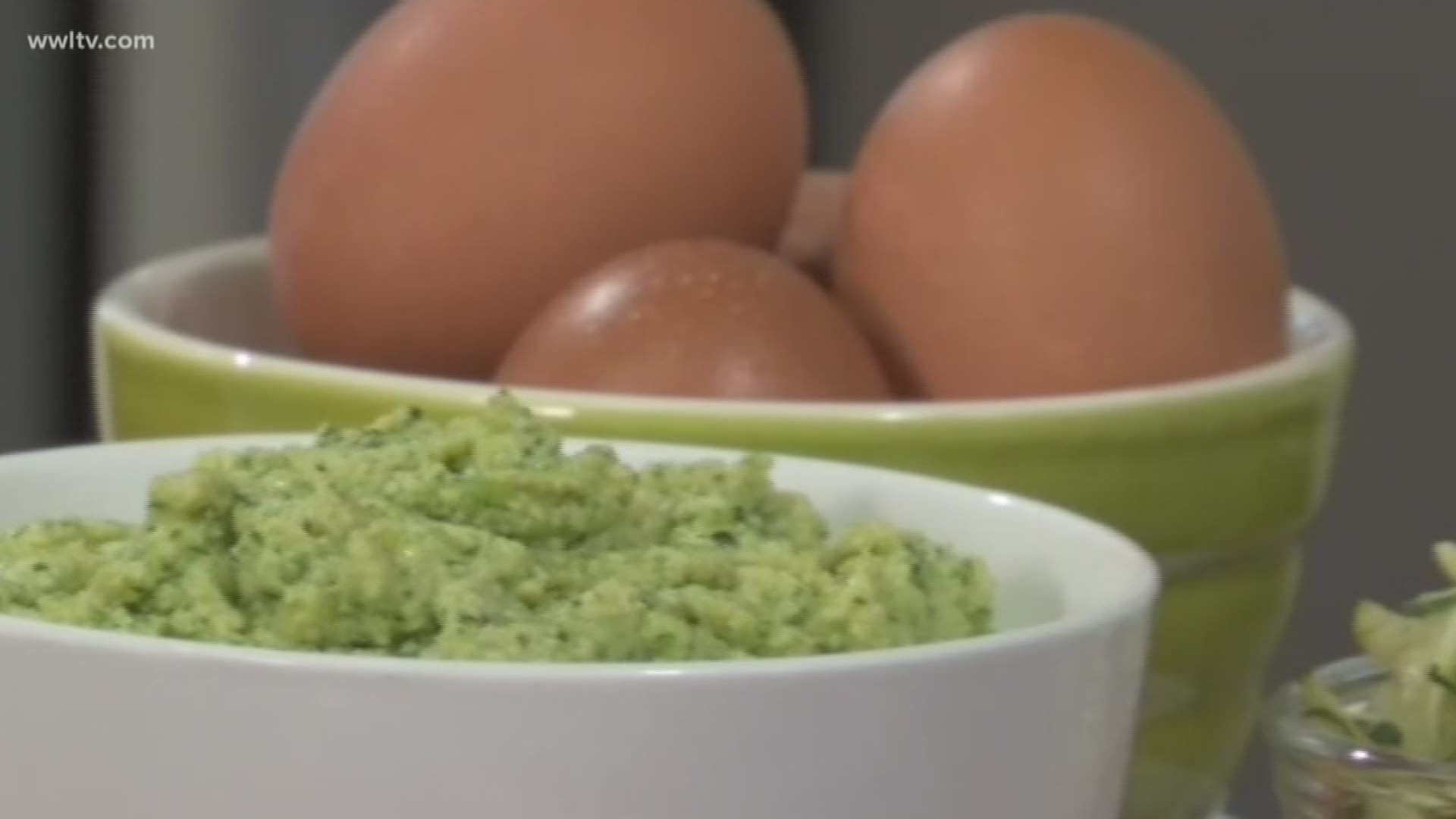 NEW ORLEANS — Imagine if you had to watch everything you eat, and question every ingredient at a restaurant or party. It may feel embarrassing or annoying but it could be life saving for people who have food allergies.

So why are food allergies are on the rise and can they can be prevented?

In the 1993 movie Mrs. Doubtfire, Stu reacts to his pepper allergy by choking on shrimp. In real life, his throat may have closed up and an EpiPen, not the Heimlich maneuver, may have been his only chance for survival. And while that classic scene is part of a dramatic comedy, food allergies are no laughing matter.

"I'm allergic to eggs, milk, shellfish, sesame seeds, and nuts. I used to be allergic to a lot of other things, but I just out grew them," said Reva Sus, a sixth grader at St. Paul Episcopal School. "When I'm having my allergy attack, I just feel like I need to throw up. My throat itches really bad and my tongue has a weird sensation and also my stomach just really hurts."

Sus, 11, carries an EpiPen at all times. She knows exactly how to inject it into her outer thigh. She also knows just how imperative it is to avoid her danger foods.

Sus remembers the time her family was traveling to India and the chicken she ate on the long flight, had egg in it.

Barbara Jordan remembers a scary food allergy reaction too when she was 18-years-old.

"I had sushi for the first time and I ended up having the tingling sensation to my throat, difficulty swallowing and breathing and I was rushed to Cedars-Sinai (Medical Center) where they gave me the epinephrine and Benadryl," Jordan remembers.

'It was extremely scary'

Jordan is a medical assistant for allergy specialist Dr. Jeffery Franklin. She gives the patients their allergy shots. Being an adult with food allergies and that traumatic experience led her to this career.

When asked if she thought she was going to die, she replied, "I really did. I was in the hospital for three days. They ended up incubating for one day. It was extremely scary."

Barbara and Reva are not alone. The latest data show food allergies are on the rise. There is a 61 percent increase from 2009 to 2016 in Louisiana alone. Barbara is among the 10 percent of U.S. adults who have a food allergy, with nearly half developing it as an adult.

"Certainly something that we have seen, and the literature suggests, that the incidence of food allergy is most certainly going up. And again, not entirely clear why that's the case," explained Dr. Jeffery Franklin, a board-certified allergist and immunologist at Allergies Answered in Metairie.

Dr. Franklin says while it's not understood why you can have a food your entire life and then suddenly become allergic, it can happen when you haven't eaten a certain food in a while, then something happens in the immune system and your tolerance drops off. To make matters worse for all of us who live to eat our Louisiana seafood, shellfish is the most common food allergy in adults. Some people can have a serious reaction just smelling it cooking.

"It's called tropomyosin, is the common protein that we've tied to shellfish allergies specifically. A lot of people have always blamed iodine, and the iodine content, and that's been very well disproven," said Dr. Franklin.

With a food allergy comes anxiety about going out to eat or to a party.

Fear of eating out with a group

"Usually when you're out with a bunch of people, you really don't want to look like that picky eater, but you also don't want to risk your life either," said Jordan.

For adults, it's unlikely you will ever outgrow your food allergy, as Reva has with some of hers.

She and her mom were in Dr. Reena Mehta's office for hours recently, taking a milk allergy food challenge to see if she had outgrown an allergy to milk that has been heated and broken down and baked into muffins.

"Eighty percent of children do outgrow milk and egg allergy by the time that they're school age," notes Dr. Reena Mehta, a board-certified Allergist and Immunologist at Uptown Allergy & Asthma.

Reva has not, so they are trying to trick her immune system to do so. Dr. Mehta says research shows you may be able to lower the risk of your child getting a food allergy.

"So we have really changed our concept of the way we think about food allergy and now have started to recommend, as soon as an infant starts solid foods, they should introduce allergenic foods pretty quickly afterwards," she explained.

If you're not allergic now, you may want to keep eating these foods

"It's good to keep allergenic foods in your diet in general, because then you're just maintaining a tolerance, because when you stop eating something, that's when you can become allergic," said Dr. Mehta.

Reva hopes things will change so she can just do what her friends do.

When asked what is most bothersome about her condition she replies, "I'd say at birthday parties. When I'm watching people eat, that's kind of annoying and also sometimes we have bake sales at school and obviously it's all eggs and milk," said Sus.

"The future is bright when it comes to food allergy treatments. Shellfish is probably going to lag behind when it comes to treatment compared to some of the other ones. The ones that are being most studied now are things like peanut, egg, milk," said Dr. Franklin.

For Reva and Barbara, the treatment can't come soon enough.

The doctors say you are more likely to have food allergies if it runs in your family, especially in a sibling, and if you have other allergies or asthma and had czema as a child.