Watch your step. Dirty needles on the street has New Orleans' attention 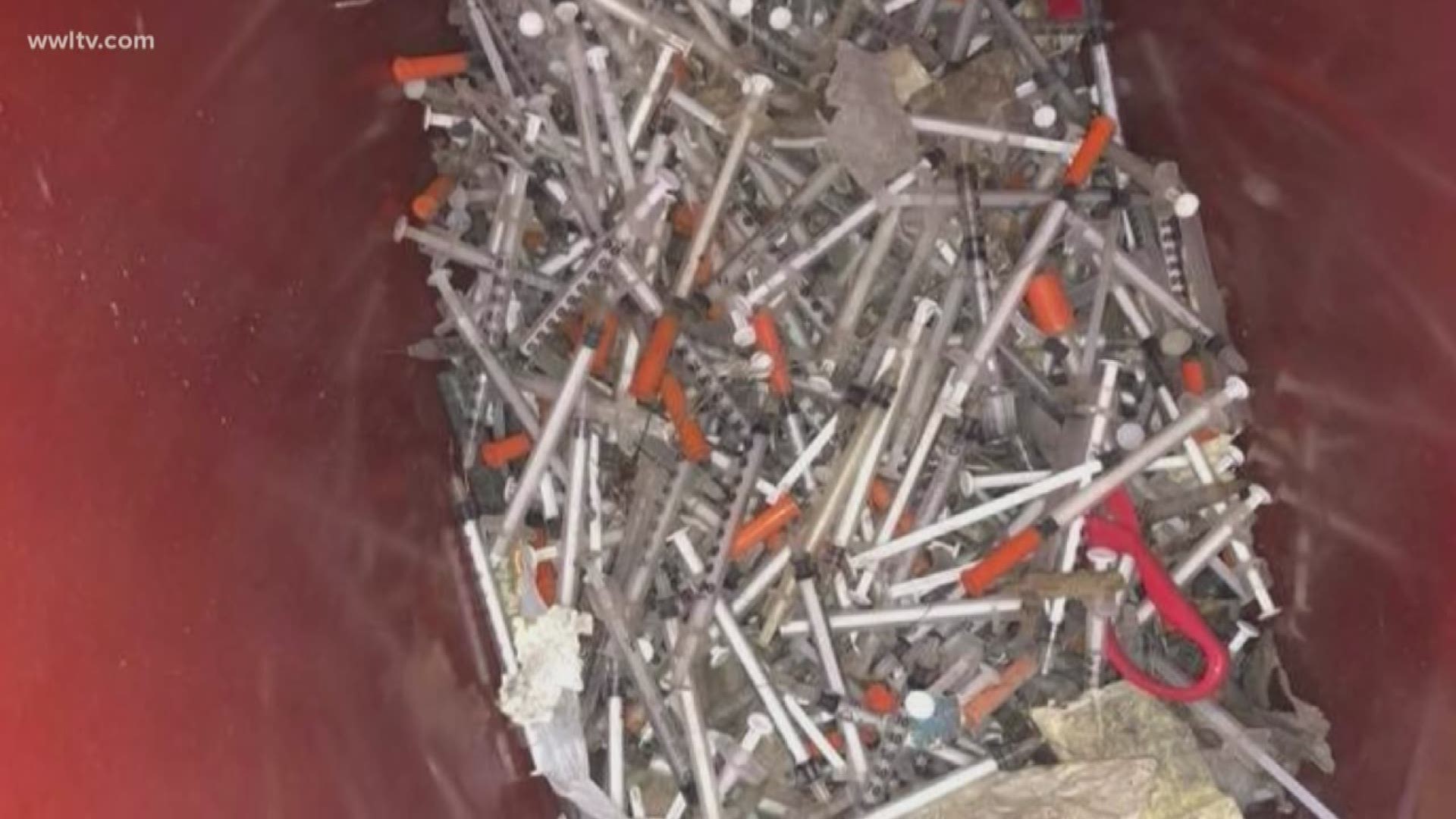 NEW ORLEANS — Because of the opioid epidemic, the city is installing special bins in public places in hopes of getting used syringes and needles off of the streets.

As the number of people who are addicted to heroin rises, so does the number of dirty needles and syringes in public places, but the city and some non-profit partners are taking steps aimed at cleaning them up, and preventing the spread of infection.

Monday I was out on a story and stepped down off the curb on Elysian Fields to take a picture to show how leaves were blocking the drainage. That's when some workmen shouted, 'Be careful. We always see syringes and needles in places like this.' They even said they saw a pile of them in the parking lot of a big box store.

There was even a post on an Old Metairie Facebook site to be careful when walking your dog because used needles were in the grass near a walking path.

"The use of opiates is a medical condition and we need to have ways to keep people safe, safe from infections and of course safe from overdoses," said Dr. Jason Halperin, an Infectious Diseases physician at CrescentCare and a Tulane Assistant Professor of Medicine.

Dr. Halperin says people can get clean syringes, dispose of used ones, and also get NARCAN, the overdose reversal drug, and it's all free. He says it helps prevent the spread of hepatitis C, hepatitis B, HIV and a heart infection they have seen increase by 40 times in young people.

"It is 100 percent a myth if we have access to clean needles there will be more use. That is a myth," said Dr. Halperin. "We have the ability of limiting any dirty needles that exist in the community."

Not only do people get free infectious disease testing at CrescentCare, but also access to addiction treatment.

"We have medication now that we can start in our clinic. It's called suboxone, that is incredibly beneficial to keep people who have opiate use disorder off of any IV drugs," he said.

The city is also installing safe places to deposit used needles in containers called a sharps bin. They are putting them in public library bathrooms, on some public busy corners and will work with the recreation department as well. You can also report dirty needles to the city 311 telephone line.

"They have puncture resistant gloves and sharps bins that they put them in," said Allison Dejan, the Prevention Programs Manager at CrescentCare.

CrescentCare says all these community efforts are focusing on prevention and changing lives.

"We are testing and treating infections that are also then transmitted in the community, so this is really an incredible gateway for health care," said Dr. Halperin.

And it's also saving lives.

The needle exchange program is every Friday from noon to 5 p.m. at 1631 Elysian Fields.

The doctor says although it's rare, CresentCare has help for anyone accidentally stuck by a dirty needle on the ground.

The city will have a map soon of the disposal locations. The first three sites are: 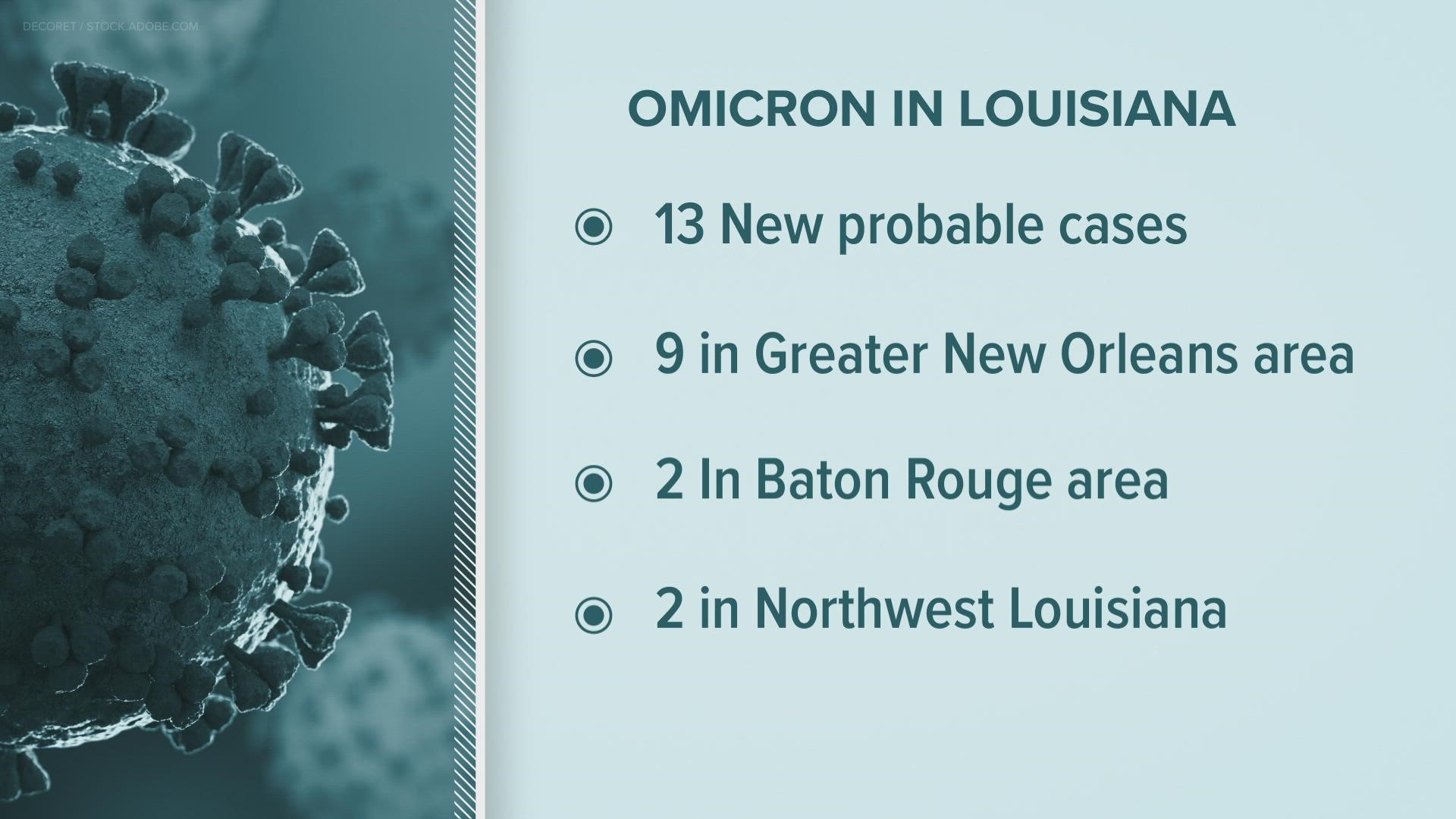 Looking at Omicron in Louisiana