He was out of options for brain treatment. Then, he came to New Orleans

For the last 10 years, a motivational speaker kept getting devastating news about his health and future from top doctors. That was until he came to New Orleans. 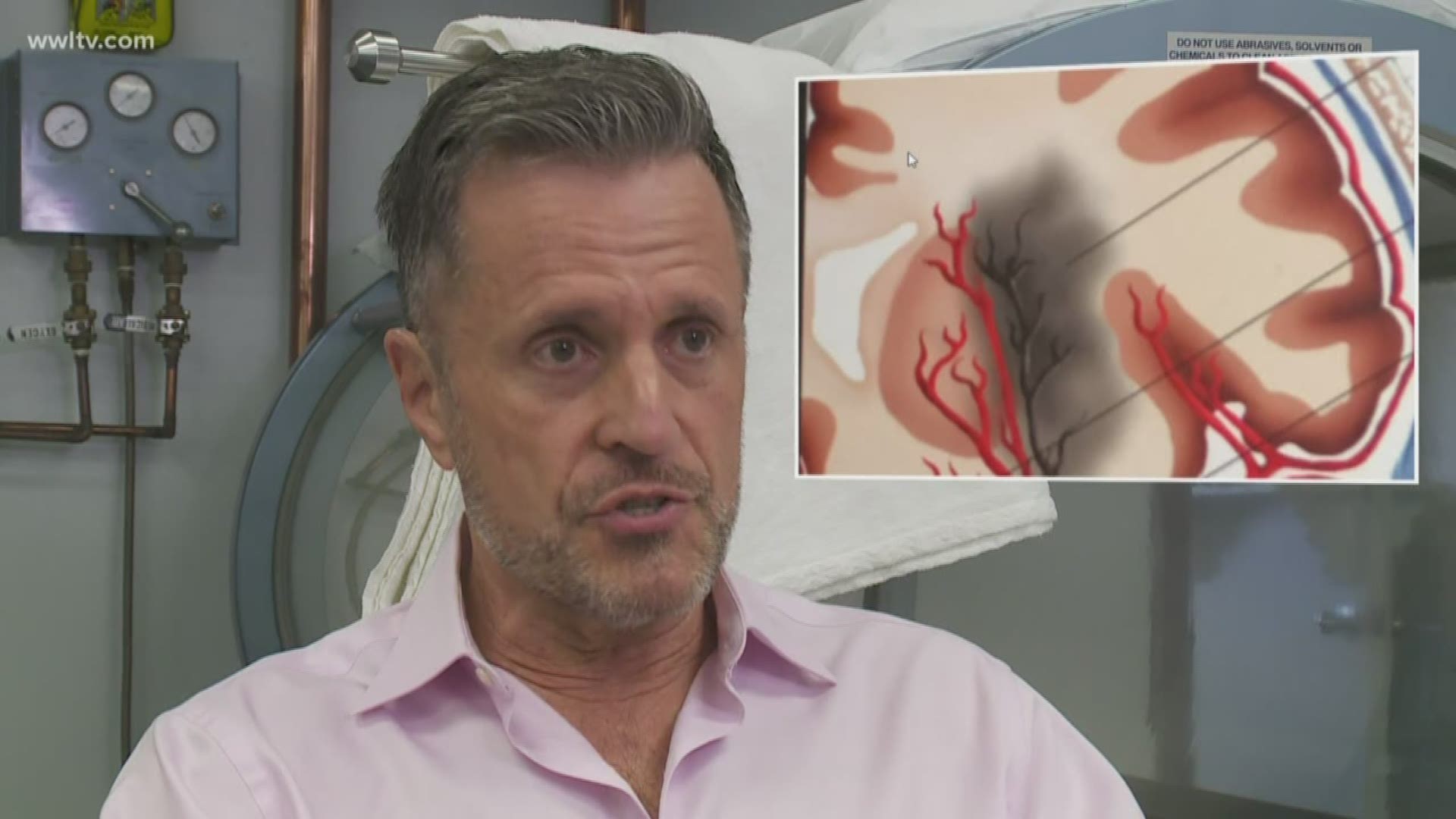 NEW ORLEANS — For the last 10 years, a man kept getting devastating news about his health and future from top doctors. That was until he came to New Orleans, where a local doctor gave him what he needed most, hope.

For years, David Kramer was successful and happy, enjoying a commercial real estate development career in Cleveland. Then in 2008, something changed and kept getting worse.

"The whole top of my head from here (in front), all the way to the back, it was a constant ongoing pressure. In years, just the last few years, it literally just put me on the couch, and really unable to do anything," said David Kramer, 64.

He started losing short term memory and balance. There were brain surgeries. Doctors in Cleveland thought he had fluid in the brain, but later it was diagnosed as microvascular ischemia.

"They said, 'David, you're having these chronic ongoing small brain strokes in your brain continually. There are areas of your brain that are just dying. It's going to continue to happen. We're sorry, there's really nothing we can do for you,'" Kramer said.

Only in his 60s and determined not to be in a wheelchair in a nursing home, he searched online and found Dr. Paul Harch, the Director of Hyperbaric Medicine at LSU Health.

"His brain has atrophied. On MRI, he's lost both the gray matter, the cells, and the white matter, all the connecting tracks," said Dr. Harch, who also has a hyperbaric medicine practice in Marrero.

"All of the evidence is pointing to stimulation of growth of new brain tissue. He never could have done this interview with you, what, four months ago when he came down here," said Harch.

ALSO: Protecting your teen athletes in the summer's heat

"The head pressure has been reduced by about 35 percent now, that's, I couldn't get off the couch the year before, you know, and my memory has improved," said Kramer, who has now undergone 45 of about 120 treatments.

Since his condition will progress, David will need a small home hyperbaric chamber, but his progress has allowed him to try motivational speaking again; only now, he has a new topic to talk about.

Insurance does not pay for brain treatments, so if you'd like to help David, click here for his GoFundMe page