'His footsteps were small, but mighty' - family reacts to kindness, donations

"I just felt so much love and I wish I could have him back so bad. Just the love you feel from a baby, it's just something you can't describe," said Alex Manguno. 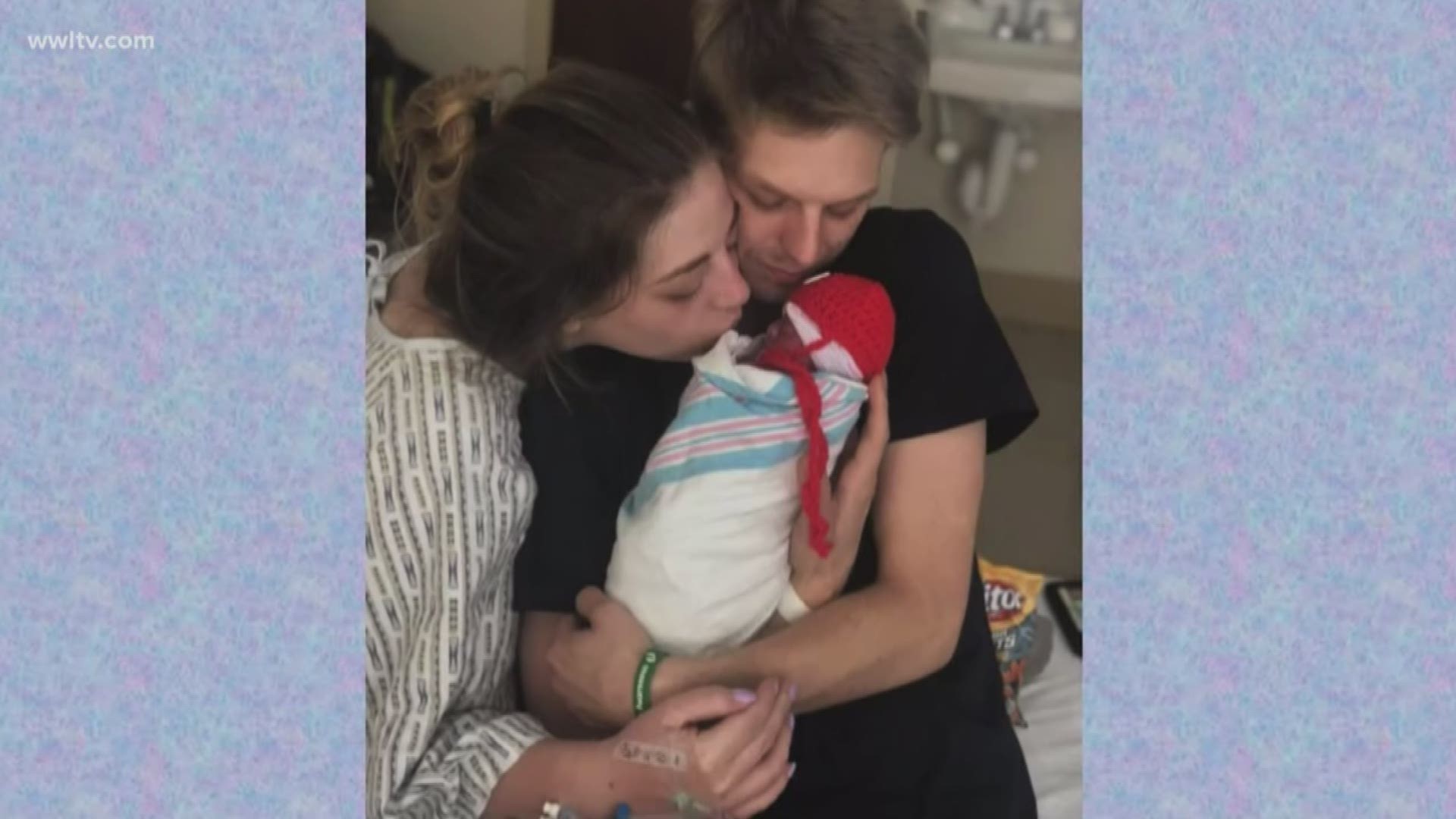 GRETNA, La. — Now an update to a touching story a family shared with us last week.

When a mom and dad lost their newborn, they wanted to bring awareness to a brain birth defect and how taking folic acid might help prevent the heartache they are going through.

A Northshore family was watching that story and reached out to help.

"I just felt so much love and I wish I could have him back so bad. Just the love you feel from a baby, it's just something you can't describe," said Alex Manguno, Luke's mother.

When new mom and dad Alex Manguno and Chris Ditta of Gretna shared their heartache of loss of their baby Luke Michael Ditta, 80 miles away in Amite, Dr. Valerie Richardson was watching.

RELATED: 'I wanted to give him a life' - couple talks about impact of baby who lived for only 17 hours

Alex and Chris were told baby Luke had an anencephaly, a severe brain birth defect and would not live long, but against all odds they decided to bring him into the world.

"I saw the strength of a mother and the compassion a mother had, to still want to bring her child into the world and give it a fighting chance," said Richardson, Treasurer-Secretary and Co-Owner of Richardson Funeral Home, Inc. in Amite.

The family owners of Richardson Funeral Home in Amite decided to act. They saw the compassion of their grandparents and parents over the decades in the business and wanted to pass on the legacy.

"That would be something, she's following in her dad's foot steps She's a chip off the old block," said Alex Richardson III, President of Richardson Funeral Home Inc. about his cousin Valerie having the same compassion as her father the late Earl Richardson.

They asked us to tell us to tell Luke's family they would donate their services for his funeral.

"There are just no words to describe. How these people can do this for us that don't even know us. It just fills my heart and like I said, it gives me hope again," said Roxane Murla, Luke's maternal grandmother.

At the same time, family friends at Robinson Funeral Home in Belle Chasse donated the cremation, and Abby Rose in Violet donated the hall for the service. Luke's dad sees how a life, only 17 hours long, made an impact.

"His footsteps were small, but mighty, and brought everybody close together," said Chris Ditta, Luke's Father.

Baby Luke's family is also grateful for the donations on GoFundMe for his medical expenses.

The family also thanks Reverend Robert Perret for volunteering his time for the service and Luke's aunt, Macy Murla Nation, for making a video of the baby and for all the work to help get donations for the funeral.