How bad is the West Nile Virus this year in Louisiana?

"We're seeing a higher number of cases than we did last year," 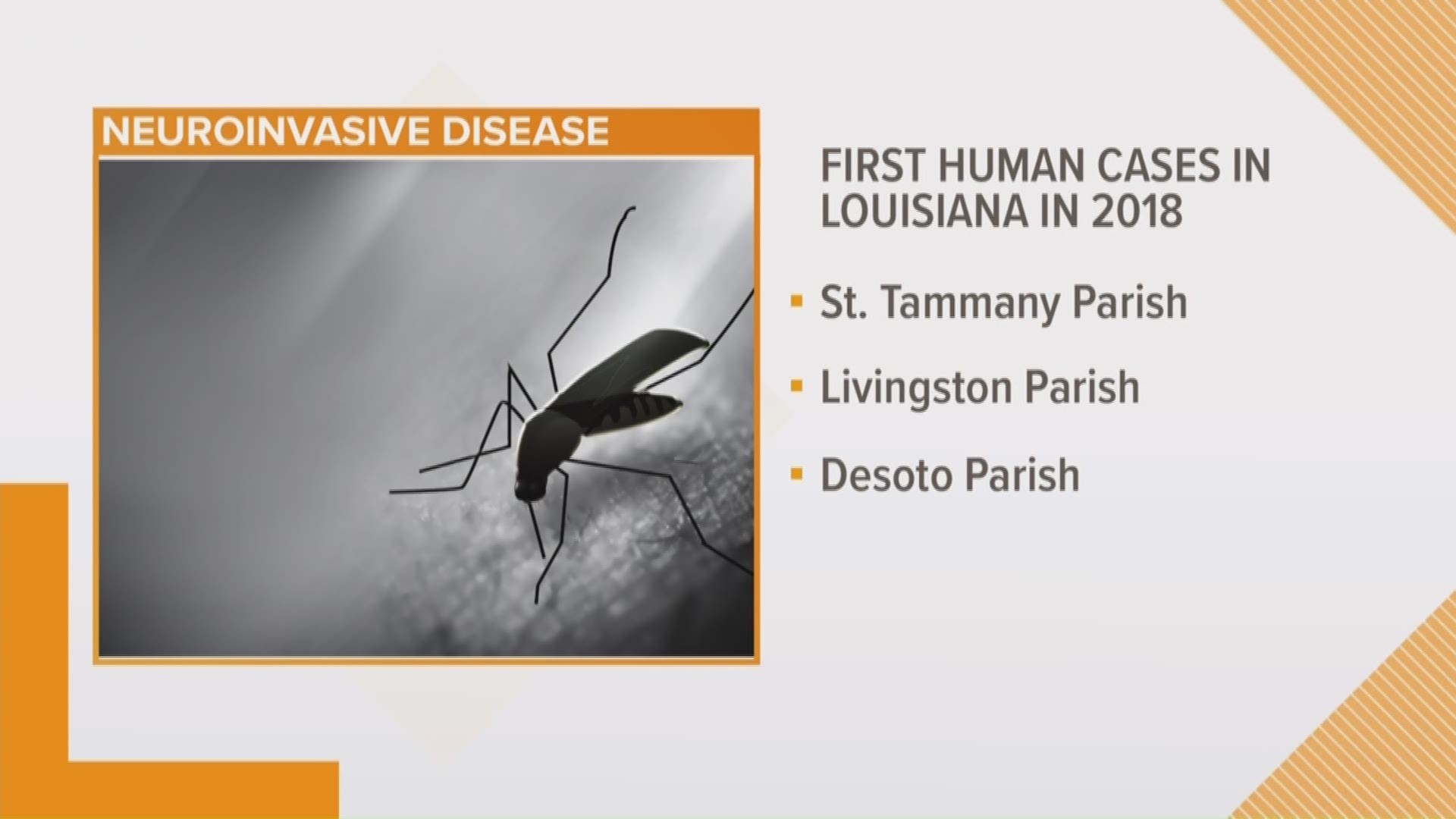 Fifty-three cases of West Nile Virus had been reported in Louisiana as of Aug. 11, according to a recent report from the state Department of Health.

East Baton Rouge Parish had the most cases in 2018 (12), followed by Caddo (seven) and Ascension (seven), and Ouachita and St. Tammany (both six).

"When we first started collecting data, it was such a new virus that more people were getting tested," said Martha Whyte, a regional medical director and administrator with the Louisiana Health Department. "You see those numbers dropped off."

Whyte compared the virus to the flu.

"We're seeing a higher number of cases than we did last year," she said. "It's gonna come every year and some years are worse than others. And a lot of times, it has a lot to do with how much we're actually testing the people."

The virus is spread to humans most commonly through mosquito bites. You'll mostly like see the virus during "mosquito season," which runs from summer through fall, according to the Centers for Disease Control and Prevention.

The state breaks down the virus into three categories: neuroinvasive disease, fever and infections that show no symptoms.

About 80 to 90 percent of people with the virus show no symptoms. A few will show serious symptoms associated with the neuroinvasive disease.

Thirty-one of 53 reported cases in Louisiana were in the neuroinvasive category as of Aug. 11.

More cases of West Nile Virus probably go unreported in Louisiana because most people show no symptoms, Whyte said. It takes anywhere from three to six weeks from the time you're bitten to being diagnosed. If you have symptoms, you'll start showing symptoms around two weeks, she said.

"Those are the people who actually have the worst infection," Whyte said. "They are the ones that have either the meningitis or encephalitis."

Betty Humphries, an 80-year-old Shreveport resident, said Friday that she suffered from the worst of the West Nile symptoms.

"I guess maybe I'd gotten bitten by a mosquito," she said. "I water my yard and stuff. I sit on the porch and have coffee."

Humphries said she first started feeling sick July 29. Her head hurt. She could hardly get up and walk. The next day, her sister took her to an urgent care medical center.

"My bloodwork was just all over the charts," she said. "They thought I might have West Nile."

A blood test later confirmed she had the virus, and a spinal tap confirmed other symptoms.

"I had a spinal tap and it showed that I had like meningitis and a form of encephalitis too," she said.

No vaccines or medications will treat the virus in people, the CDC reports. Humphries said she's starting to feel better even though she didn't sleep much Thursday night.

"You just have to hope that your system can fight it off," Humphries said. "It's unbelievable. ... It just takes all of your energy."

In Caddo Parish, the department of animal services and mosquito control is responsible for mosquito prevention, including within the city limits of Shreveport.

The parish has a mosquito control manager who performs daily tests to determine where mosquito larvae are developing, said parish spokesperson Krystle Grindley. That determines, in turn, what areas will be sprayed.

Spraying helps but works only when mosquitoes are flying, Whyte said.

"It is not as effective as the pellets they put in standing water. It helps but only works on the mosquitos flying when it is in the air," Whyte said.

The Louisiana Department of Health advises people to shut exterior doors, remove standing water and wear bug repellent and long sleeves when out during the cooler parts of the day. Mosquitoes are usually out in the heat of the day.

"You can't get rid of mosquitoes in Louisiana," Whyte said.