"The take-home message really is if you notice a hearing loss, especially if you notice that one ear is weaker than the other, that's a medical situation." 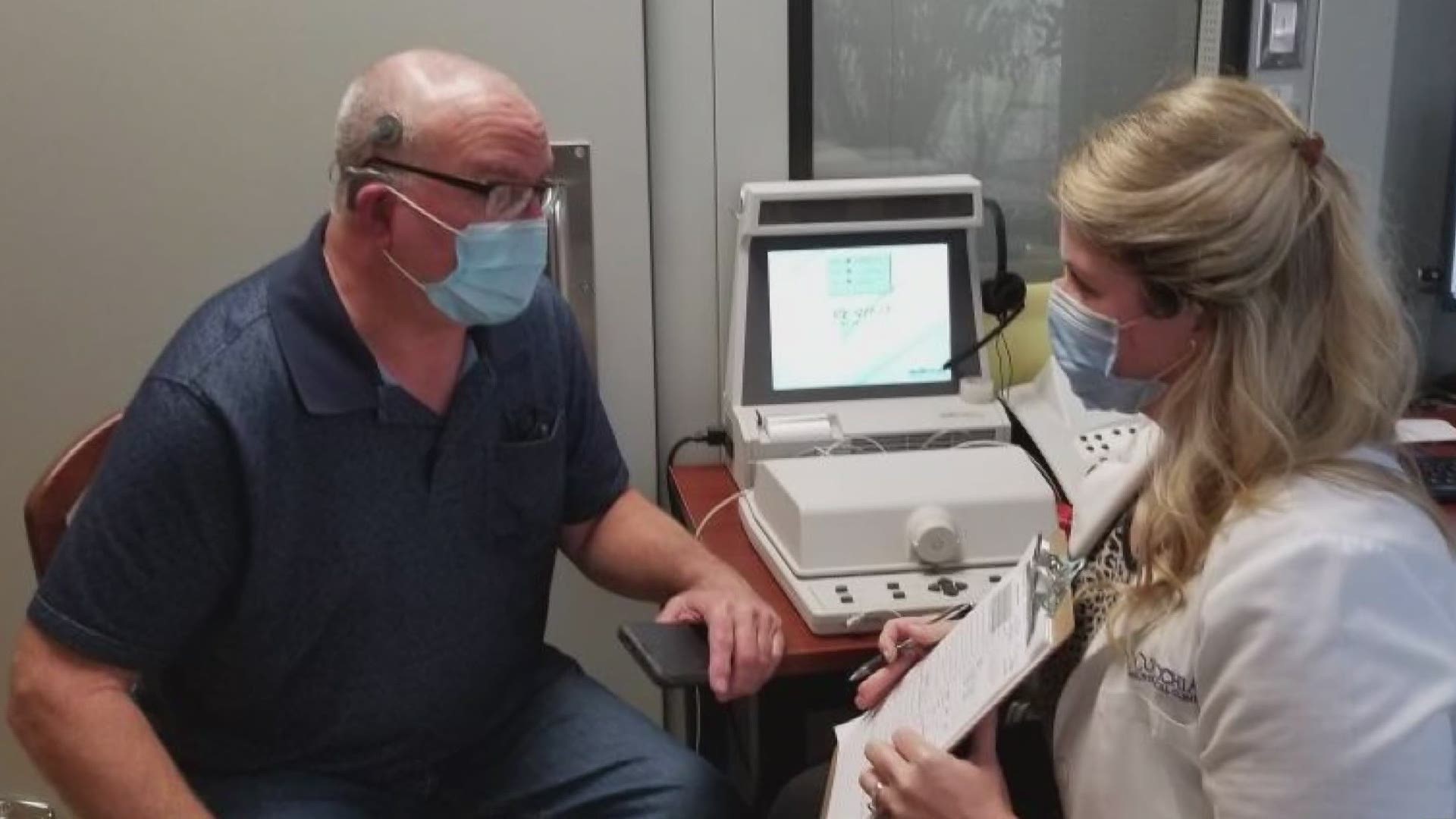 NEW ORLEANS — A man who described himself as a talkative social butterfly says he slowly became isolated and depressed as he lost his hearing, but local doctors discovered what was causing his deafness and now he has partial hearing back for the first time.

Jacqueline and Perry Hauck had something extra to celebrate at Christmas.

“’Can you really hear me? And he said, ‘Yes, I can really hear you.’ And I started crying,” Jacqueline Hauck said on the doctor’s video Christmas card about her husband Perry after his surgery.

Over the last 20 years, Perry gradually lost his hearing.

“I started accusing people of mumbling when they spoke,” said Perry Hauck, 59.

He accepted it as damage from working around loud machinery and entertainment venues. Eventually, hearing aids stopped helping.

“It's very isolating. It's hard to explain how much you rely on your hearing. It really hurts," he said. "You don't feel like a complete person anymore."

But LSU Health Neurotologist Dr. Moises Arriaga and Neurosurgeon Dr. Frank Culicchia discovered it was a genetic condition that causes tumors on the hearing nerve and other nerves.

“A benign tumor can cause a lot of problems. And for patients with neurofibromatosis 2, or we call it NF2, it's a big deal, because it's putting pressure on their brain, on the stem of the brain, and it can even be fatal if it gets big,” said Dr. Arriaga of LSU Health Sciences Center and the CNC Hearing and Balance Center at Culicchia Neurological on the west bank.

The doctors removed tumors on the right, and because there was nerve damage, put in a cochlear implant so Perry can partially hear again.

“I still can't believe, I'm still in a state of shock,” Perry Hauck said. “I can hear my 4-year-old grandson. I didn't know what he sounded like at all.”

Perry's left ear hearing is too far gone to restore. When conditions like this are diagnosed earlier, there is a higher chance more hearing can be saved.

“The take-home message really is if you notice a hearing loss, especially if you notice that one ear is weaker than the other, that's a medical situation,” Dr. Arriaga  said.

Perry could not wait to hear his favorite song, "Pledging My Love." His father sang it with his band. He thanks his doctors for that.

“They are the true heroes of the story. They really are. They took a person that was scared to death, put me at ease,” Hauck said.

And the doctors said there is another reason to get help for hearing loss. Science is showing that loss in the high-frequency range, predisposes you to develop Alzheimer’s or dementia.