He taught them to do simple life-saving procedures first, such as using tourniquets and clearing airways, before the major ones. 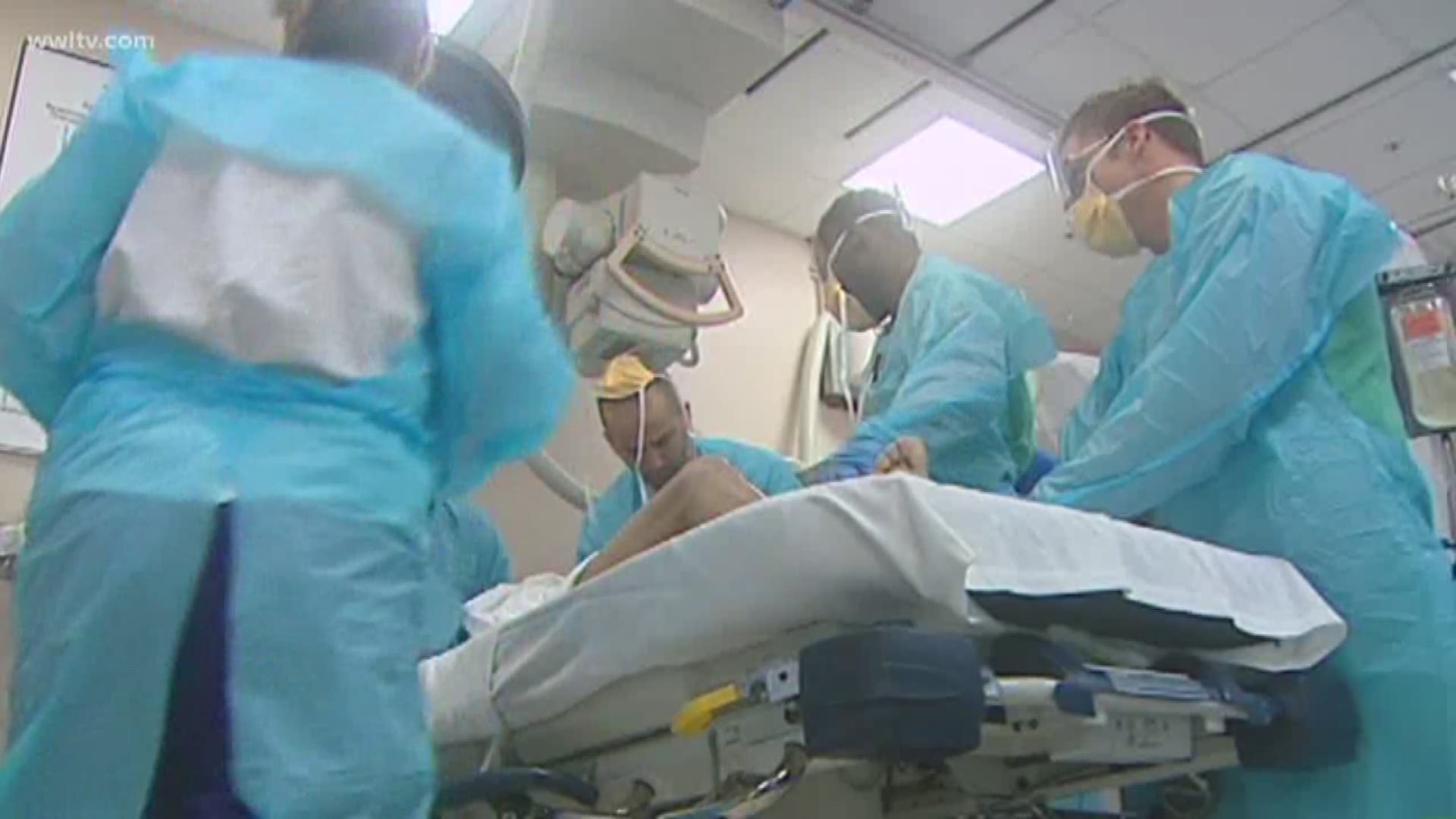 NEW ORLEANS -- They witnessed the pain and bloodshed of the deadly mass shooting in Las Vegas and now they're helping others prepare.

The Level I Trauma Center in New Orleans at University Medical Center reached out to the medical team that helped save lives on the bloody day when a man opened fire on a concert. Now, they're passing on precious advice about saving lives during a mass casualty incident.

Doctors at Sunrise Hospital in Las Vegas, had anywhere from 230-to-300 injured patients arrive quickly. And then there was the unknown. Were there multiple shooters and could one come to the hospital?

"So, we treated it as a battle zone, a war zone. So it was lock down. We had the police there, SWAT teams there," said Dr. Dave MacIntyre, a Trauma Surgeon and Surgical Critical Care physician at Sunrise Hospital in Las Vegas where he is also the Medical Director.

MacIntyre and nurse Dorita Sondereker of Sunrise Hospital, are spending time with the staff of the Emergency Department and Level I Trauma Center at UMC, to pass on the valuable life-saving lessons they learned.

"I think their response was remarkable, and we invited them here today so we can see what they did and we're never going to stop growing our plan," said Registered Nurse Ann Mouille, the Charge Nurse in the Emergency Department at UMC.

"It's one of the things we worry about because a lot of people with penetrating trauma need to be in the operating room quickly," Dr. John Hunt said about patients with gun shot wounds. He is an LSUHSC Trauma Critical Care Surgeon and the Trauma Medical Director at UMC.

One valuable lesson that made a difference in Las Vegas was military tactile combat casualty care training. Dr. MacIntyre had that training from well known New Orleans trauma surgeon, the late Dr. Norman McSwain. He taught them to do simple life-saving procedures first, such as using tourniquets and clearing airways, before the major ones.

Another lesson Dr. MacIntyre learned from the mass shooting, was the massive number of people who arrived in private cars untreated by EMS.

"You have a huge traffic jam. So, I recommend you get all the gurneys out of the trauma bays out front and as people come, they're loaded up on the gurneys and then they're brought into the trauma system," Dr. MacIntyre said.

Another lesson was how to organize your medical staff.

"There's no recipe for it," said registered nurse Dorita Sondereker, the Administrative Director of Emergency Services at Sunrise Hospital. She says the medical staff was very organized that night.

And even though there is no recipe, they know training is the best medicine.

The doctors say the best thing you can do to help is to get to a blood center and donate blood.

With gun shots, local trauma surgeons say they've had to use anywhere from 20-to-40 units of blood on a single patient.