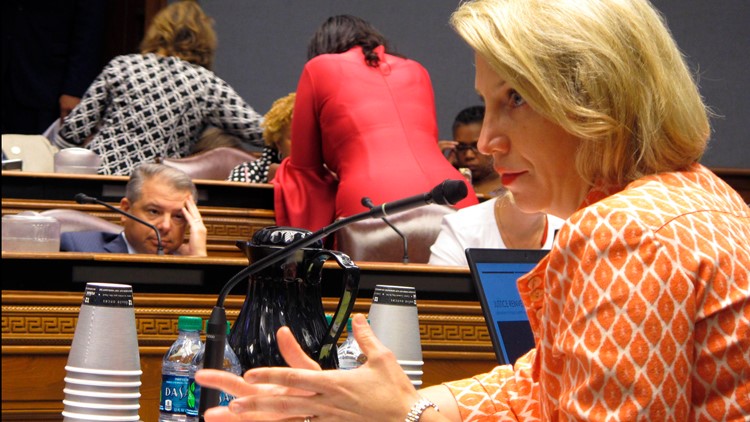 The health department's decision comes a day after Louisiana's chief procurement officer Paula Tregre refused to let the agency work on plans to switch some Medicaid contractors in January while Tregre is determining whether the contract awards followed state law.

Five companies currently manage care for most Medicaid patients under multibillion-dollar contracts expiring at the end of December. The Edwards administration chose four companies for the work starting in 2020. Two losing bidders, both of whom currently hold Medicaid managed care contracts with the state, are formally protesting that decision.

Tregre on Wednesday rejected a health department request to negotiate contract terms during the protest over contract awards. The emergency contracts will aim to keep the five current companies in place without disrupting health care access for Medicaid patients until the protests are resolved.

"This will ensure that Medicaid enrollees and the providers who serve them have continuity when the current contracts expire at the end of the year," health department spokesman Bob Johannessen said in a statement.

He said the agency "is taking the prudent and conservative approach."

The health department will start conversations with the companies Friday about possible terms of the emergency contracts, Johannessen said. The deals can last no longer than a year, he said.

The two losing bidders for the Medicaid contracts, Louisiana Healthcare Connections and Aetna Better Health, are formally protesting the contract awards, accusing the health department of a biased bid review rife with conflicts of interest.

The contract negotiations automatically stopped when the protests were filed, but Health Secretary Rebekah Gee asked to allow her agency to resume work to move to the new contracts by January. Louisiana Healthcare Connections and Aetna asked Tregre to keep the department from moving ahead with new contracts while their protests are pending.

The health department argued that delays could jeopardize services to Medicaid patients.

"It has not been shown to me that the substantial interests of the state would be advanced if the stay were lifted, as LDH has already represented to the Legislature that there would be no disruption of services to current Medicaid enrollees (if) the protest review process were to extend beyond the expiration date of the existing contracts," Tregre wrote.

The Edwards administration has defended the bid review and scoring process as following Louisiana law, with the new contracts aimed at improving health care and lowering costs. More than 500,000 Medicaid patients would have to switch to new health plans under the change.

At issue are contracts for private insurance companies to oversee care for about 90% of Louisiana's Medicaid enrollees, an estimated 1.5 million people — mostly adults covered by Medicaid expansion, pregnant women and children. The contracts are among the largest in state government, accounting for roughly one-quarter of the state's annual operating budget.