“I think it is a breakthrough. It's a novel therapy for patients that have few treatment options and it prolongs survival,” 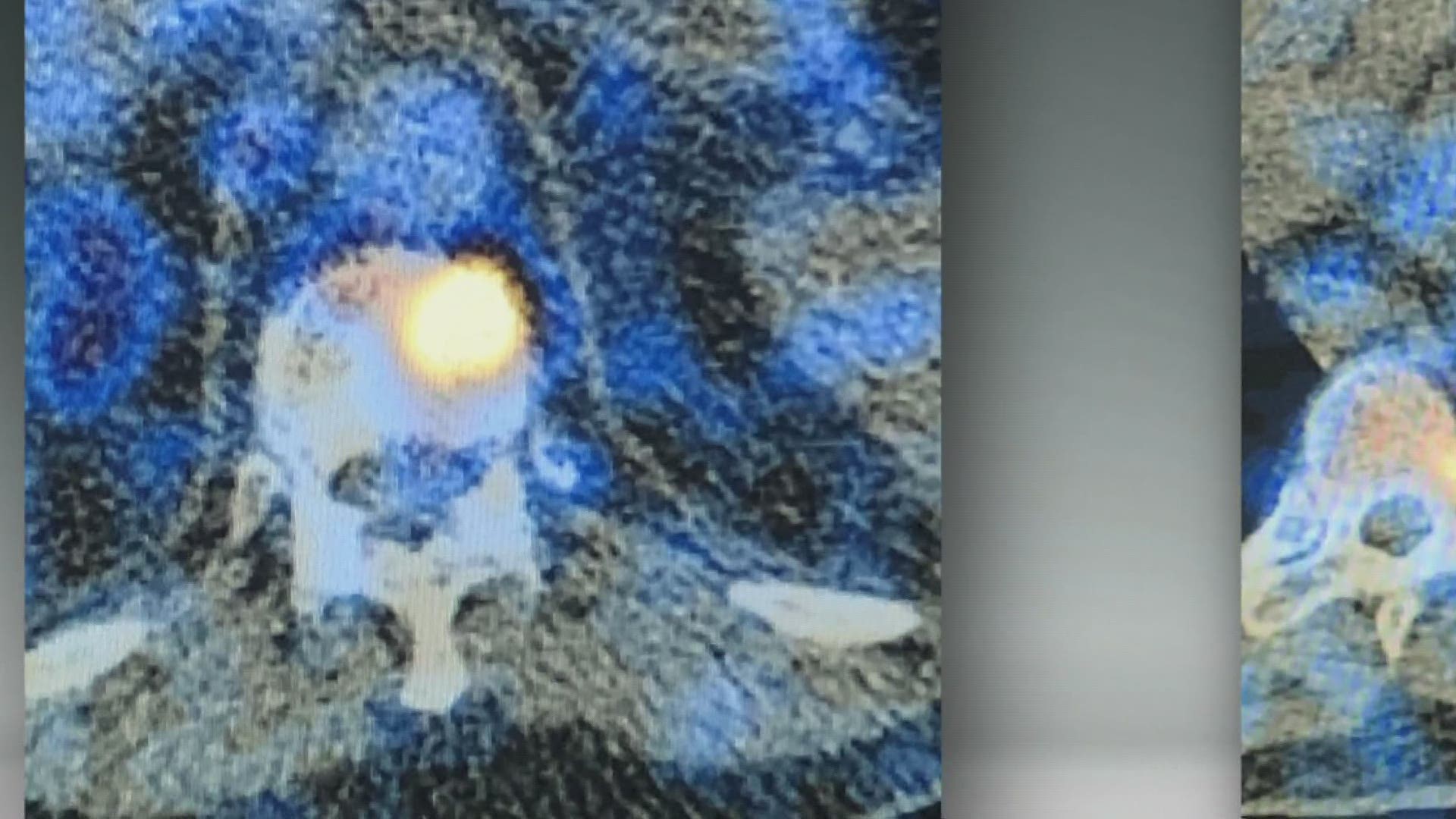 NEW ORLEANS — When prostate cancer is found early in men, it is treatable, but sadly with advanced cases, others run out of treatment options.

But now a local doctor helped bring a new and different type of cancer treatment to men in a worldwide clinical study, and the promising results are in.

Too often, especially if men don't have regular checkups, prostate cancer is found after it has spread.

“I rather catch it early and get somebody cured instead of dealing with somebody with advanced disease. I'd take that every day, every day of the week, said Dr. Oliver Sartor, Medical Director of the Tulane Cancer Center and Associate Dean for Oncology.

“I think it is a breakthrough. It's a novel therapy for patients that have few treatment options and it prolongs survival,” said Dr. Sartor, who was the Co-Principal investigator on the study along with his colleague in Germany.

It's a whole new field called theranostics. The study was on 831 men who had run out of treatment options. Late-stage prostate cancer had spread to the bones and throughout the body. They were injected with a molecule called PSMA-617. It then finds its way and only locks on to the cancer tumors, giving them molecularly targeted radiation.

“You have to think about it as targeted radiation therapy, but Meg, this is so targeted, it only comes out about one millimeter around the tumor. So it doesn't radiate normal tissues.”

“We will bring this therapy into earlier stages of the disease and I think we're going to do much better when we do so,” Dr. Sartor said.

He is hoping the treatment could get FDA approval within the year.

“The most important message is that we're making progress in prostate cancer. I think it's critical to understand that we need to make more progress.”

And this, he says, is a step along the way.

Dr. Sartor will have two new clinical trials on this breakthrough treatment beginning later this summer.

RELATED: COVID vaccine trial available for children as young as 5