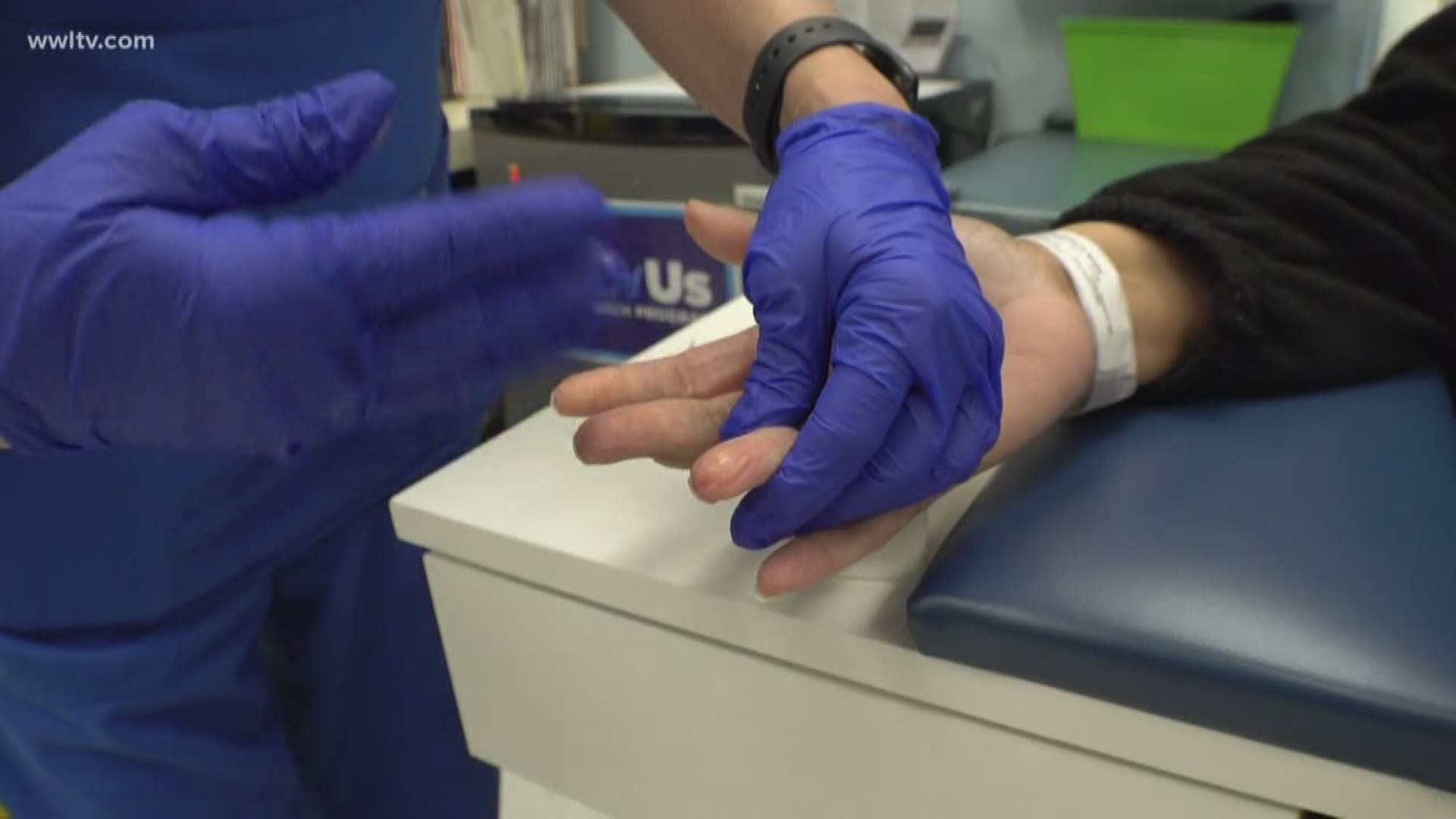 NEW ORLEANS — With all the good food in the city, especially now around Carnival time, it's hard for anyone to avoid sugar, but it's especially important to do so if you have diabetes.

A recent study highlights the latest on a plan that helps people with type 2 diabetes. And local patients say that studies in New Orleans are helping them control blood sugar.

Shellie Fraise knew she was at risk for type 2 diabetes.

"I got depressed, and then when they told me I had to take insulin, there was more depression. You have to stick yourself and then you have to watch what you eat," she said.

Shellie says joining free diabetes studies at Tulane is helping her manage her condition. She has more frequent access to health experts and study medications are free.

"It helps you get control because you're held accountable," said Fraise.

Chief of Tulane Endocrinology, Dr. Vivian Fonseca, says what's learned from studies is changing treatment. A recent three month study in the United Kingdom showed that diabetics, who ate just 800 calories a day of a prepackaged food plan, and got eight hours total of expert nutrition counseling, lost 30 pounds. It was the first time study patients got help through their primary care doctors.

"About 50 percent of people managed to come off of their diabetes medications completely, and stayed off for a year. And they call that remission of diabetes which I think is great," said Dr. Fonseca.

But the group just told to lose weight with one-time advice from a dietician, did not do nearly as well. The take home message: when the serving size and calories are already counted, and you have support counseling,  there are big health benefits.

And since it's Carnival season, what does Dr. Fonseca, the former president of the American Diabetes Association say about king cake?

"I love New Orleans traditions, but we need to think about what it really is. It's a lot of white dough and sugar," said Dr. Fonseca.

"Instead of eating three pieces of king cake, I only eat one," laughed Fraise.

And knowing king cake spikes blood sugar is most likely known by all locals, with and without diabetes.