"Let's not leave anyone behind," Tête said. 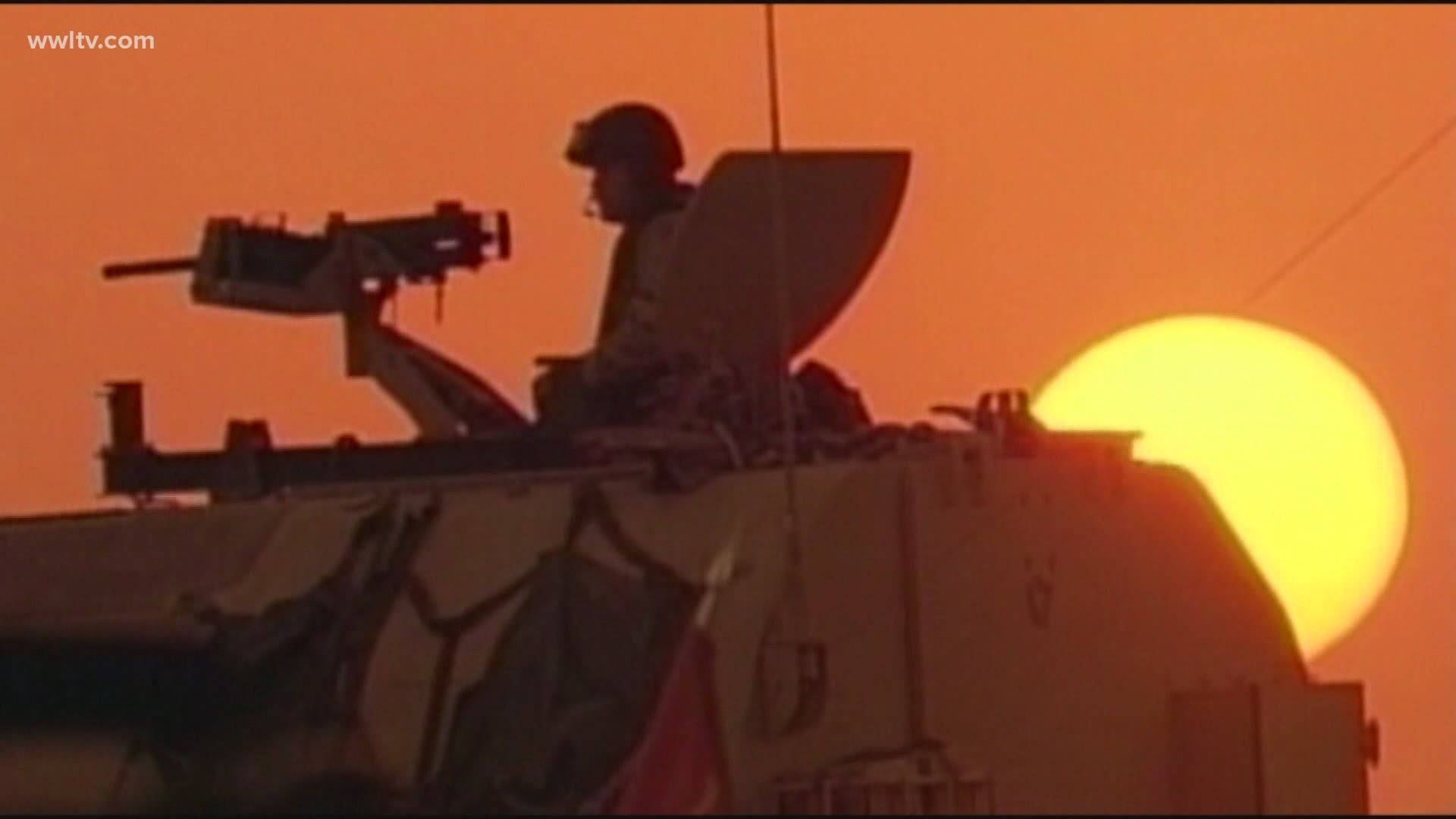 A local program is working to help many of these veterans who may slip through the cracks. As an Iraq war veteran himself, Dylan Tête, executive director of Bastion Community of Resilience, works with other veterans every day who are transitioning from military to civilian life. Bastion is a housing and supportive services program for veterans in the New Orleans area.

"For many of my comrades, isolation is a huge barrier and so were finding warriors who have been sitting on the couch in their home with not much socialization and they've slipped through the cracks and we're pulling them up," Tête said.

Aside from the many visible, physical wounds he sees, he also witnesses the invisible wound causing memory loss, anger, and depression. TBI is damage to the brain from a jolt to the head.

"Traumatic Brain Injury is the signature wound from the wars in Iraq and Afghanistan due to the extensive use of roadside bombs," Tête said.

Because it's not visible from the outside, TBI can go undiagnosed.

"For many who are struggling, there's a critical period where if they're not getting treated, they're developing unhealthy coping mechanisms," Tête said.

An investigation by CBS News said the VA requires all Iraq and Afghanistan vets to undergo a simple four question screen for TBI during their first visit. That will lead to more evaluation if needed.

Nationally, 60 - 80 percent of vets who screen positive are ultimately diagnosed with TBI, but according to documents obtained by CBS News, in New Orleans, the rate is 18 percent. A whistleblower told CBS News, there is a list of more than 1,500 veterans that the New Orleans VA failed to properly assess for TBI from 2009 to 2019.

"I'm not in the federal oversight and accountability business, I'm in the business of reconciliation and it seems to me if there is a list, that list of warriors should be reconciled and it's not only an invitation. To me, what that means is an invitation to get treatment," Tête said.

Bastion recognized the need for more TBI services, so a year and a half ago they started the Headway program to offer more assistance to veterans who may have slipped through the cracks.

"Now they're successful, they're making those successful life course transitions and we can pull up more who have slipped through the cracks," Tête said.

Headway helps veterans with TBI work towards independence and improve skills while offering a supportive network.

Tête believes programs like this are crucial, especially for veterans who may be undiagnosed with this invisible wound.

"Let's not leave anyone behind," Tête said.

You can watch the CBS News investigation here.