New psoriasis treatment uses light therapy, how to get in on the study

"It's safe. People can even do it when their pregnant. You can use it in children." 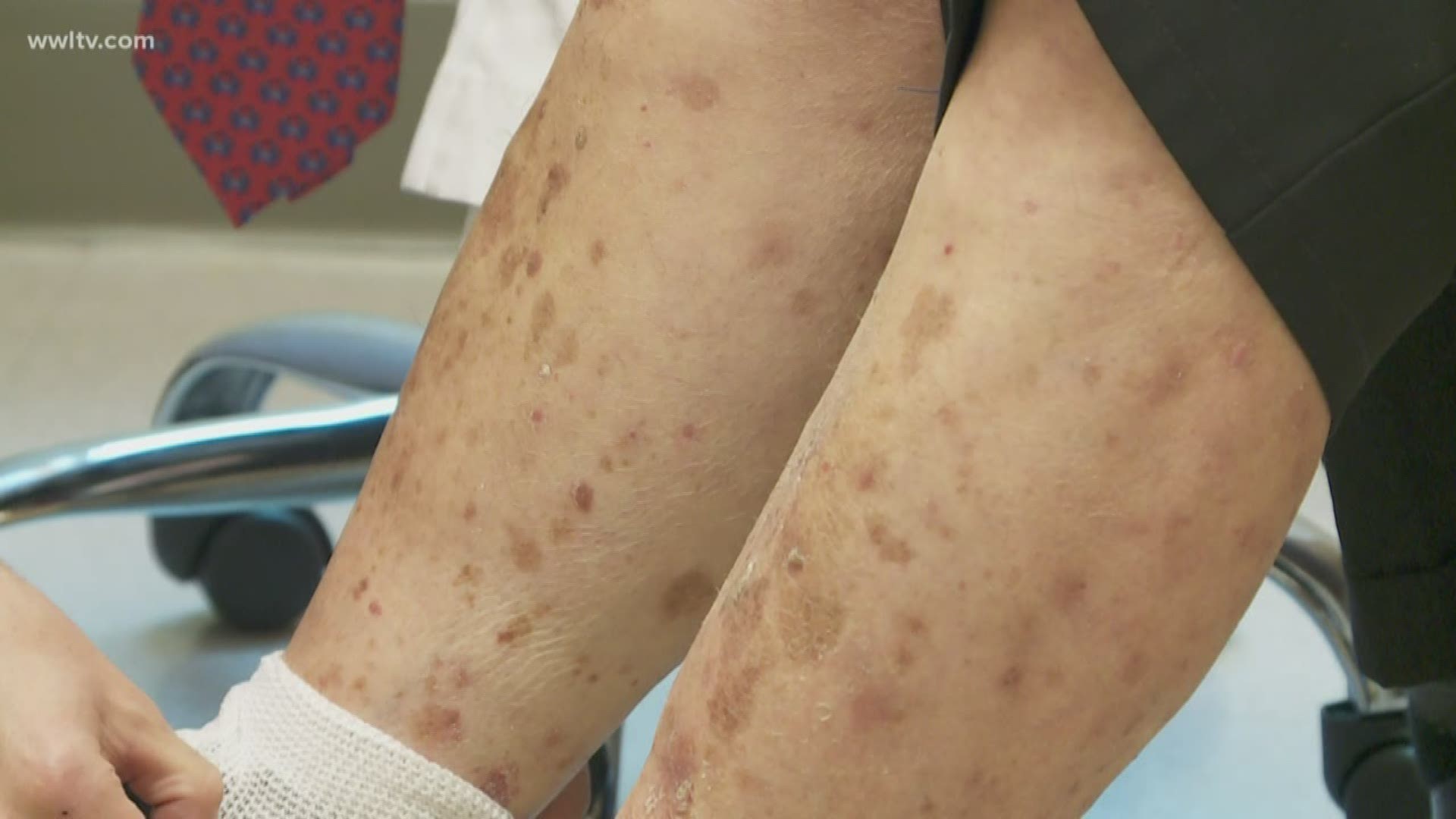 NEW ORLEANS — People with psoriasis use creams and pills to try and combat the constant, itchy lesions that pop up on their skin.

But now a local doctor is part of a national study with a new kind of treatment you may be able to do in your home. And it only takes three minutes, a few times a week.

The music of one of the most influential jazz musicians is the reason Barry Martyn got a drum as a boy in England and why he's lived in New Orleans for decades.

But he moved to the Crescent City to play with and embrace the sounds of black musicians. He took the threats with them before the civil rights movement, and never left.

"I've been lucky. I played for two presidents. Been to the White House for dinner, Dinah Shore show. Remember her? Beautiful woman, woooo! She was about 30 years older than me, but I would have dated her in a New York minute," Martyn exclaimed.

But when it comes to psoriasis, Barry hasn't been so lucky.

"I've been doing nothing, until my lady friend said, 'You got to go to that,' I don't know who recommended this doctor," he said about Dermatologist Dr. Cole Claiborne.

"Psoriasis is an autoimmune condition where the skin cells replicate every three days instead of every 30, so what you get is, you get these red scaly patches that can itch," explained Board-Certified Dermatologist, Dr. Claiborne of MD Claiborne and Associates.

There are medications that suppress your immune system, but they can put you at risk for malignancies, so they are not for everyone. So now, Barry has joined a nationwide clinical trial in conjunction with National Psoriasis Foundation.

"Light therapy is one of the standards of care for psoriasis because it's not immunosuppressive. It's safe. People can even do it when their pregnant. You can use it in children," Dr. Claiborne said.

ALSO: What you should do if you break down on the Causeway

Half of patients come in to the office to get three minutes of UV light therapy. The other half, gets a UV machine shipped to their homes for 12 weeks. Doctors are comparing the safety and convenience of the at-home light therapy to in-office therapy. But Dr. Claiborne warns of the dangers of getting any UV light machine on your own, off of the internet.

"They can absolutely crisp themselves, and I've seen several cases," Dr. Claiborne said.

ALSO: First of its kind drug could prevent migraines before they happen

"I don't look at my legs. Can you imagine standing in front of a mirror and looking at your legs if you're a man? Yeah, they're going away gradually. My girlfriend looks," Martyn admitted.

And that leaves Barry for more time to concentrate on his love of percussion.