"... for the first time in the better part of 16 years, within hours after I got the implant, those cravings were gone." 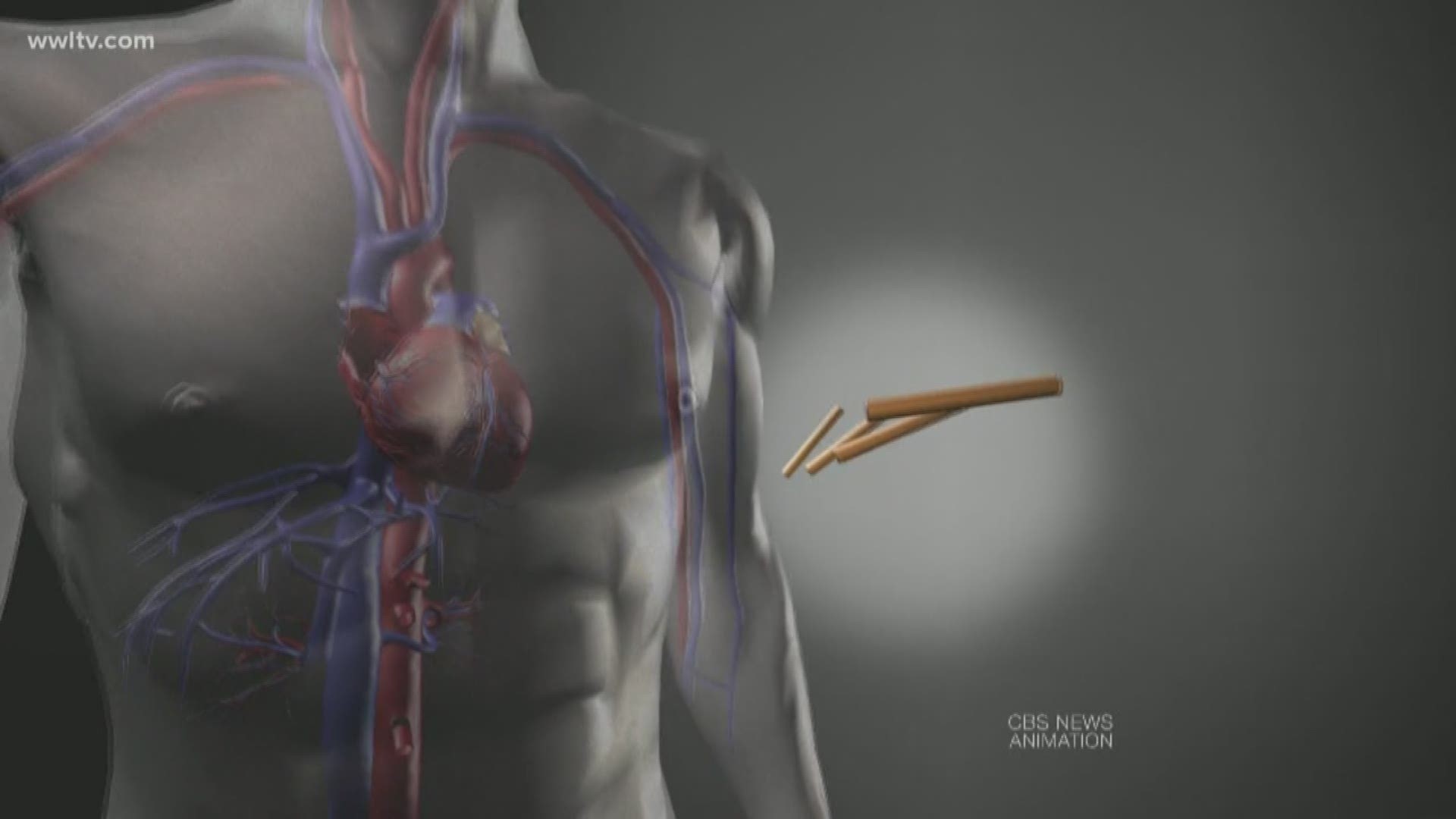 NEW ORLEANS — He is the first and only known former prisoner in Louisiana to volunteer for a medical implant to help treat his addiction to opioids.

It's not a cure, but the Northshore man says the treatment is giving him, for the first time, a fighting chance at recovery.

Alvin Dutruch, 39, is living the life he never thought possible.

"I became a slave to my addiction. It literally took everything and stripped me of my character, my personality, of my career, my family," Dutruch said.

It was a car wreck when he was 24 that broke his back, and a doctor's prescription for painkillers that began a life in and out of prison.

"As soon as the four years was over, I was using within 24 hours of being released," he said. "I was never given any type of rehabilitation."

Prescription and bank fraud to get pills eventually lead to injecting street heroin. But days before being released from Angola, The Louisiana State Penitentiary, he had the chance to do something no one else in the state has done -- volunteer to get a Naltrexone implant for the intense opioid brain cravings.

"And now for the first time in the better part of 16 years, within hours after I got the implant, those cravings were gone," he said.

The implant was made available at no charge to the Department of Corrections from a compounding pharmacy courtesy of BioCorRx,  a healthcare company which develops programs for treating addiction.

The implant is produced by a licensed sterile 503a compounding pharmacy upon receipt of a patient prescription. The implant is only a part of a comprehensive behavioral program (BioCorRx Recovery Program) which includes an app that Alvin has to use regularly. It gives him access to talk to a support peer any time of day.

"Sometimes at 2 O'clock in the morning, sometimes you just need to talk to somebody," Dutruch said.

Along with the mandated regular counseling session in Covington, Alvin says recovery has allowed him to regain the trust and have relationships with his mother and friends again, and to get a full-time job at Volunteers of America as a peer support specialist helping others.

"Now, for the first time, because I didn't have those cravings any longer, I'm now receptive to all this recovery information, and now I can apply it to my life," he said.

It's a life he says he never thought possible, while teaching others there is hope.

Naltrexone implants are not yet FDA approved but they have been available for more than two decades from compounding pharmacies. Oftentimes insurance companies do not pay for them.

Alvin's implant was put in his abdominal area under the skin in the fatty tissue, not in his arm like the animation in the story.

He was not paid or given an incentive to be part of this program.

The implant is not yet FDA approved, so for now the recovery program is still being offered to prisoners, but without the implant.

For more on the company that donated the recovery program and implant, visit BioCorRX's website here.