Northshore man dies after being diagnosed with rare sinus cancer 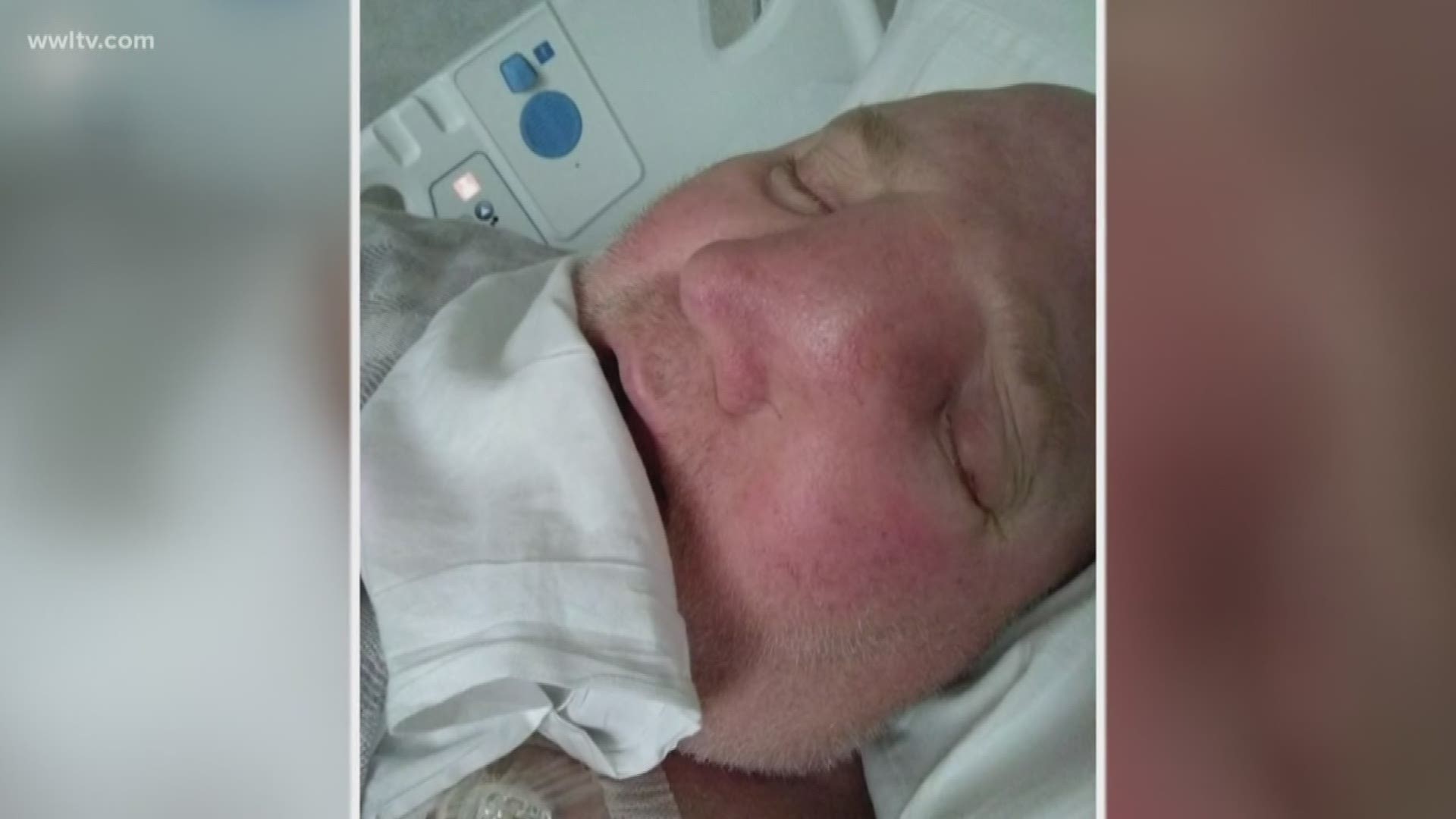 In January, doctors diagnosed Smith, 51, with an extremely rare form of sinus cancer. One told him he had only up to a month to live.

He’s now outlived that prediction and is going through chemotherapy, and the fight for not just his life, but his children, his partner and even his pet lizard.

With each strained breath, Smith said he is reminded of how precious life is.

“I started getting nosebleeds, and the nosebleeds would come maybe for 30 minutes. Then, go for a couple days and then, come for 45 and they’d get longer and come quicker,” Smith said.

Those worsening nosebleeds brought him to the doctor’s office. During his first visits, he was told it was just a sinus infection.

At Christmastime, the family had no idea it was anything serious.

By January, his doctor delivered the stunning news: It was nasopharyngeal neuroendocrine carcinoma — a large tumor wrapped around his head.

“He looked at my stuff and said, ‘it looks bad," Smith said. "'We got to get you started on something.”

Experts agree: The cancer is hard to diagnose. Despite seven hospital visits under his belt, in less than 45 days, Smith has gone from a possible sinus infection to a battle to live.

He's lost vision in one eye. His feet are swollen. It’s hard for him to breath.

It’s been hard for the family. They said one doctor made them feel like it was a hopeless situation.

"He said a week... and that was a hard blow,” said Smith's girlfriend, Terry.

James said he was laying in bed everyday, feeling like he had no hope. Then, decided – though breathing is a battle – he is going to fight for his life.

He began chemotherapy to shrink the tumor. He's found a doctor who wants to try a risky surgery to remove the cancer.

Smith said he knows there are no guarantees.

"I got a lot to live for, you know. I got a nice family. I got a beautiful family. I think I was put on this earth to prosper and to watch my kids have a family,” Smith said.

Smith has no life insurance and is on medicaid. His family created a GoFundMe campaign to help with the costs of medication and hospital bills, which they said are piling up.

To donate to Smith, donate here.