Several LSU students have mumps; here is what you need to know about the disease

LSU alerted faculty about the mumps outbreak Tuesday and they just announced they're canceling a tennis tournament this weekend. 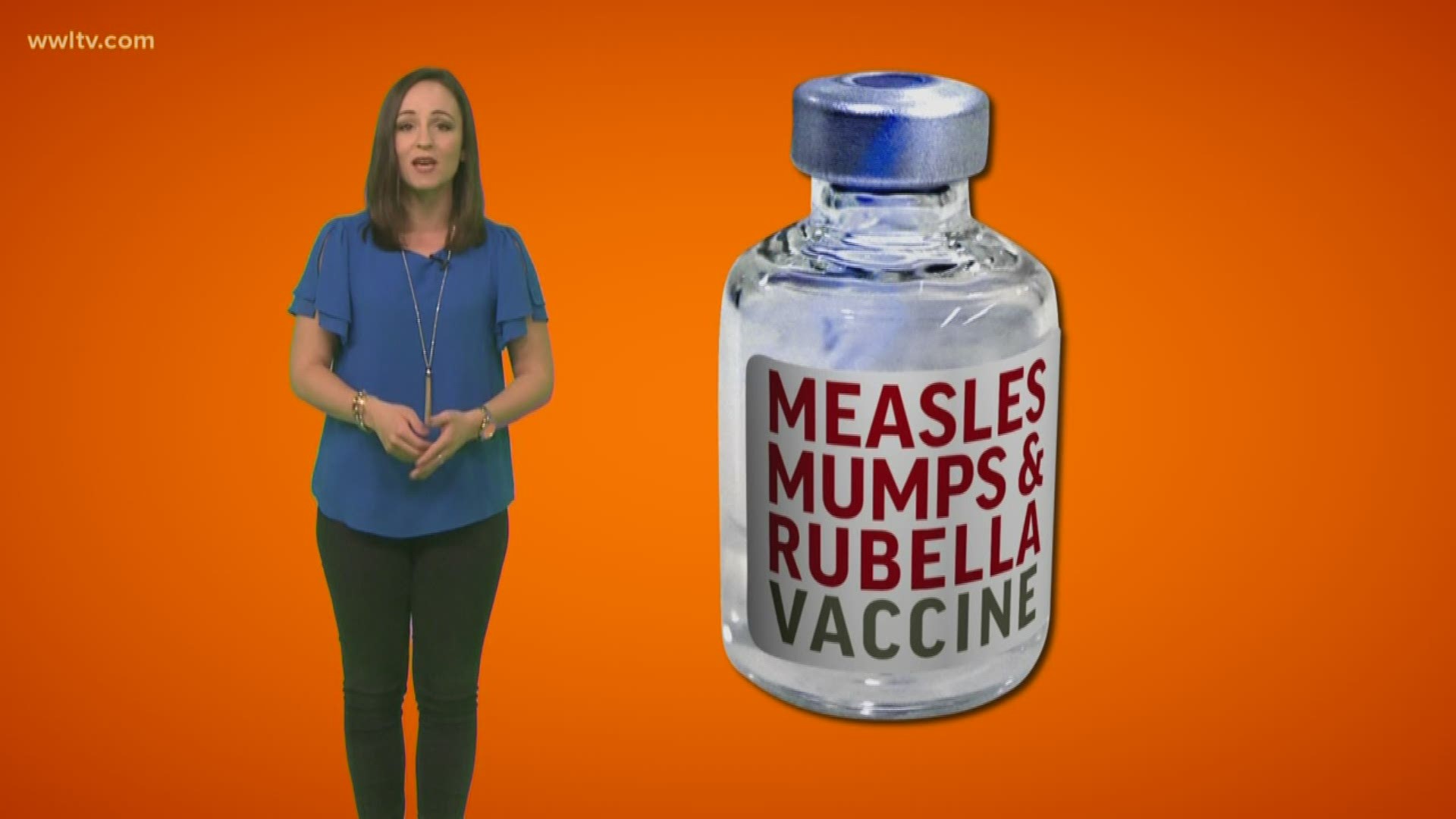 NEW ORLEANS — Last year it was confirmed in 48 states, with 100-300 cases in Louisiana. Now, officials at LSU are trying to stop an outbreak there.

LSU alerted faculty about the mumps outbreak Tuesday and they just announced they're cancelling a tennis tournament this weekend after an LSU student athlete was diagnosed with the virus.

The school is now providing the vaccine to higher-risk students, free of charge.

It's pretty rare to hear about mumps outbreaks now thanks to vaccinations, so here are some things you may want to know about the disease.

Mumps is a contagious viral infection spreading through saliva or mucus. It typically starts with a few days of fever, headache, muscle aches, weakness, and loss of appetite. Most people will have a red rash on their face and what mumps is best known for is causing puffy cheeks and a swollen jaw.

You don't hear about it much anymore since there has been a 99 percent decrease in mumps cases in the US since the vaccine first became available in 1967. Now, the vaccine is usually given in combination with measles and rubella. It's called the MMR vaccine.

RELATED: Born before 1989? You may need another dose of the measles vaccine

According to the CDC, two doses of mumps vaccine are 88 percent effective and it's recommended children have both doses before they start school.

Most LSU students are required to be vaccinated, but the CDC said even if you've had the vaccine, you can still get mumps. Doctors aren't sure why, but the CDC claims it could be that some immune systems just don't respond as well.

Bottom line, if you haven't received two doses of the MMR vaccine, doctors would recommend getting it as soon as possible. You can always get a third vaccine if you've come in contact with someone currently diagnosed with mumps.

While complications are rare, they can lead to things like hearing loss, and swelling of the pancreas, testicles, ovaries, or brain. In very rare cases, mumps can be deadly. The best defense, is to make sure your vaccinations are up to date.