This is a nationwide public housing smoking ban from HUD that HANO is enacting and will be enforcing locally. 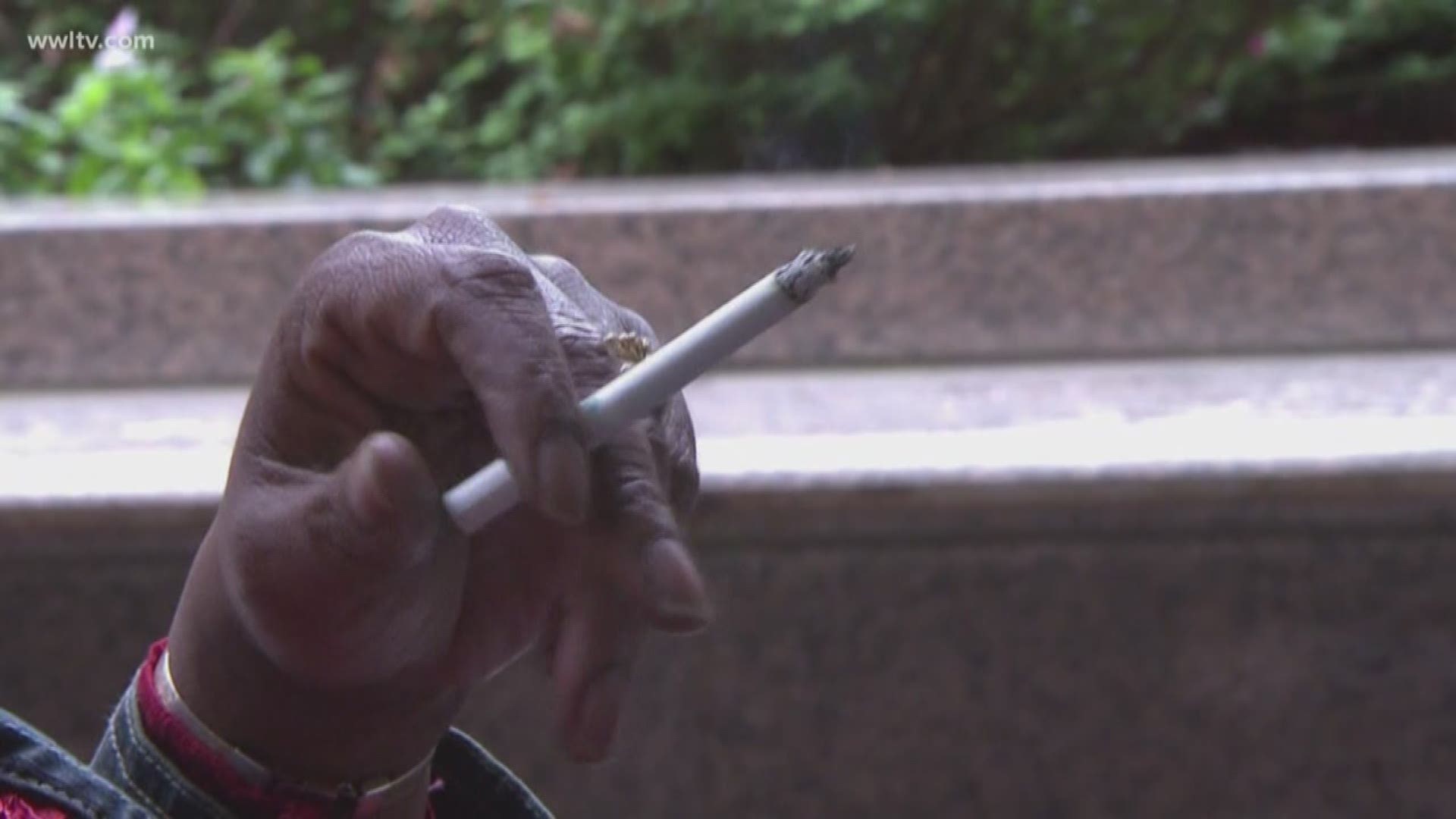 In just two weeks, people who live in public housing will no longer be allowed to smoke in their apartments, or anywhere on the grounds of the complex.

It's a nationwide public housing smoking ban from HUD that HANO is enacting and will be enforcing locally. It has some residents upset that the rules have changed since they moved in.

The rule is for everyone - residents as well as employees, guests and service people, and there can be fines, and even termination, for tampering with smoke detectors or not following the policy.

She knows for her, the new no smoking policy is going to be difficult.

"That means I have to go over, cross the street to smoke a cigarette, and if I'm a chain smoker, that mean every 10 minutes or every 20 minutes, I have to come out and go there, when the weather bad. When it's hot," complained Joseph.

After nearly 50 years, public housing resident Angie Green is working hard to be smoke free for a year now.

HUD sites the serious, even deadly health hazards of second-hand smoke, especially for children whose lungs and brains are developing. HUD also cited third-hand smoke. That's the residue of nicotine and chemicals that stick to indoor surfaces, creating a toxic mix of cancer-causing compounds. They say it will save money from property damage, cleaning, insurance and liability.

The residents say when they moved in they already knew they were not allowed to smoke in bed, due to the deadly fire hazard of falling asleep with a lit cigarette, but now they had to sign a document saying they know that come July 30, they must be outside and 25 feet from the building.

"I think it's bad. I understand the costs because the nicotine do get in, and they have to, but regardless, you demanding that people stop," said Joseph.

Both of the women we spoke with have serious lung or heart health problems. When the ban was passed under the Obama administration, HUD said it hoped this would encourage residents to quit smoking.

So if you need help, call The Louisiana Smoking Cessation Trust.

You get, at no cost, any of the following cessation services: cessation medications, individual / group cessation counseling, telephone quit-line support, and/or Intensive cessation support services. By using these services, evidence suggests that you will increase the success rate of your attempts to stop smoking, and successfully quit long term.