Treatment uses your own blood plasma to regrow hair

It's the same treatment pro-athletes are using to repair injuries. 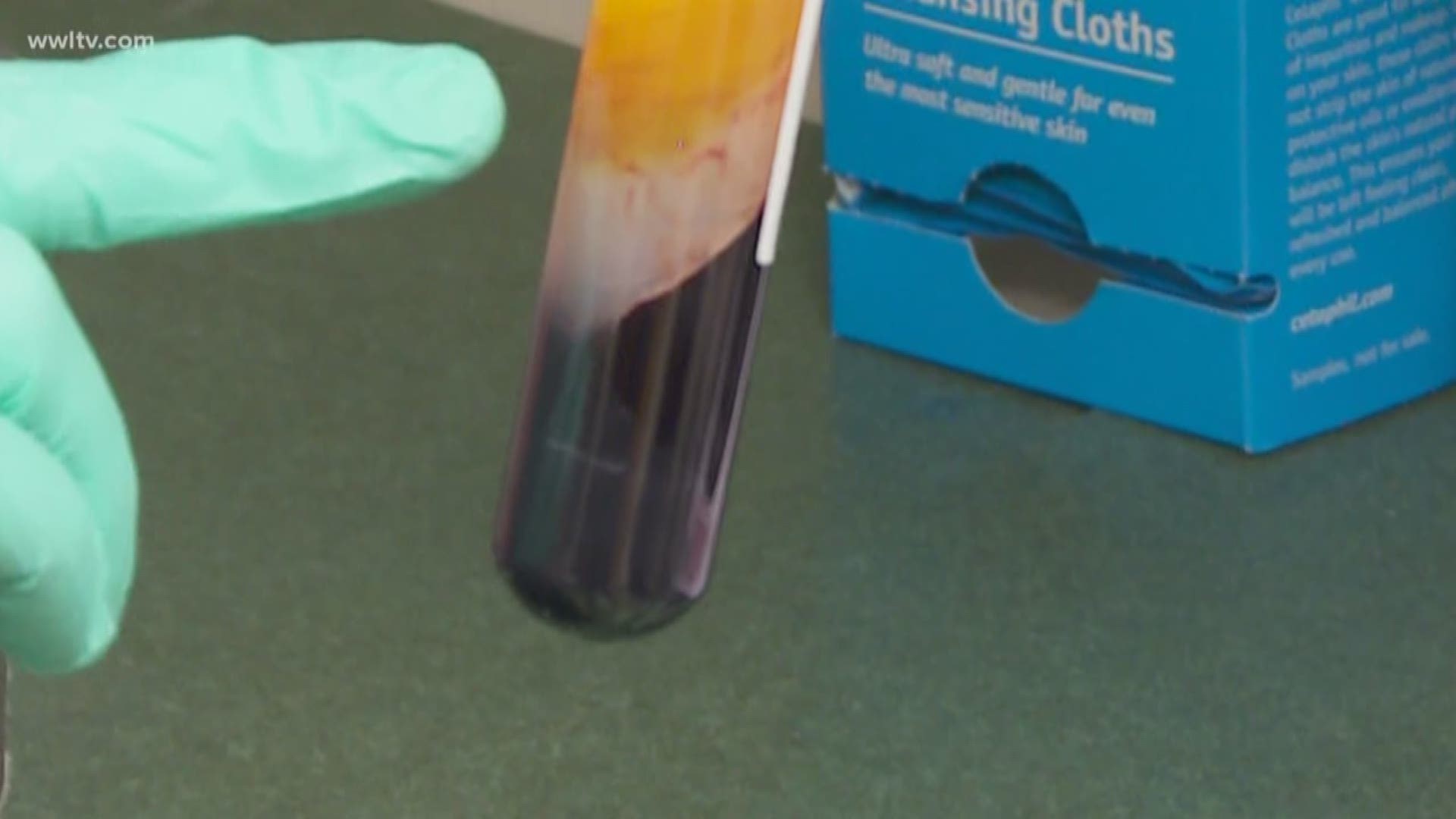 It is something 85 percent of men, and 50 percent of women will face in their lifetimes - thinning hair.

And now men and women are asking doctors for a promising, quick treatment to regrow hair.

It's the same treatment pro-athletes are using to repair injuries.

Brent Rosen says when it comes to his family and hair, the acorn didn't fall far from the oak tree.

"Everybody, everybody's bald. All the men. Both grandfathers. Both sides, my father, my uncle, pretty much everybody in the family had, is losing their hair," said Rosen, 35.

It started when he was only around high school age.

"I started losing my hair at 18, and I've done different things over the years to try to bring it back," Rosen said.

But the daily Propecia pill and ROGAINE solution, weren't enough, so he's turning to something new and natural that is done in a quick office treatment, with no down time.

"I've definitely noticed some regrowth. I've gotten a lot of people who haven't seen me in a while like, 'Oh, have you done something different with your hair?' That kind of thing. My barber definitely recognizes like, 'Wow, your hair is really kind of growing back.' And it has," Rosen said.

Its called PRP, short for platelet-rich plasma. A vial of your blood is drawn and spun for ten minutes, separating red blood cells from the plasma on top. That has natural platelets, enriched with growth factors. Doctors are injecting it to help relieve osteoarthritis inflammation, tendinitis, running or impact injuries, trauma and chronic pain. Some doctors are injecting it in the face to regenerate collagen or as Allure Magazine demonstrated with Kim Kardashian, it is used in 'vampire facials.'

The plasma is rubbed on the skin of the face along with microneedling to open up tiny skin channels. But for Rosen, dermatologist Dr. Skylar Souyoul, is using a needle that looks like it is the size of an eyelash to inject his PRP all over his scalp.

She does treatments once a month for three months. Then one more, three months later. Pictures with only one side of the scalp treated show regrowth, and so do Rosen's before and after pictures. Other patients are seeing the same results.

"A lot of my women that I'm treating tell me that after the first treatment, they feel like they're not shedding as much," she explained.

"For the most part it's relatively painless," said Rosen, who admits to a little discomfort during the injections. "There's a little bit of pressure inside your head after it's done, but after a few hours, you know, you've done it and then your hair grows back, so it's sort of magical."

PRP is for male and female pattern baldness. And since the causes of hair loss continue, patients need touch ups just twice a year, every six months, and can continue using other treatments.

"I tell patients that ROGAINE and Propecia are acting, you know, in different ways than the platelet-rich plasma and so if you, you know, the more you do, the better result you're going to get," said Dr. Souyoul.

When the treatment is over, the doctor tells her patient, "Thank you so much. We'll see you soon. You are free to go and enjoy your day."

If PRP treatments are stopped, hair will begin thinning again in 12 to 16 months. PRP is considered safe since it's your own blood plasma, but it is not FDA approved. It is FDA cleared for some situations.

So, it's unlikely insurance will pay for treatments for medical ailments. It will not pay for hair treatments. The cost is $675 per treatment.

Doctors stress that it will not work if you have been bald for decades. And you need a dermatologist to diagnose that your hair thinning is being caused by pattern baldness and not some other underlying medical condition.

Studies are showing PRP could be a potential treatment for alopecia areata, an auto-immune disease where hair falls out in patches.

For more on PRP and Dr. Souyoul, click here.