'Unheard of' Summer spike in RSV cases in Louisiana children

"This probably will go on through the Fall and I suspect we will have a severe winter epidemic as well." 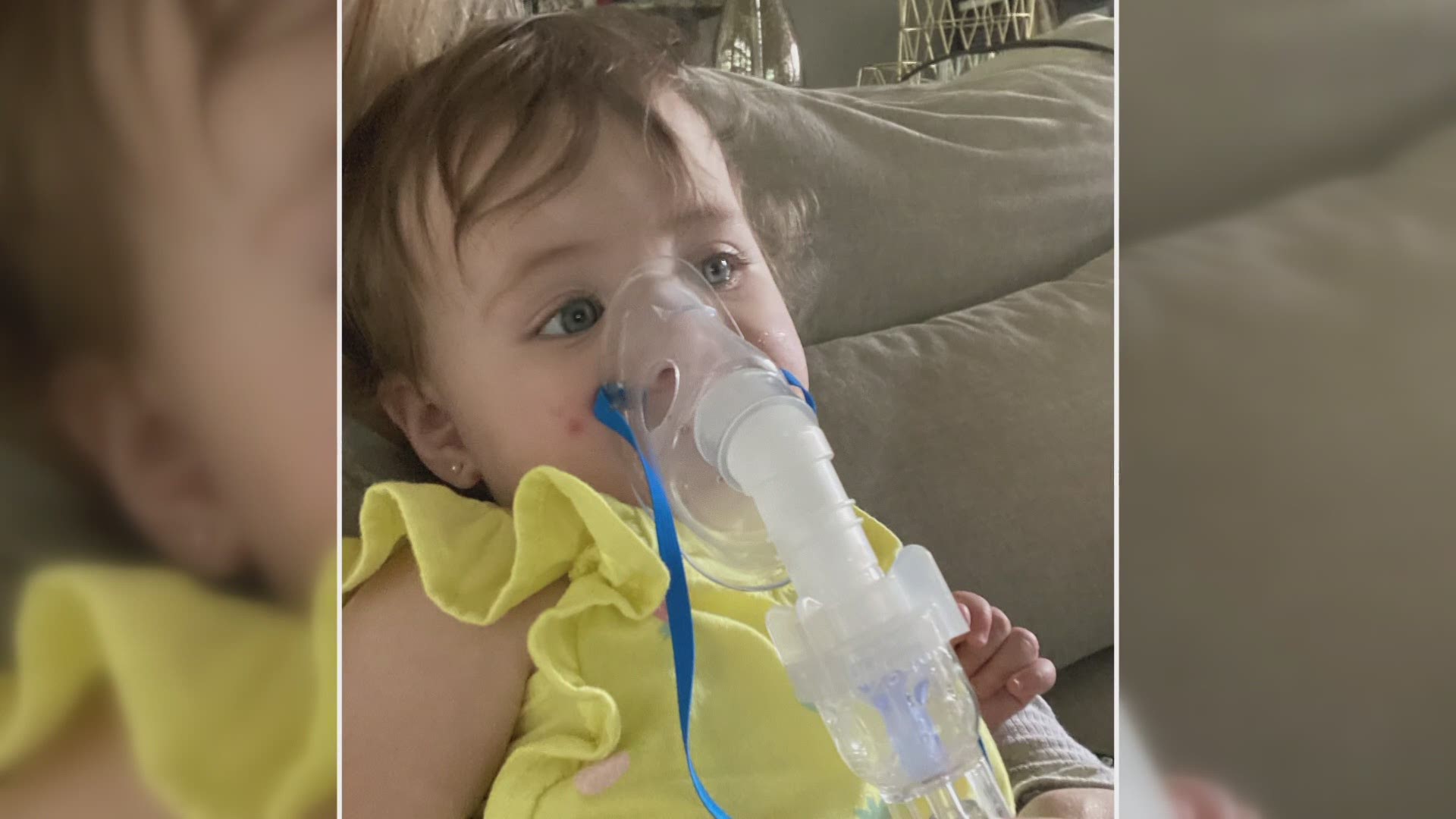 COVINGTON, La. — Sadie Orihuela in Covington turns 1-year-old on Sunday. Her birthday party will have to be postponed though because she has RSV, Respiratory Syncytial Virus.

"We had to cancel her first birthday party because of this," her mother, Julie Schlumbrecht said.

It started with a runny nose and cough and eventually a 101 degree fever. She was diagnosed with Hand, Foot and Mouth Disease and RSV this week. Now, she is undergoing home breathing treatment.

Dr. Kline said, typically, this time of year, there are zero hospitalizations for RSV. Thursday at Children's Hospital, there were 20.

"I think nature is catching up with us a little bit," Dr. Kline said.

RSV is a fall and winter virus, so this summertime spike is unheard of. There were very few RSV cases last year, likely due to masks and social distancing. Now, the CDC is warning of an increase in cases across the Southern United States.

"You have a lot of kids who were born in the last year in a half who, unlike in other times, would have been exposed and had the cases, they're just now being exposed because they're coming out of social isolation," Dr. Kline said.

RSV is primarily spread by coughing, sneezing and direct contact on surfaces.

"Good hand washing is key in preventing RSV and avoid anyone with symptoms," Dr. Kline said. "This probably will go on through the Fall and I suspect we will have a severe winter epidemic as well."

Dr. Kline said the majority of cases resemble a common cold and will go away on their own, but some children need hospitalization. According too the CDC, RSV is the most common cause of Bronchiolitis and Pneumonia in children under one.

Certain groups of children are at a higher risk for severe disease. That includes children born prematurely who are only months or a year old, children with congenital heart disease, and children with chronic lung disease.