Fasting a common word we hear during the Lenten season but a group of people in a Slidell gym have turned into a way of life. 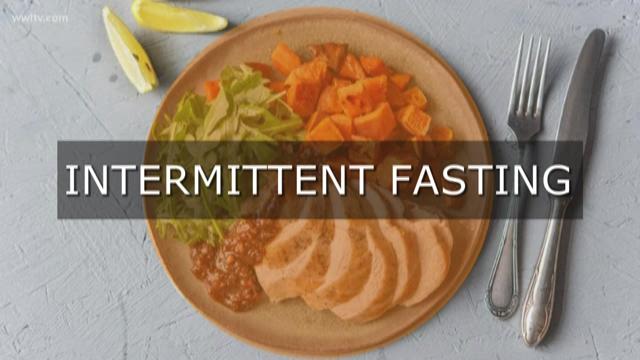 Fasting is a common word we hear during the Lenten season, but a group of people in a Slidell gym have turned into a way of life.

At 32-years-old, the mother of three, is in to CrossFit. Of course, that's changing her body, but that alone wasn't getting her to where she wanted to be.

But then her husband, a U.S. Navy Special Warfare Combatant-Craft Crewmen, called a SWCC guy, told her about a diet.

"And I was like, 'Let me see what this crazy man is talking about,' you know?"

He was talking about what former NFL player and actor Terry Crews does to stay in shape.

"My first meal is at 2 p.m. And then I eat from 2 to 10. Now, within the times I don't eat, the fasting period, which is a 16-hour fasting, I drink amino acids drinks. I'll have coffee, maybe tea," Crews told Business Insider.

It's called intermittent fasting. But it's not about starving yourself. Once Nancy's workout buddies, men and women at CrossFit FYR (Find Your Reason) in Slidell saw her results, they started doing it too.

Julie Jean, the mother of two sons, says at 235 pounds she was treated differently. She then got into the very strict world of fitness competitions, lost 108 pounds and placed in the shows. Now, at 42 years old, she says intermittent fasting is helping her become more fit.

"Within two-or-three days, I noticed a significant difference in my endurance. I could run 800 meters, walk back in the gym, and not be out of breath. It was for the first time ever," she says with a proud laugh.

Intermittent fasting comes in many different forms, but basically there is a window of time where you eat, and one where you don't. Nancy and Julie Jean only eat from 10 a.m. to 4 p.m. They have nothing after that, except water. Some people add amino acids, those building blocks of protein, to their water. Others may have black coffee or plain tea. But otherwise, they fast. Fasting windows range from 12 to 20 hours. Some people fast for a whole 24 hours, one or two days a week.

During the eating window they eat clean, taking in lean proteins of meat and fish, vegetables and some simple carbohydrates such as rice. Many people get their meals from Julie Jean who prepares them in portions for members.

The scientific studies on this lifestyle are mixed.

"Some show that it's a great way to, or boost burning fat mass or losing fat mass and conserving lean body mass. And there's another set of studies that say that's not necessarily true," explained Dr. Lauri Byerley, an LSUHSC Nutrition Physiologist and an Associate Professor of Research.

Experts know for sure that you must keep your water and protein intake up. Not enough protein, and your body loses muscle, not fat. And muscle raises your metabolism. Keep in mind key organs are made of muscle too.

Also the science is clear that the longer you are away from a meal prior to exercise, the more your body will use stored fat as fuel. And experts say it's best to fast in the night hours since metabolism slows during sleep anyway and eating during the day actually raises metabolism. But fasting can promote weight loss of body fat, maybe because you end up eating fewer calories in a week, because interestingly, when it's time to eat, you're less likely to be so starving that you overeat.

"It's evident that people who are on these diets, definitely have some shifts in how they feel as far as eating and their hunger," said Dr. Byerley.

Other gym members are jumping on the band wagon and say at first, they got a little hungry, but now they don't.

"I'm noticing in the three weeks, I've lost five pounds. I feel faster. I have so much more energy, the mental clarity. It's, it's been amazing," said Reagan Gatlin, 37.

"I've lost, I think, 12 pounds total. I have a lot more energy. My workouts in the gym have definitely stepped up," said Ashley Bozeman, 35.

But it's not for everyone. An elementary school teacher says intermittent fasting gave her an energy boost, but because of her schedule, she stopped after a week.

"What was the hardest thing for me is that, I wasn't taking in to account Monday through Friday I'm teaching 20 kids during the day, so I can't be in the middle of a lesson and go take a bite of a sandwich," said Katy Bordes, 38.

Dieters usually have a cheat day on the weekend, and for Nancy, if she's got a special event, she just shifts her 10-to-4 eating window to later.

"You know, maybe some drinks, some cheese cake," Cook laughs about eating her favorites that she otherwise couldn't.

But since experts say abs are created in the kitchen more than the gym, after 14 months on the diet, Nancy is not stopping her intermittent fasting.

"Since I started this, it's like, 'Holy crap.' You know, I don't have to work as hard to, you know, to increase my muscle my performance," Cook said.

Some experts say start by going on a processed food fast, and live by the motto "eight's too late" meaning the kitchen's closed to any snacking after dinner.

Despite the glowing testimonies from people we spoke with in this story, the benefits of intermittent fasting may be cause by certain parts of the diet and not the actual fasting.

Dr. Melinda Sothern, a weight loss and exercise expert from LSU’s Health Sciences Center School of Public Health, says there isn’t concrete science behind Intermittent Fasting itself, but some of the habits people form while doing it can be very healthy.

For those who are fasting every day for 10-12 hour windows and only eating from 10 a.m. to 4 p.m., they may be benefiting from ending the last meal early, which may help prevent overeating and snacking after dinner -- but there’s no scientific proof to support this,” Sothern said. “However, science is clear that the longer you are away from a meal prior to exercise, the more your body will use stored fat as fuel. So, if these individuals are exercising when they wake up prior to breakfast they will use fat preferentially as fuel for that exercise session.”

“Those who are skipping a day run the risk of not getting adequate vitamins and minerals for normal energy metabolism. If protein intake is insufficient, they may actually use muscle tissue as fuel, and the resting metabolic rate is equal to the amount of muscle tissue. So, if muscle tissue is reduced the metabolic rate will go down,” she said.