Paramedic saves own life by having weight-loss surgery

Lauren has been saving lives for 21 years, but eight years ago she knew it was time to save her own. 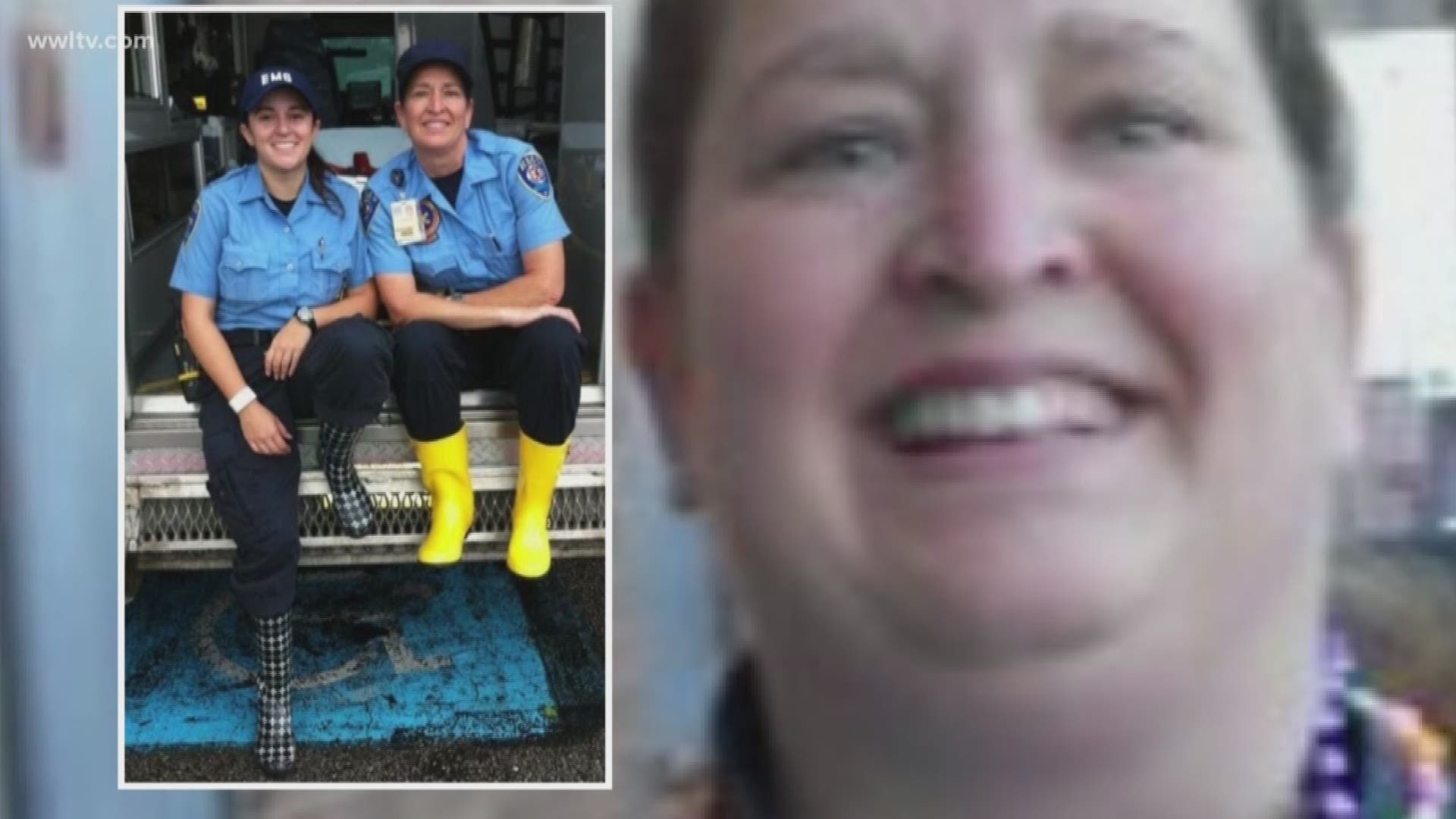 When a local woman was 37 years old, she decided to quit her office job and follow her dream, saving lives, but 10 years later, she knew it was now time to quit the lifestyle that was slowly taking her own life, and hindering her on the job.

If you've ever needed an ambulance, you know reaction-time is precious, and the job of a paramedic can mean the difference in life or death.

That's the job Lauren Ranatza-Doyle had her heart set on as a grade school child in the 1970s, after watching Gage on the TV show 'Emergency!.'

"I thought it was the coolest thing and way back then, girls they didn't do that kind of stuff," said Ranatza-Doyle, 54.

She gave up her office jobs in a law firm and an ad agency at 37 and changed her life and became a paramedic. It's a very physical job. The equipment is heavy, patients can be too, and some places only have stairs, not elevators. Then one day while helping a patient, she realized something was interfering with her dream job.

"Me and my partner had to carry her down a hallway probably 20 yards, and take her down a couple of flights of stairs and get her to the unit. And by the time I got her on the stretcher on the unit, I sounded worse than the patient did because I just, because it was just physically hard."

Lauren's heaviest weight was 325 pounds. The condition was part of her genetic makeup since childhood.

The weight loss clinics, medications, and ear laser treatments resulted in nothing but yo-yo diets and weight gain.

It was both frustrating and disheartening. Lauren has been saving lives for 21 years, but eight years ago she knew it was time to save her own.

Scared, she turned to Dr. David Treen with The Center for Surgical Weight Loss at West Jefferson Medical Center.

"This is the real breakthrough with this operation. This is the first operation that we've had, that addresses the hormones that regulate appetite," said Dr. Treen, Director of Bariatric Surgery at The Center for Surgical Weight Loss at West Jefferson Medical Center.

The gastric sleeve surgically reduces the size of the stomach by 80 percent, but unlike gastric bypass surgery, part of the stomach that is removed is where the powerful hunger hormones are produced that work on the brain's drive to eat and crave.

"Overall, it's pretty clear that patients following a sleeve gastrectomy, have a totally different relationship with food, and that is the real key. They don't feel deprived that they're not able to eat what they used to eat. They still enjoy food," explained Dr. Treen.

In a year, Lauren lost 160 pounds. She reached her goal on her birthday.

"It instantly made a difference. I could get to the top of a flight of stairs and I didn't sound as bad as the patient I was going to help," said Ranatza-Doyle.

She follows the clinic's diet of 45 carbs a day, with not more than 15 in one meal. Gone are all prescription medications, sleep apnea and the terrible circulation problems that caused tremendous fluid and swelling in her legs. She quit smoking too.

"It's amazing that we even see patients cured of diabetes, type 2, in as little as 72 hours following the surgery," noted Dr. Treen.

Lauren says she is now really living her dream.

"Oh yeah. Absolutely. I love my job," she said.

Studies show this surgery is the most effective way to sustainable weight loss. Dr. Treen said that medically supervised diet and exercise programs fail for long-term weight loss 95-percent of the time.