Weight Loss Wednesday: The secret behind one woman's 145 lbs. transformation

The keto diet can change your life, here's how to do it safely 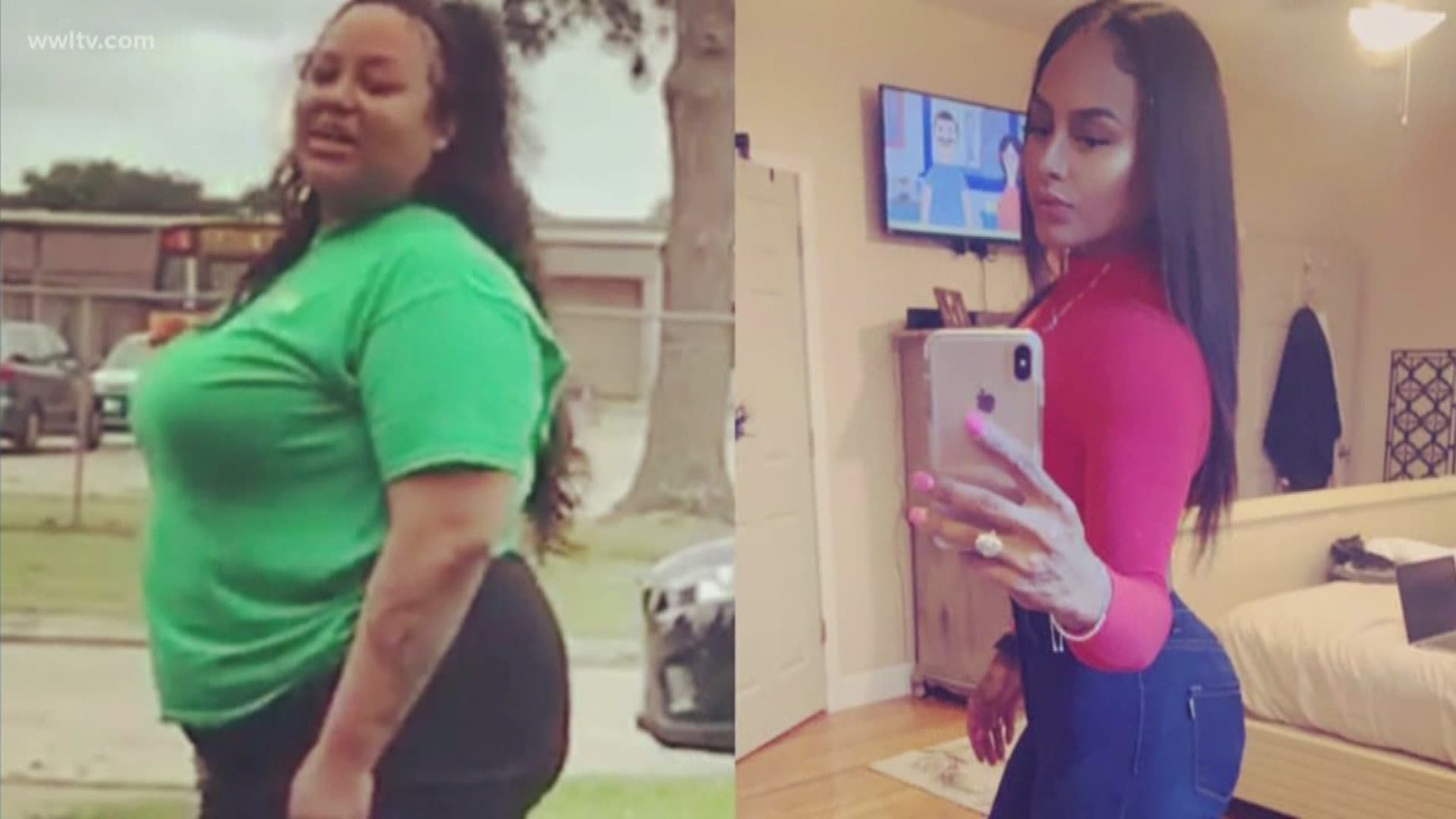 NEW ORLEANS — People on a popular diet say the fat just melts off of them, even while eating some of their favorite foods. And they say they don't have cravings or feel deprived.

For register nurse Candace Brisco, it was the day a bridesmaid's dress didn't fit.

"I ordered it in a (size) 14. The seamstress told me I needed to buy another 14 for her to sew them both together, so after that wedding, I hit the ground running and never looked back," said Brisco, 32.

For gym owner and consultant, and father Bradley Schneller, it was a regimen that didn't work.

"Six or seven years really into my journey, I'm like, 'Man, I work out all this time and I still have love handles and I don't have a six pack, and I'm working out two hours a day, like what's going on?'" said Schneller, 35, of Roux Fitness.

And for Children's Hospital Development Manager, Cat Stuart, it was an eye condition called Uveitis.

"They have no idea how, no idea why, but inflammation in your body is a sign that something is going on," said Stuart, 53.

Candace, Cat and Bradley had epiphanies that it was time to change for different reasons, but for each, the answer was the keto diet.

The changes were phenomenal. Candace lost 145 pounds, joined Bradley's gym, Roux Fitness, for intense workouts, and gave up her job as a registered nurse. She is now a diet coach helping others, so they don't feel so alone as she once did.

"And I was able to add so many more things back into my diet that I cut, like some of my favorite things, like cheese and steaks and sour cream, all this great stuff. And so, I no longer felt deprived for the first time on a diet," Brisco said.

She even got a call from a doctor concerned about her 89-year-old grandmother's sudden weight loss.

"Doctor," Brisco said, "I'm going to make you laugh. She lost 12 pounds because she's been stealing my meal preps, so she's been keto all month."

Bradley lost nearly 40 pounds, built lean muscle and transformed from the junk food-eating teen once teased about his weight.

"Every picture I take is with my shirt off now," Schneller laughs. "I was always the kid with the shirt on in the pool, and now I'm the first person to take my shirt off."

Cat lost 15 pounds and now her favorite clothes and boots zip up. And it transformed her family as she shared her keto meals with her two college-aged children and husband.

"He has not gotten on the scale, but his pants fell off the other day when he was walking in the house," Stuart laughs.

And she took on a second job, studying to become a health coach helping clients stay well.

So, what is the keto diet? It's high fat, 70 percent, both the healthful kind like in salmon, avocados and olive oil, along with some of the unhealthful, saturated fat, like in red meat. It's 20 percent protein, but only 10 percent carbohydrates, so you get some vegetables, but no fruit, except for some kinds of berries. And you cannot have sugary foods and starches, so no breads, soft drinks, rice, pasta, potatoes or alcohol. But you get to put heavy cream and even butter in your coffee.

"And then slowly, gradually you realize, 'Wow, I'm not hungry all the time and I'm not craving the stuff,’" Stuart said.

"Not only do I no longer need coffee, like my energy level is at an all-time high, and I have no cravings, whereas I used to have so many," Brisco said.

"So that's one of the biggest things I can tell is when I am eating right, and it's lower carb, or close to keto, or in ketosis, I am not hungry," Schneller said.

"When you restrict added sugar. When you restrict processed white breads for example, study after study shows that that is a more healthful diet. There's no debate on that anymore," explained Dr. Melinda Sothern of the LSU Health Sciences School of Public Health.

Dr. Sothern has researched and published on the keto diet. She says it works by completely changing the way you metabolize food to burn more of your stored fat for fuel. She agrees our diets are too high in refined sugar, starches and processed foods, but points to research in favor of a more moderate form of the keto diet, not quite as low in carbs.

"There's been a lot of studies and reducing carbs, increasing fat and or protein, but keeping the caloric content low, often has the same results as the ketogenic diet," she said.

Her concerns with being on the keto diet long-term are eliminating nutrients found in fruits, the stress on the kidneys and the possibility of losing muscle tissue if people don't take in enough protein.

"People that are on a ketogenic diet should be supervised by a physician. That's the recommendation from all of the national scientific organizations," Dr. Sothern said.

"So on the first phase of the ketogenic diet, you're seeing a lot of water weight come off before the fat, before you get into the fat cycle," said Fitness Expert Mackie Shilstone.

Shilstone has 40 years of experience with hospitals affiliated weight management programs and he says drinking a lot of water on keto is important and agrees you need to be monitored for potential muscle loss.

"There is no question, physiologically, that in ketosis you're going after that fat, and the brain says, 'Boy, I like, I like those ketones, but the real question is how do the muscles think about the ketones?" Shilstone asked.

That is why Bradley regularly monitors his body composition at his gym on a special machine, to make sure he is burning fat, not muscle. And he cycles on and off of keto depending on what celebrations are going on.

"I'm getting ready to do it big during Mardi Gras. I'll eat my king cake and then probably that first week after I'll go ahead and go to a strict keto diet after, for about a week or two, just to kind of reset my body," Schneller said.

The penalty no-call in the Saints NFC Championship game was one of those “special” occasions.

And that's why Candace, Cat and Bradley say keto is sustainable. The way it works on important hunger and fat storage hormones in the body, helps curb hunger.

"For me, it really was amazing because it made me realize how quite addicted I was to carbs and sugar, and now I don't have the desire to eat too much," Stuart said.

"I was stroke range, (blood pressure) 220 over 120. As a 30-year-old woman, it could have taken me out and at this point my lab work is perfect. My blood pressure is perfect and I've never felt better," Brisco said.

Both diet experts say the keto diet is not for children or adolescents. Research shows it can cause problems with normal growth.