What is the surgery that made Mick Jagger miss Jazz Fest?

Just how quickly will he be ready to strut across the stage again? 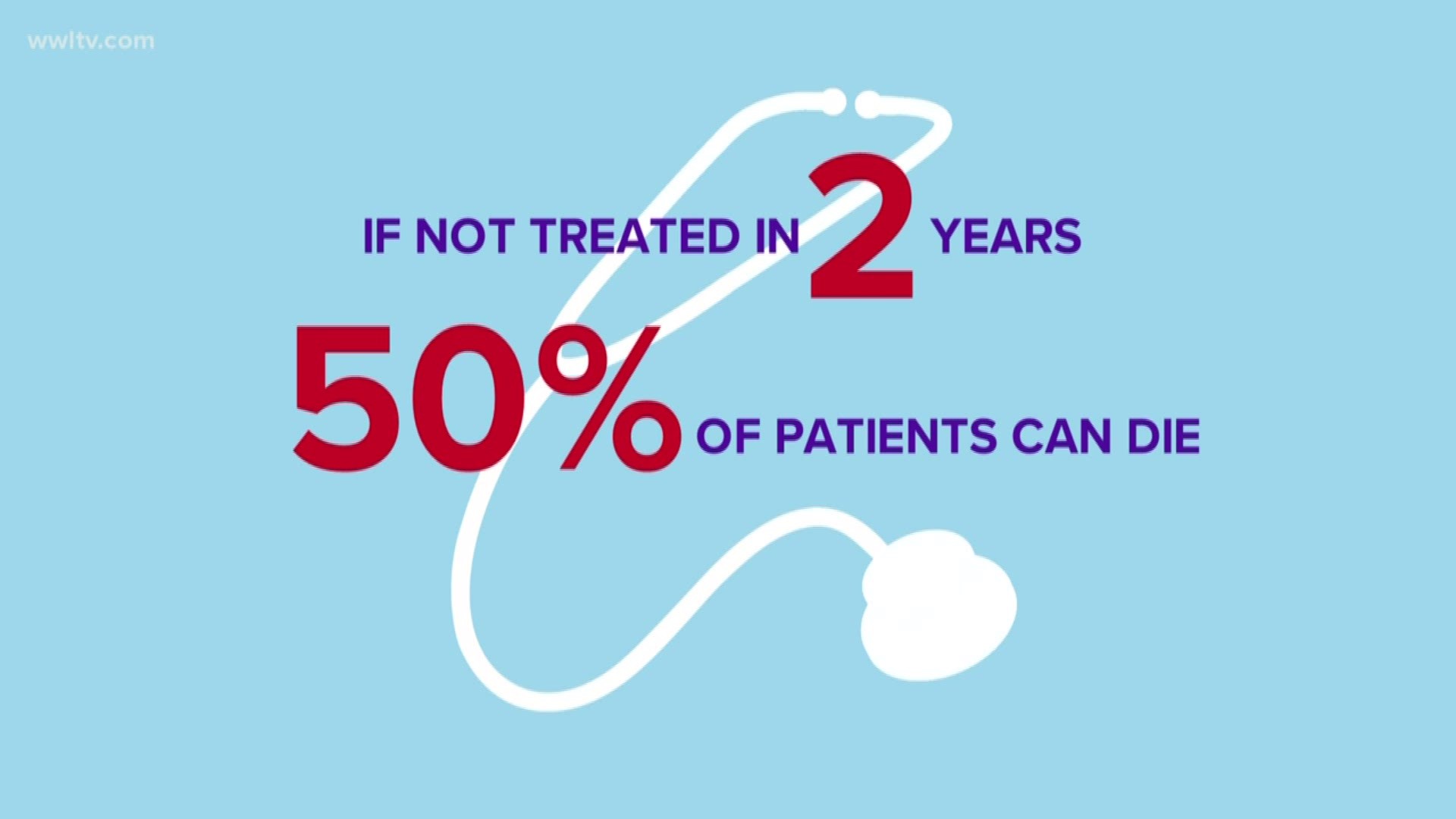 On Friday, the star took to Twitter to write his appreciation for his fans' support.

He says he's feeling much better now and is on the mend. He also thanked the hospital and staff.

So just how quickly will he be ready to strut across the stage again?

It was once a major surgery, under general anesthesia, to open up the chest and replace a heart valve. Add to that a year of rehab and recovery.

But today, that same valve replacement procedure is relatively simple.

RELATED: How to get a refund for your Rolling Stones May 2 Jazz Fest tickets

To learn about Mick Jagger's heart valve replacement, Eyewitness News turned to Dr. Pedro Cox, an LSU Health interventional cardiologist who is Director of the UMC Heart Valve Program. He has not treated the Rolling Stones' frontman, but is very familiar with the condition.
He says the valve is like a door that is supposed to open and close so the oxygen-rich blood can leave the heart to go to the rest of the body. But in aortic stenosis, that valve becomes stiff like a rock, not opening like it should.

People in aortic stenosis start to feel a shortness of breath, chest pain, and can faint. If not treated in two years, 50 percent of patients can die.

To replace the valve today, patients go in the a catheterization laboratory, no need for anesthesia, just some sedation. A new valve from a cow or pig is threaded up the vessels starting in the groin area.

Patients can go home the next day. It's much safer than the old open surgery way, with a very low risk of bleeding, having a stroke, needing another new valve in 10 years or death. There is no rejection of the new valve.

Cox says people are back to normal in two days and could potentially live a very physical lifestyle, as Mick does, in less than a month.

He says this is a normal part of aging, not caused by lifestyle, and sees this condition in patients 75 years old, like Mick.

"What a drag it is getting old" as Jagger so famously sang.