Injection shows promise of getting rid of cellulite in 10 weeks 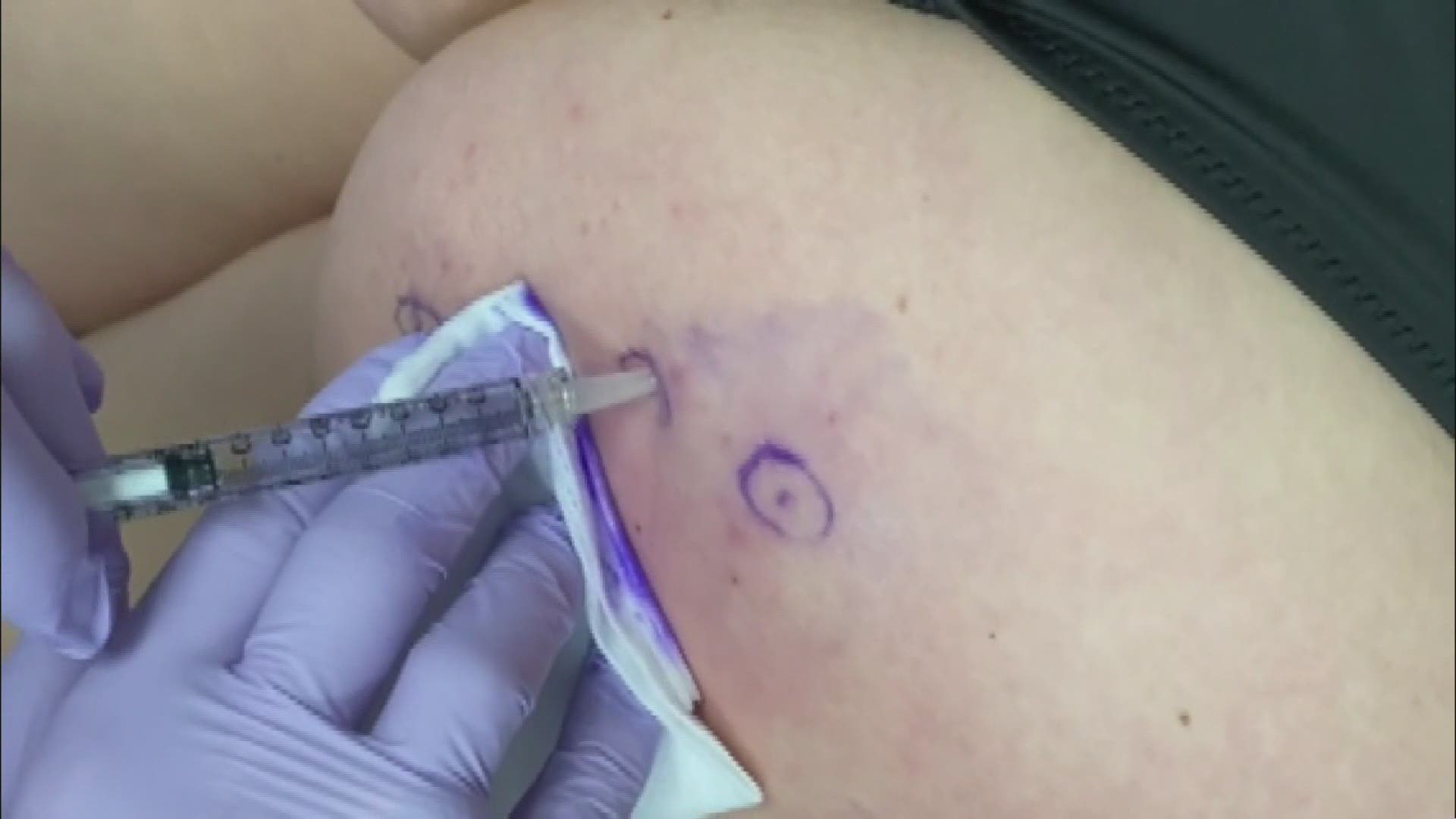 NEW ORLEANS — For years, women have turned to all sorts of massage-type machines, lotions, even surgical procedures to get rid of cellulite.

Some even think that dieting can make that cottage cheese texture go away, but now there's a new office procedure that just hit the market. It was tested right here in New Orleans.

It's considered the ultimate imperfection, especially for women celebrities: Cellulite.

“The condition called cellulite, medically is Edematous Fibrosclerotic Panniculopathy,” said Dr. Mary Lupo, a board-certified dermatologist, who was the investigator on the study.

But whether you call it orange peel or hail-damaged skin, many just call it unsightly. It is actually a very normal part of female anatomy and genetics. Ninety percent of women have it and only 10 percent of men, that's because the fibrous bands under the skin of women are different than in men.

“That's why even patients who are thin can have cellulite in certain areas if they've got these fibrotic collagen bands," Dr. Lupo said.

Now, a new office injection can help smooth it out.

But first, you remember several years ago in hand surgeon Dr. Eric George's office, we showed you one of the first patients to get a quick injection, rather than surgery, to fix Dupuytren's contracture.

It’s the genetic condition that freezes the fingers in a tight curled position. You've also seen commercials about an injection to help men who have a tight curve in the genitalia called Peyronie's disease. Those are caused by fibrous scar tissue. The injection breaks it up. Now that same medication is just approved to break up the fibrous bands causing dimpling.

“The product that we're using as a collagenase, is an enzyme that breaks the collagen bands,” she explained.

Dr. Lupo ran the FDA clinical trial on the injection and documented the efficacy.

The only side effect she saw was bruising. With three treatments, women saw a difference in 10 weeks. Now QWO, by Endo Aesthetics, is the first FDA-approved injectable treatment for cellulite. Dr. Lupo plans to combine it with other treatments for even better results.

“We're going to be using it in conjunction with our fat melting techniques such as all of those radio frequency devices that dissolve fat,” she explained.

And now the company is looking into that same enzyme treatment for hammer toe and frozen shoulder in the future.

The cost ranges from $850  to $1,200 per treatment depending on how many injections are needed.

RELATED: Weight Loss Wednesday: Program irons out cellulite for some