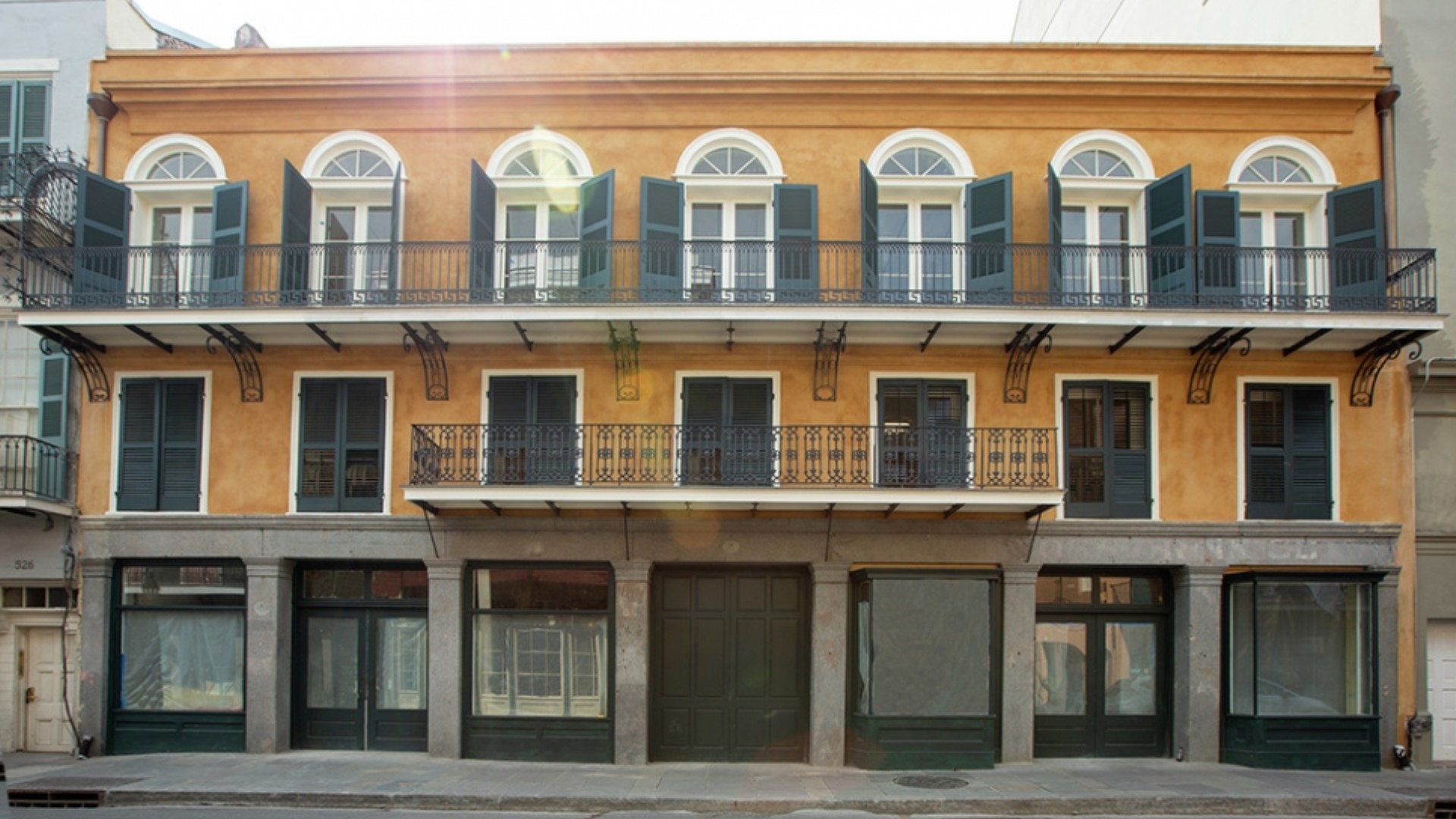 NEW ORLEANS — For more than a century, 520 Royal Street has been one of the most recognizable spots in the French Quarter, but even if the Seignouret-Brulatour mansion and its famous courtyard are familiar to you, you’re about to see it like you never have before.

The building opens this week after a $38 million renovation which has turned it into the newest property of the Historic New Orleans Collection.  While the staff of the well-known museum and research institution is anxious to show visitors what’s inside, just talking about the building gets them excited. That’s because the new property, which has taken almost 15 years to complete, adds more than 35,000 square feet to the institution’s footprint and doubles its publicly available spaces.

“The exhibit expansion that 520 Royal offers us is probably the greatest thing for us as an institution,” said John Lawrence, director of museum programs. “Not only the permanent exhibition space, but the temporary exhibit space which is grand and purpose-filled and, I think, equal to any museum exhibition space in the country.”

The exhibit space will be used for changing displays and a permanent one highlighting the history of the city’s oldest neighborhood.

“Up until now, although there were many things to study individual aspects of the Quarter, there was not really single public museum space that could give people a view of the Quarter all in one sweep,” he said. “When people enter these rooms, they’ll be introduced to the French Quarter by a series of maps that show the district through time and then explore themes of  transportation, communication, music, literature, art and populations.”

Credit: WWL
Inside an exhibit space inside 520 Royal Street.

You’ll learn about the French Quarter through more than 200 original objects, as well as photos, paintings, film and maps, both on paper and at your fingertips. A high-tech smartboard map in the building’s first-floor visitor center allows users to explore spots throughout the French Quarter like a giant computer tablet.

“This is a place to begin exploring the French Quarter through a series of data points, buildings, and property ownership, about thematic elements of music or the slave trade or architectural history so people can kind of get a sense of what they might discover upstairs by exploring that,” Lawrence said.

When Lawrence refers to “upstairs,” he’s talking about the top floor of the 3-story Seignouret mansion. The building dates to 1816.

“A lot of us know the building as the Brulatour mansion, since that is who purchased it in the mid-19th century, so we try to always refer to it as the Seignouret-Brulatour house,” explained Daniel Hammer, the deputy director of the Historic New Orleans Collection. “That refers to the two major owners of the house from the 19th century, from its construction through basically the end of the 19th century.”

Credit: WWL
The courtyard at 520 Royal, which has been restored by the Historic New Orleans Collection.

Another important name in the building’s history is philanthropist William Ratcliffe Irby, who bought the property in 1918.  He remodeled the home and offered it as a home for the Arts and Crafts Club, formed in the 1920s to give members of the city's burgeoning bohemian scene a space to meet and showcase their work. Members of the group also pushed for the preservation of the French Quarter, which was slipping into decline at the time.

Irby, who intended to use 520 Royal as his residence but died in 1926 before he could move in, installed a self-playing pipe organ, which the Historic New Orleans Collection has meticulously restored.

Like so much else in the building, seeing and hearing it takes you back a century or more.   There’s history here from the third floor to below ground.  In 2013, Eyewitness News showed how archaeologists and crews working on the site had discovered an unknown well in the courtyard.  Now you can see the well under glass and some of the objects they found are upstairs on display.

Many New Orleanians will remember the Royal Street building as the home of the city’s first television station, WDSU.  Its studios and offices were located here for more than 40 years from 1950 through 1996. Many live broadcasts even originated from the Brulatour courtyard, which became one of the most recognizable French Quarter courtyards as a result.

The spots where WDSU’s newsroom and studios once stood, which were part of 20th century additions to the historic site, are now a memory, demolished and replaced with a ultra-modern exhibit space called the Tricentennial Wing The premiere show in that space, presented by the Helis Foundation, is called “Art of the City: Postmodern to Post-Katrina.”

“It is a focus on New Orleans art produced in New Orleans and of New Orleans from 1984, the time of the World’s Fair, to the present day, and we have a powerful collection of art by the most significant artists,” said Hammer. “Much of it is from our collection, or institutions around town as well as from private collectors.”

It’s features the work of 75 artists and one mannequin.  Yes, that’s the figure of Ernie K-Doe sitting in a chair in the gallery space. The effigy is the one K-Doe’s wife Antoinette traveled around town with after the musician’s 2001 death. There truly is something for everyone in this new space.

Credit: WWL
The life-sized mannequin of singer Ernie K-Doe, on display. After his death in 2001, his wife transported this figure around town to the delight of fans.

“It’s about having people learn and appreciate the city of New Orleans and the region that the city is in and the historic context of all of this area,” said Priscilla Lawrence, president and CEO of the Historic New Orleans Collection. “We are about making people better citizens and better appreciators of our heritage.”

In addition to traditional museum displays, all of which will be free and open to the public, the new facility features dynamic interactive displays and an immersive film experience created by filmmaker Glen Pitre’s Côte Blanche Productions. The building also houses a large gift shop and Café Cour, a museum café run by Dana and Christina Honn of Carmo.

“We see our historic buildings as part of our collection, they are texts that tell stories,” Hammer said. “New Orleans is a place where you can find the stories of everybody who calls New Orleans home. Our mission is to retain the historic fabric and to bring it to new light and see their stories and their historic fabric.”

A free public block party, with music and food and drinks available for purchase, will celebrate the opening of 520 Royal Street on Sunday, April 7, from 1 to 5 p.m.