Black activism is often lost to time. The Historic New Orleans Collection wants to change that

The Historic New Orleans Collection plans to do that by featuring three authors behind publications that amplify those lost voices. 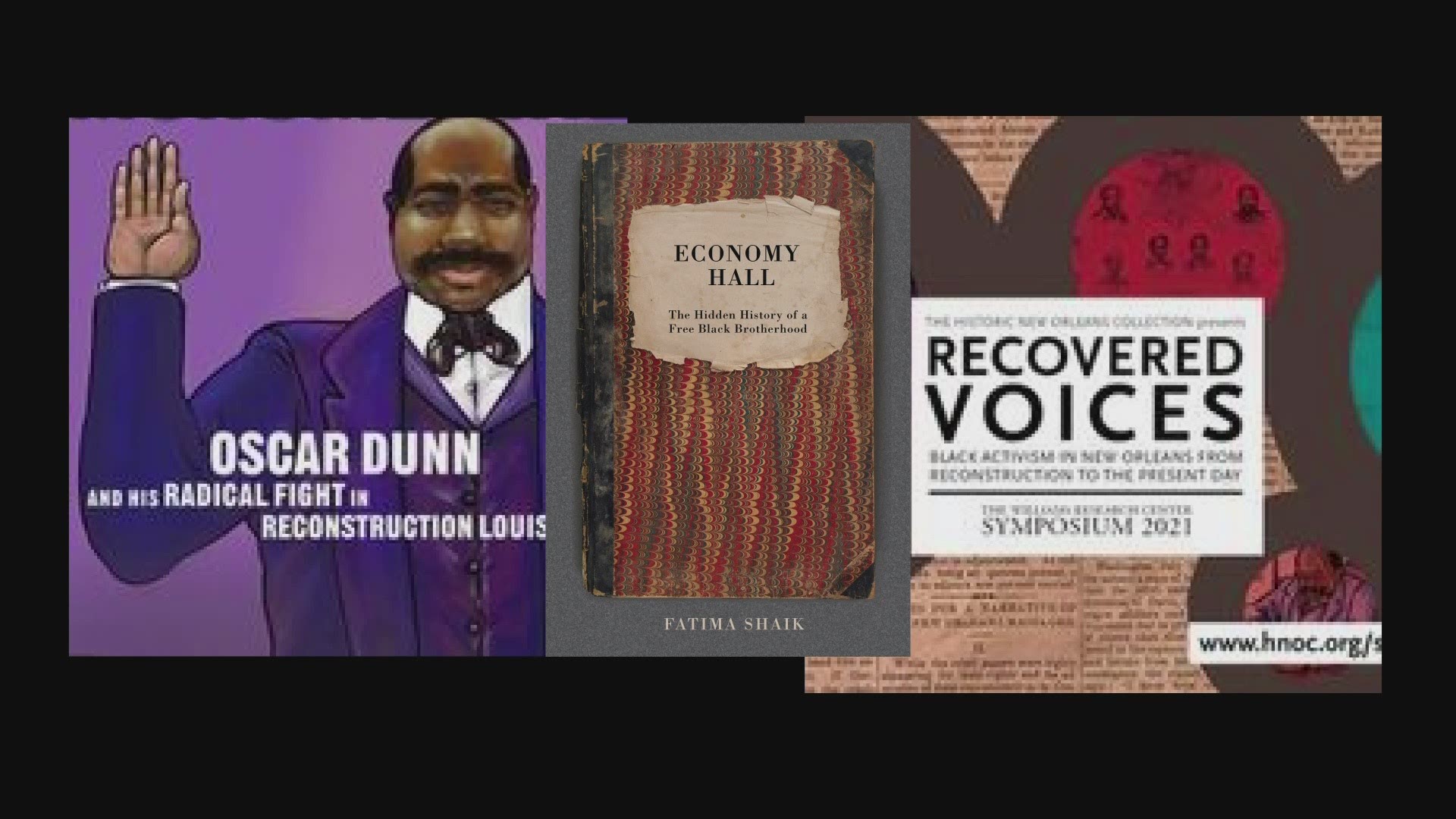 NEW ORLEANS — Black History month may have come to an end but Black History is American History and the Historic New Orleans Collection continues to look to that history as a way to advance a conversation that began more than a century ago, through the voices of black activists.

Now, by way of a new symposium, they're inviting the public to add their voices to that dialogue.

Daniel Hammer, President and CEO of the Historic New Orleans Collection, wants us to listen to the voices of some of New Orleans black activist dating back to the reconstruction era. Voices he says were drowned out by hatred and almost forgotten through a lack of education.

"We've always been interested in preserving history as it was and making it available for people to find truth," says Hammer. " I think it's very important that we take advantage of opportunities in the current day to look to history to understand the significance of things that are going on.."

The Historic New Orleans Collection plans to do that by featuring three authors behind publications that amplify those lost voices. One of those publications, "Afro-Creole Poetry" features voices only lost in history but in translation.

"New Orleans was home to the nation's first black-owned newspapers," says Hammer. "In the newspapers L'Union and La Tribune De La Nouvelle Orleans these poets were descended from immigrants to this nation from Haiti. They spoke in French about their struggles as people of color in society and about their perseverance and their fight for freedom which is something they truly believed they could attain."

Another feature will be Economy Hall: The Hidden History of A Free Black Brotherhood. The book features voices that had to quite literally be recovered.

"My father found the journals of Economy hall in a dump," says Fatima Shaik, Author of Economy Hall: The Hidden History of a Free Black Brotherhood. "The members of the Economy Hall were the Société d'Economie. They were a French-speaking group that started in Terme' and they were activist almost from the beginning they were interested in helping one another, educating one another and putting a hand out to suffering humanity."

It's proof that black activism goes far beyond the 50s and 60s. From civil rights to black liberation and Black Lives Matter, it's a continuation of a history that went purposely undocumented for the masses up until now.

"The records of the past are incomplete. We only have what is preserved and human beings over time destroy a lot more than they preserve and yet nonetheless there is an unlimited history to be learned," says Hammer.

The authors along with the Historic New Orleans Collection are now calling on the public to discover that lost history through this symposium, an opportunity to listen to voices that haven't been listened to enough.

You can register online at hnoc.org

The Historic New Orleans Collection is now open for visitors and their latest exhibit features Second Line culture. You can check out our story about the exhibit by Thanh Troung here.