Kerry ‘Fatman’ Hunter said he was sitting on his couch on his phone when the first piece of sheet rock fell from the ceiling and hit him. 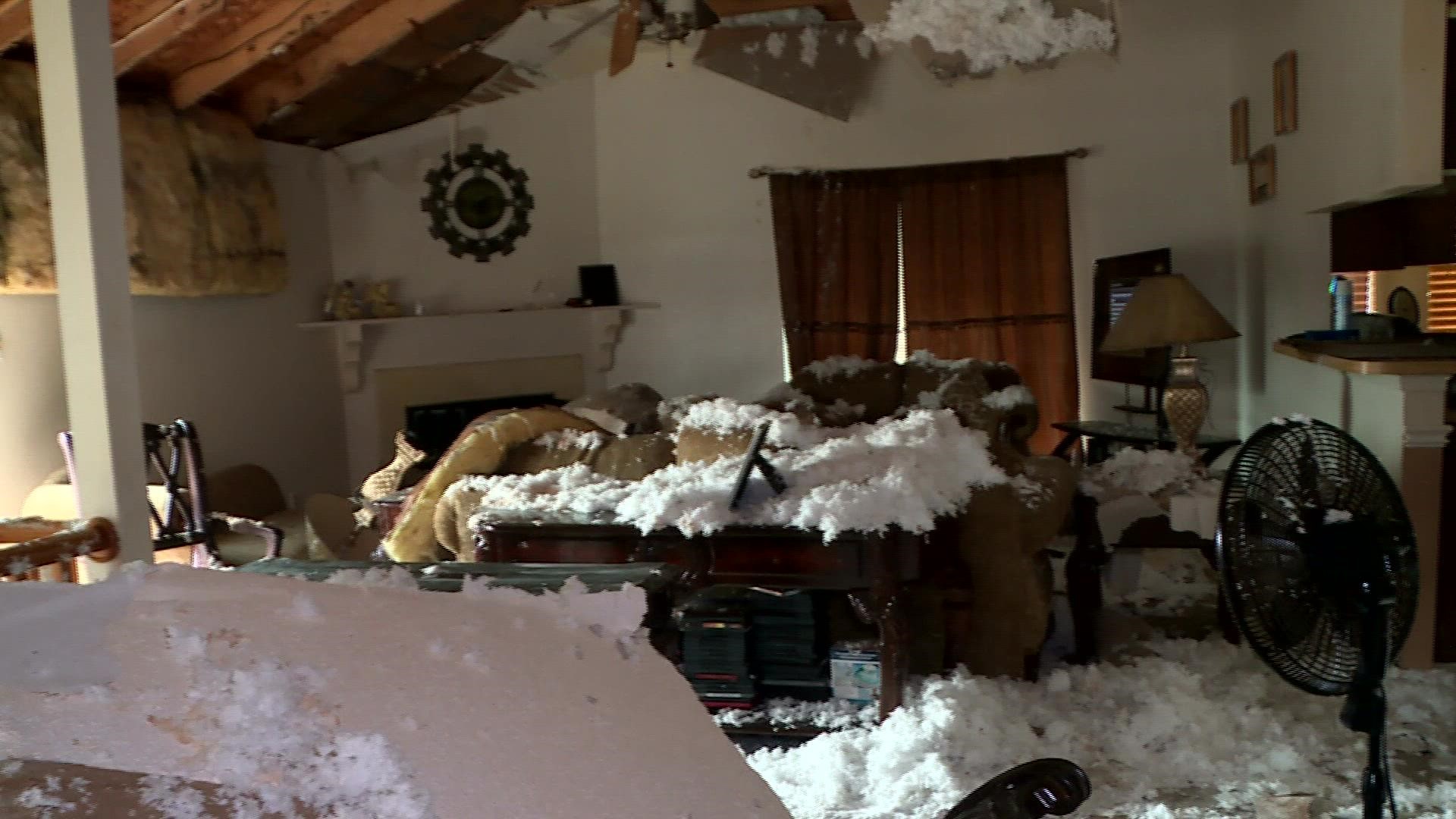 NEW ORLEANS — A New Orleans musician is now being forced to rebuild part of his home in Algiers after the wind and rain from Hurricane Ida made his living room, well, unlivable.

Kerry ‘Fatman’ Hunter said he was sitting on his couch on his phone when the first piece of sheetrock fell from the ceiling and hit him.

His wife and mother-in-law were already downstairs, where the three took cover.

As Hurricane Ida raged over Southeast Louisiana, it brought powerful winds to much of the area, damaging infrastructure and knocking out power for millions of people.

After several hours, they crept upstairs to look at the damage. Almost the entire ceiling was on the floor. There were holes in the roof, and a table shattered.

“A little sorrow but we got life and when you got your life back…” Hunter said, tearing up. “This is like materialist stuff, so we can regroup."

As the drummer for the New Orleans Nightcrawlers, Hunter said the pandemic has already thrown a wrench in having a successful year, especially financially.

The band received a Grammy earlier this year for the Best Regional Roots Music Album and he never got around to framing the certificate.

“Instead of going forward, you’re going backwards,” he said.

He finds peace in the fact that only his living room was hit. The next room over, his kitchen is untouched. His bedroom also received no damage.

He said he plans to rebuild after the insurance company looks at the property on Sept. 20.

If you’re interested in helping Kerry ‘Fatman’ Hunter, he’s listed his Venmo as fatpay504 and Cash App as $kbeats504 .