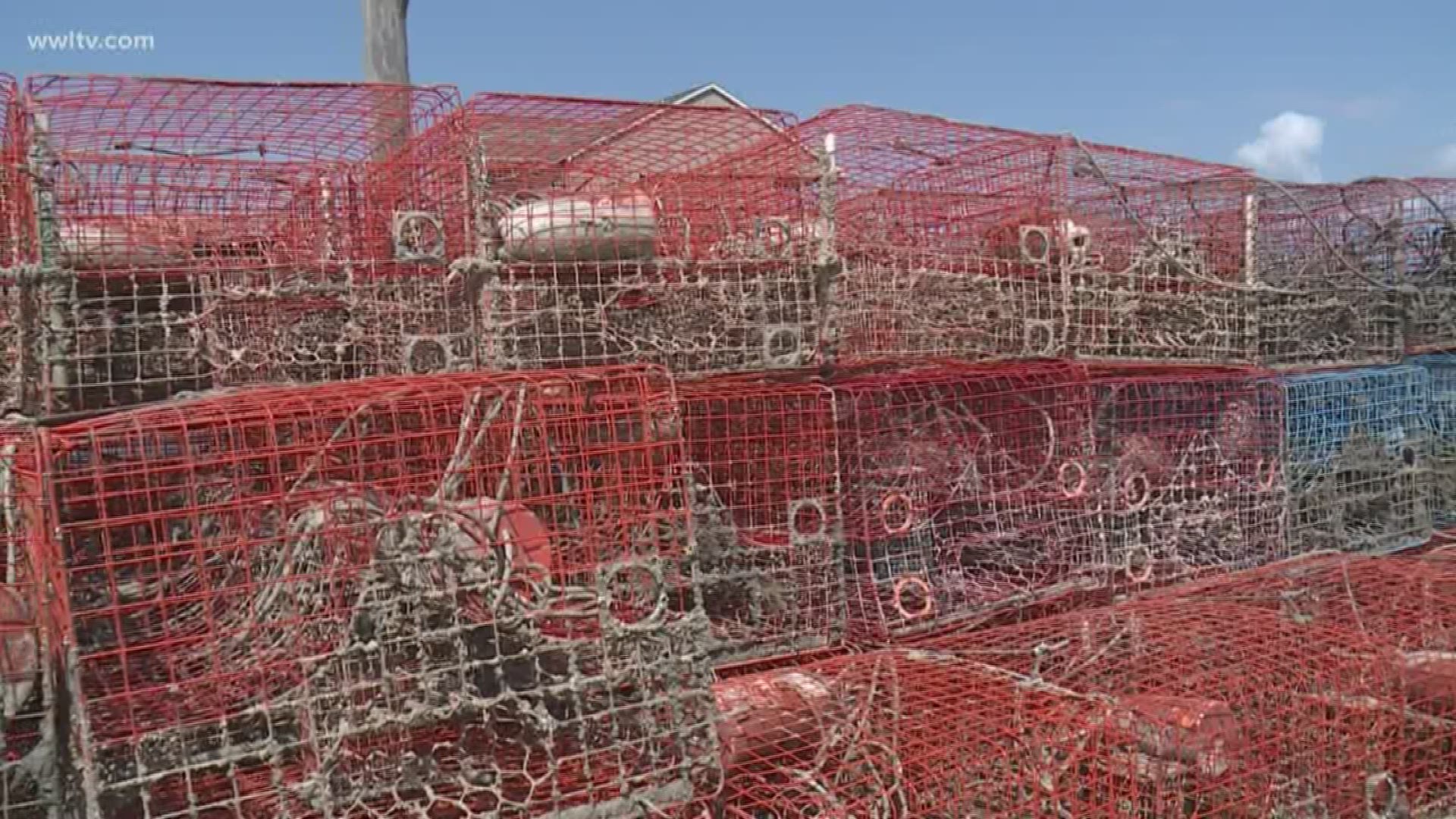 The Bonnet Carre Spillway is currently open to keep the Mississippi River from overflowing and damaging the levee system.

But crab fisherman say there's another side to the water diversion: The longer it stays open, the more damage it will do to the fishing industry.

Fisherman along Lake St. Catherine say this time of the year their traps are usually brimming with crabs, but Saturday when Eyewitness News came to look, most of the traps had been pulled out of the water.

Morales has been trapping crab for a decade.  He tells us the Bonnet Carre Spillway opening has caused a huge problem for fisherman.  It's drawn in a lot of cool freshwater into the Lake Ponchartrain Basin, and that makes crabs burrow deep.

Although in some years, the Spillway doesn't even open, this year it did in January and didn't close until April.  And then for the first time in history, the Spillway opened again in the same year on May 1, with no end likely until June.

"Make the money, save for the time we're off to hold us up and this time, right here, I didn't have enough saved to hold me up," Morales added.

Shannon Moragas is another crabber who's been doing this for 20 years.

He says it's never been this bad.

"It's terrible. I love doing this, it's what I do, I don't want to do anything else," Moragas said.

The two say they usually can make good money. However, it's been months since they've even put out their traps because of the Spillway opening -- and they're not the only ones.  As Eyewitness News traveled around Lake Catherine here, plenty of other fishermen also had their traps pulled onshore.

Morales says he has had to pick up jobs here and there, including helping a friend with air conditioning.

"This is my mainstay, I don't know anything about AC," he said.

He thinks the U.S. Army Corps of Engineers has to do something about the flush of freshwater that's affecting not just crabs, but fish and oysters.

Morales says he wants the Corps to revisit the Mississippi River Gulf Outlet, which could bring in more saltwater, but has been closed since 2009 when a permanent storm surge barrier was constructed.

"Well, I wish they had some kind of fund that they could help us out," he said.

ALSO: Dolphins are dying at an alarming rate off Louisiana's coast

The two fishermen say they've been trying to contact local representatives about how this is hurting the fishing industry, but they say their calls have not been returned.

And Morales admits there's a fear he might have to sell his boat, but he's hoping things change so he can get back to work.