“It was once a beautiful bayou, with fish jumping, ducks swimming and now it looks like the aftermath of some storm,” one resident said. 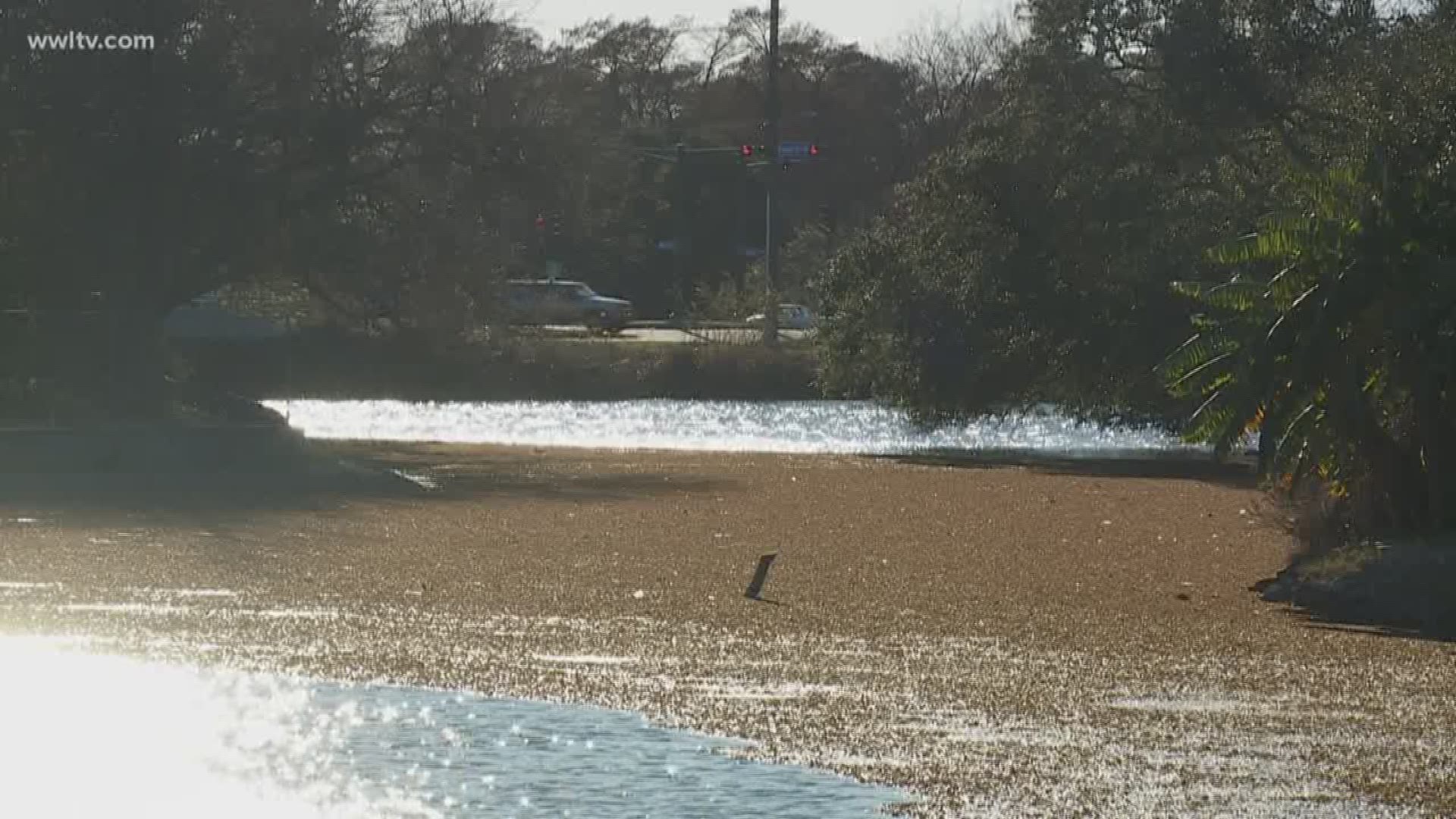 Along Bayou St. John off of Park Island Drive on Demourelles Island, you can’t miss the greenish-brown aquatic plant floating on the surface of the water.

“I can’t describe it,” said Marshall Harris, who lives right next to the sea of green. “It looks sort of like a swamp to me.”

“It was once a beautiful bayou, with fish jumping, ducks swimming and now it looks like the aftermath of some storm,” said Harris.

The mystery weed is Giant Salvinia -- a non-toxic and invasive species seen across Louisiana. But how did it end up here, in Bayou St. John?

John Lopez with the Lake Pontchartrain Basin Foundation has an idea.

“I noticed just a week ago there were some mats of Giant Salvinia just on the other side of the flood gates at Bayou St. John at the mouth [of Lake Pontchartrain] and I suspect, I don’t know this for sure, the gates were opened and that allowed some of that Giant Salvinia to come in,” said Lopez.

Getting rid of the invasive plant is tough, experts said.

In 2016, the Louisiana Department of Wildlife and Fisheries coordinated with the LSU Agriculture Center to oversee the distribution of little black beetles into impacted waterways. The beetles, called Weevils, reduce the population of Salvinia in some places by eating the leaves; but it’s not a sure thing.

RELATED: Don't be fooled by this invasive plant's beauty

“It’s not a permanent solution,” said Lopez. “It can maybe treat it in the short-term, knock it out for a little while but it will probably come back.”

Large infestations covering a wide area can pose a problem for birds, fish and the ecosystem. However, a hard freeze would likely kill this particular batch before that happens, according to Lopez.

“If this sits here for a long time it can reduce the circulation of the water below and can become a little stagnant but usually it drifts around enough and it’s not a problem,” said Lopez. “If we have a hard freeze it would go away pretty quickly. Basically it would kill the plant and it would turn brown, die and in probably a week or two it would start to sink out of place.”

“Are we expecting a hard freeze? Cause hey -- I am ready,” said Harris.

Eyewitness News reached out to the Louisiana Department of Wildlife and Fisheries to see if this was on their radar but they were not available to comment.