Both the student who was hospitalized and the one who committed suicide are from the New Orleans area. 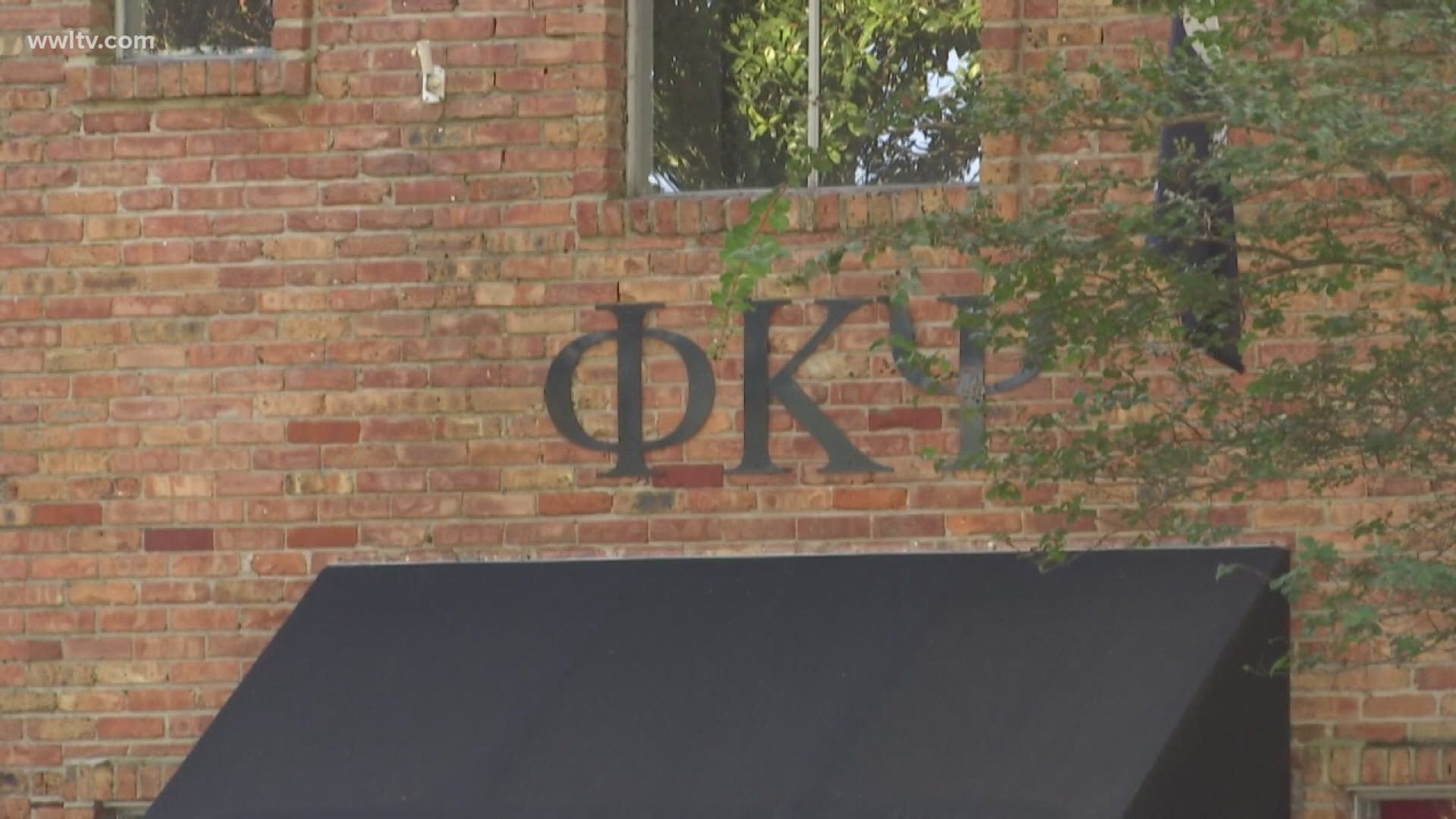 BATON ROUGE, La. — A fraternity at LSU is being investigated for a hazing incident that allegedly put one student in the hospital with severe alcohol poisoning. That student appears to be linked to a female student who died by suicide later that night. Both of those LSU students are from the New Orleans area.

The student involved with the fraternity is a Jesuit High School graduate who is a freshman at LSU. He went to the hospital early Monday morning with severe alcohol poisoning. It all started with a Phi Kappa Psi gathering off campus Sunday night in Baton Rouge, according to LSU officials.

While police have not officially tied the suicide to the alleged hazing incident, The Baton Rouge Advocate reports the young man was headed to the woman's apartment near LSU's campus before being brought to the hospital with severe alcohol poisoning.

Several hours later, the young woman was found dead inside her apartment from an apparent suicide, according to the coroner's office. Her apartment is now overwhelmed with flowers, pictures, and balloons in her memory.

"My office was informed by LSU PD about a potential hazing incident that led to an LSU student being hospitalized,” said Moore. “The LSU PD is interviewing witnesses and collecting evidence to determine if there are any criminal violations or violations of the new hazing statute. In speaking with the LSU PD detectives, the case looks extremely similar in many aspects to the Gruver case, with the exception that there is not a death. At this point, it appears everybody who has been requested to be questioned has been cooperative. The incident in question occurred Sunday night into Monday morning."

The Max Gruver case happened in September 2017. He died of alcohol poisoning in what was described as a hazing ritual at the Phi Delta Theta house, which is now banned from LSU's campus until at least 2033. Former student, Matthew Naquin, was found guilty last November of negligent homicide and sentenced to two years in prison.

In 2018, Governor John Bel Edwards signed into law, the Max Gruver Act and other anti-hazing bills meant to curb hazing and increase penalties.

LSU police are investigating this most recent hazing case. So far, there have not been any criminal charges.

According to the most recent update from LSU, the male student is now out of the ICU.

We requested a statement from Phi Kappa Psi, but did not hear back. LSU police were also investigating the fraternity for an alleged hazing incident that happened last month.

The 19-year-old who died by suicide was a 2019 graduate of St. Mary's Dominican High School.

The school sent a statement saying:

"We are deeply saddened by the recent loss of one of our young alumnae. Our St. Mary's Dominican High School community joins in praying for her family and loved ones. May the peace and comfort of Jesus Christ be with them during this most difficult time."