Health officials were making wellness checks, but found some senior apartments without air conditioning or adequate medical attention for residents. 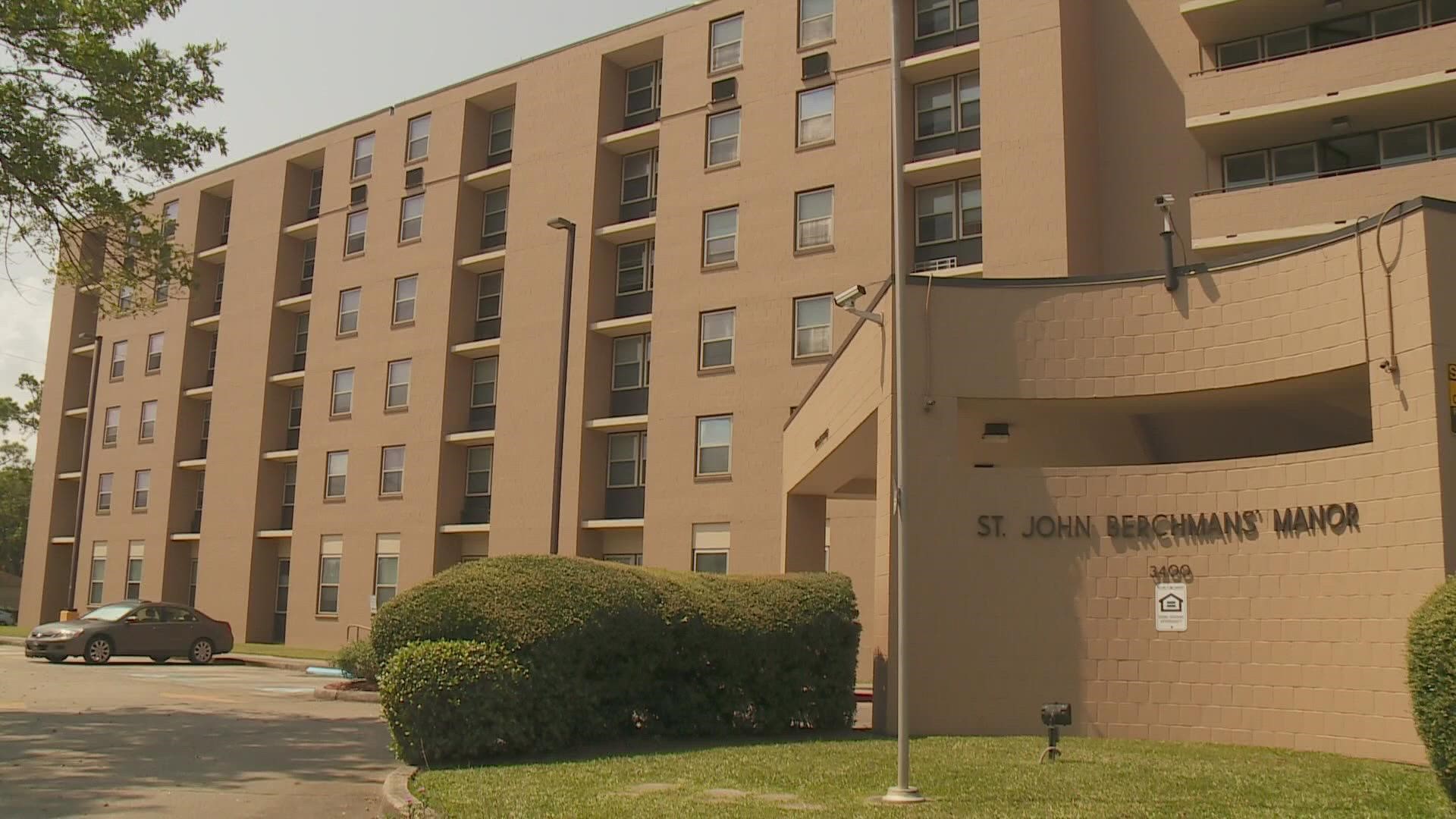 Merna Smith was a resident of St. John Berchman's Manor.

That senior living facility is her home, but since Ida hit, it's felt like anything but.

"We haven’t had anything. They just started sending water and Gatorade, but we haven’t had none of that since the storm," Smith said.

St. John Berchman's Manor is one of 10 senior living facilities that the City of New Orleans ordered to close this weekend.

Health officials were making wellness checks, but found some senior apartments without air conditioning or adequate medical attention for residents. Inside the apartments, the city found five residents dead. Two were at Flint Goodridge Apartments.

"They were elderly and they were upstairs with no attention, no care, no water, no one was bringing them ice, anything. They were just upstairs to fend for themselves. So, heat will definitely kill you," a woman whose sister was a resident at Flint Goodridge said.

"They left them to fend for themselves, elderly people. I am very upset," she said.

The woman went by to get her sister's belongings, but was only given her medications.

"When I tell you you could bake in there, it was that hot, it was miserable," Councilman Jay Banks said.

Banks walked through the facility Saturday.

"There were rooms that the ceilings had caved in where water had gotten into," he said. "There was one where clearly the lady couldn’t sleep because the ceiling tiles had fallen wet so the bed was soaking wet."

This all unfolded days after more than 800 nursing home residents who evacuated to a warehouse in Independence had to relocate. The warehouse was described as overcrowded, hot and unsanitary. Seven residents died in connection. All seven nursing homes involved were shut down.

"Whoever is responsible needs to be held accountable and we need to make sure we have systems in place to ensure this never happens again," Banks said.

Not all of the residents evacuated to a shelter, some had to be taken to a hospital. Others are staying with family or friends.

According to the City, New Orleans Emergency Medical Services, the New Orleans Fire Department and the Regional Transit Authority assisted in the evacuation of the following facilities in New Orleans this weekend:

The seven nursing homes involved in the Independence warehouse evacuation include:

The Louisiana Department of Children and Family Services (DCFS) is launching "Connect," a way for families to locate loved ones who evacuated from Hurricane Idea to a state shelter.

The number to call is 225-342-2727. Alternatively, families can fill out a form online to reach out to loved ones who may be in state congregate shelters. That form is found at http://www.dcfs.louisiana.gov/form/dcfs-connect.more than 800 nursing home residents who evacuated to a warehouse in Independence had to relocate.