Federal prosecutors said Ryan used high-risk lending situations to funnel money to himself and his own real estate interests, pocketing more than $2 million... 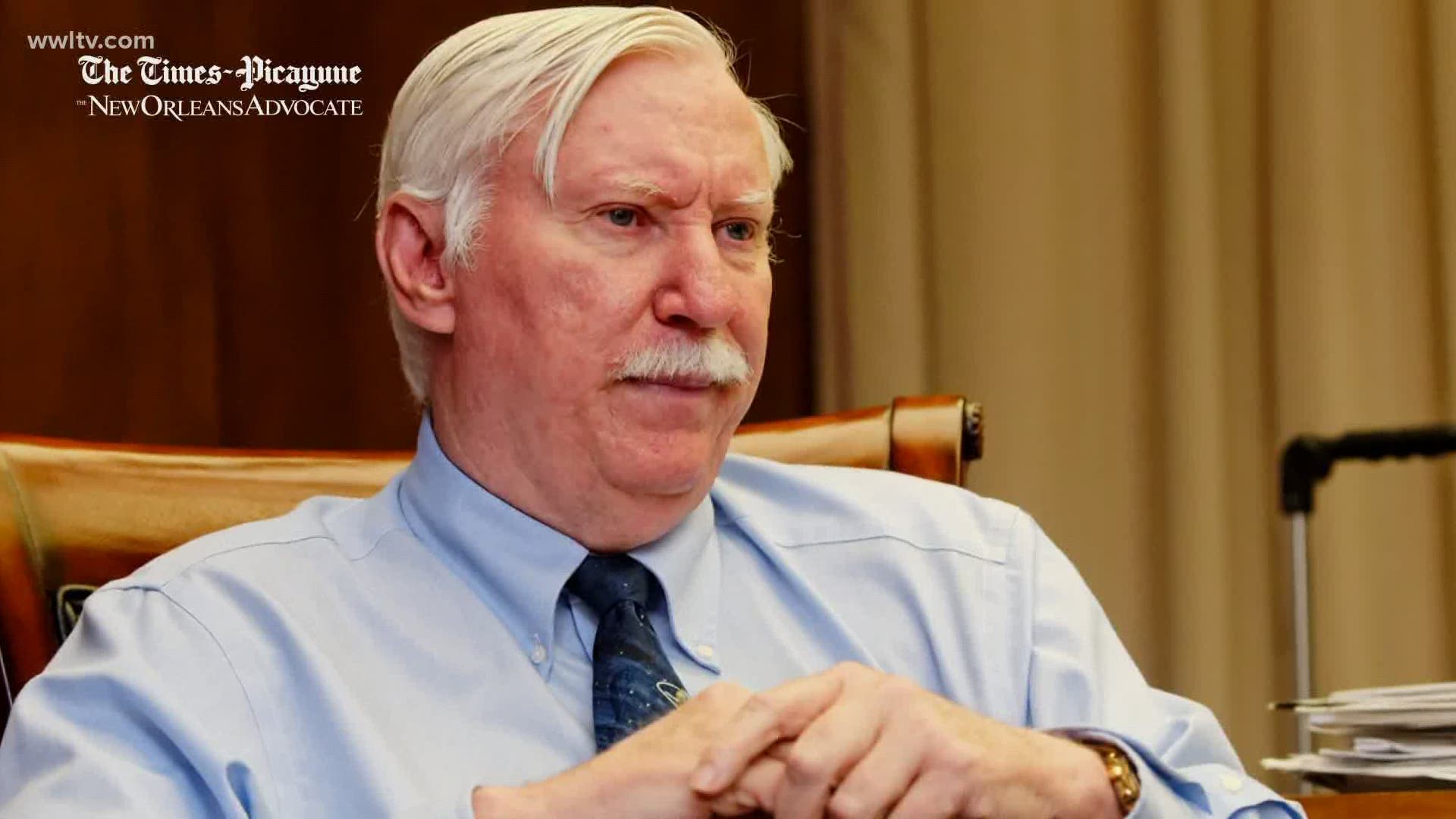 Ashton Ryan, who rose to prominence after Hurricane Katrina as New Orleans’ most trusted local banker, was indicted Friday on a count of conspiracy and 43 counts of aiding and abetting bank fraud.

Ryan founded First NBC Bank in 2006 and would go on WWL Radio every week and share his financial insights in the wake of the devastating storm. He built the small bank into a $5 billion enterprise that went public on the NASDAQ exchange in 2013.

But in the following years, he gained a reputation for granting risky loans to high-risk borrowers. In a series of lawsuit and regulatory reports, borrowers said Ryan pushed them into more loans when they knew they couldn’t pay.

In April 2017, the bank collapsed, losing $1 billion and falling into FDIC receivership. It was the largest bank collapse in Louisiana history and the biggest in the country over the last decade.

Meanwhile, federal prosecutors said Ryan used those high-risk lending situations to funnel money to himself and his own real estate interests, pocketing more than $2 million from them.

Federal prosecutors have charged six former borrowers to build a sprawling case against Ryan and former chief credit officer Bill Burnell, who was also indicted on a count of conspiracy and 33 counts of aiding and abetting bank fraud Friday.

In the indictment handed up Friday, the grand jury alleges Ryan approved bad loans, and he and Burnell knowingly approved falsified financial records so they could lend those risky borrowers even more money, then hid the borrowers’ overdrafts and late payments from the bank’s board of directors so they would appear to be more financially healthy.

Federal regulators and prosecutors say Ryan and other bank officials referred to certain borrowers as “D.O.R.K.S,” because they needed to hide their overdrafts from the bank’s board of directors to keep lending them more money. Prosecutors have said the “D” stood for Dunlap, the “K” stood for Kenneth Charity and the “S” stood for “St. Angelo.” They have not identified the “O” or the “R” in the acronym.

All told, those six borrowers owed the bank more than $263 million when it collapsed.

In just one example detailed in federal court records, Charity pleaded guilty to taking money First NBC loaned him for development projects and using it on clothes, jewelry, cars and private school tuition instead.

Federal prosecutors cite an email Ryan sent Charity in 2013 saying “any other bank would have foreclosed on you years ago.”

But in that same email, Ryan says he spent the weekend working on Charity’s financial records, adding, “You think another bank president would do that for a borrower? On second thought, you may be right, I must be an imbecile.”

Prosecutors allege Ryan went on to lend Charity another $5.2 million after that email – money First NBC never got back before it went under.

Defense attorney Eddie Castaing said he's very proud to represent Ashton Ryan, but has not had a chance to review the indictment. He said Ryan continues to maintain his complete innocence and will fight the indictment.