"It's not that we're imagining these things...this is real and if he can't understand that from the other perspective, he has no business serving as an officer." 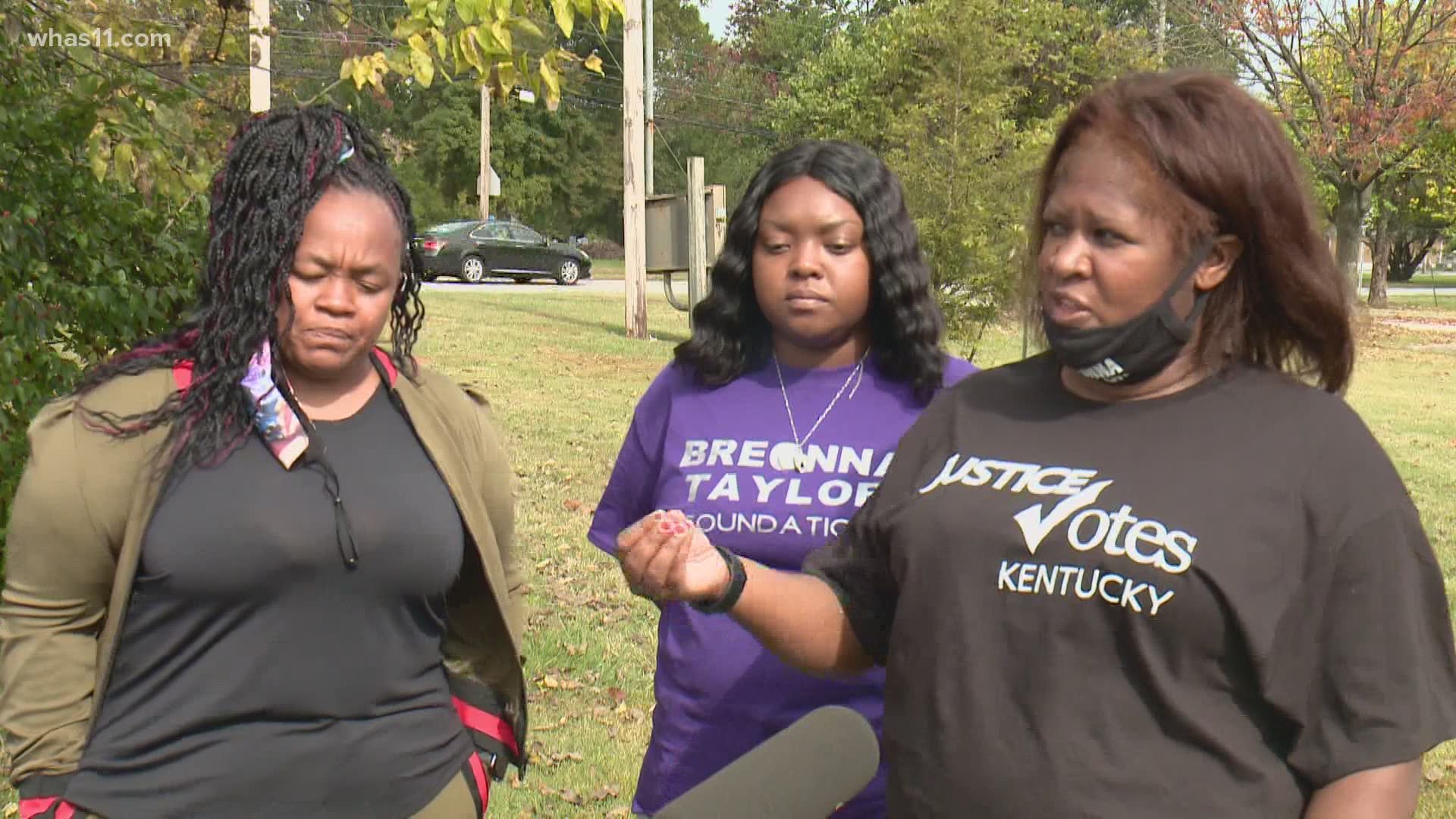 LOUISVILLE, Ky. — One day after a judge ruled grand jurors can publicly talk about the Breonna Taylor grand jury proceedings, ABC News released an interview with LMPD Sgt. Jonathan Mattingly discussing the night of Taylor's death and the aftermath.

Taylor's aunt watched the interview at the Newburg Boys and Girls Club Wednesday while the family kicked off the Breonna Taylor Foundation's 'Get out the Vote' initiative.

"I just think he should save his testimony for the courtroom," Austin said.

Mother Tamika Palmer also saw the video, but said she didn't want to share words about it afterwards. Family attorney Lonita Baker, however, said Mattingly's message to Palmer did not feel genuine.

In the interview, Mattingly spoke directly to Palmer, saying, "Ms. Palmer, no one should ever have to go through what you're feeling."

"He's had since March to express any sympathy to Ms. Palmer – he does not apologize to Ms. Palmer," Baker said.

The family also took issue with Mattingly saying Taylor's death was "not a race thing," questioning why police then sought to execute a warrant after midnight.

"For Breonna, being a Black woman, there never would've been a no-knock warrant being sought on her apartment, there never would've been an attempt to go into her home at nearly 1 in the morning so that's where race plays a role into this," Baker said. "It's not that we're imagining these things that people are imagining these things, this is real and if he can't understand that from the other perspective, he has no business serving as a police officer."

In his interview, Mattingly also called out city and police leadership for not correcting false narratives about the case, but Mayor Greg Fischer disagreed.

"Way early on when all this happened we were constantly communicating from this office to beat down some of the mistruths that the media – national media in particular – was reporting, so I'm sorry he feels that way we've been trying to do everything we can to make sure the truth gets out in this case," Fischer said.

Attorneys for Taylor's family said Judge Annie O'Connell's decision to allow grand jurors to publicly talk about the proceedings only strengthens their calls to appoint a new special prosecutor. Attorney Sam Aguiar said on social media that they "hope to have an application filed for appointment of a new prosecutor within the next few days."

RELATED: Sgt. Jonathan Mattingly says 'Breonna Taylor would be alive' if officers didn't wait for someone to answer door