The new Virginia law goes into effect in March. It prohibits police from going into a home without first announcing themselves. 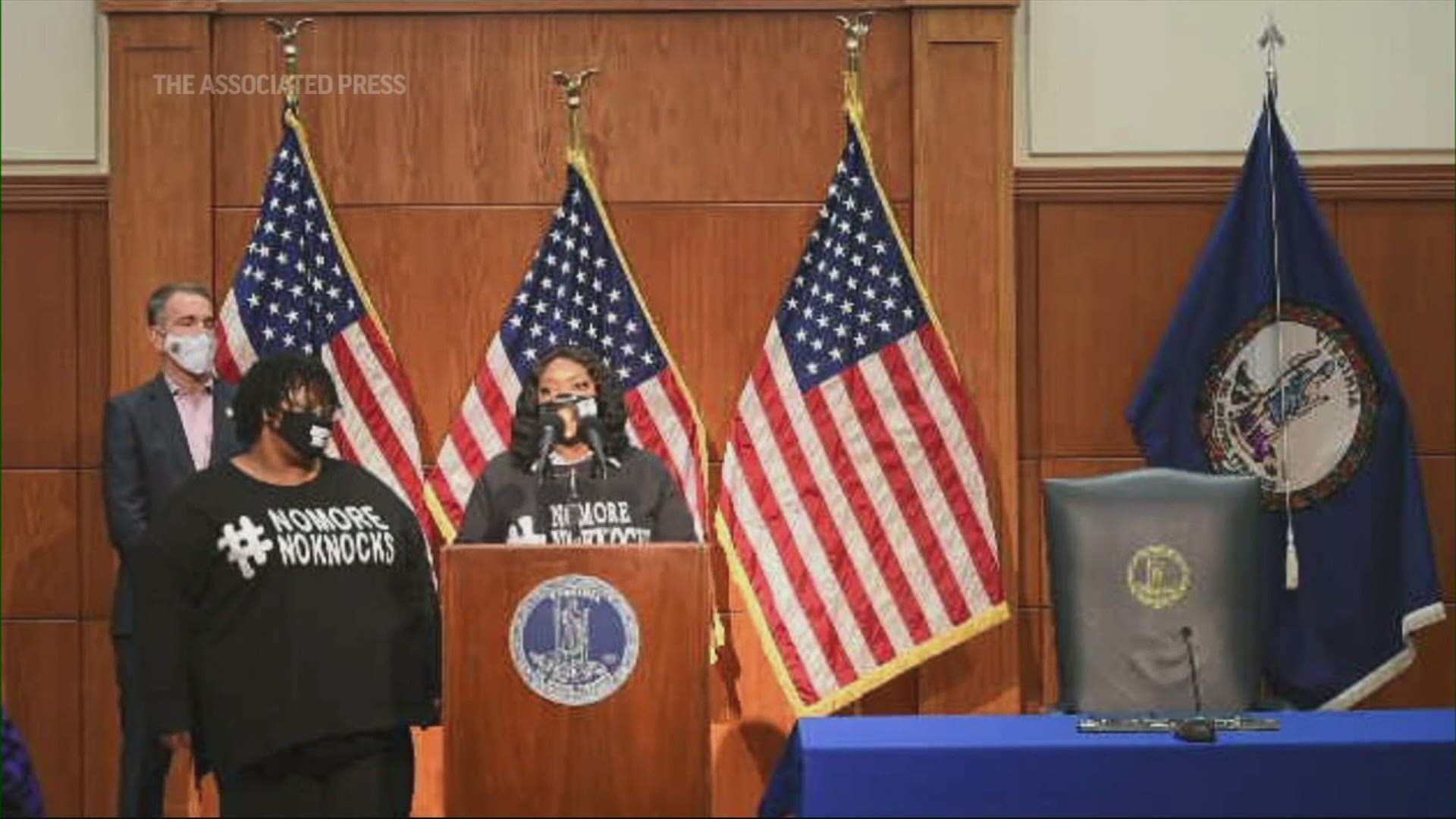 The law is named after Taylor, a Kentucky woman who was fatally shot when Louisville police broke down her door in the middle of the night. “Breonna’s Law” is the first such law enacted by a state since Taylor was killed in March.

Two other states, Oregon and Florida already had similar bans. Several municipalities, including Louisville, have banned the practice since Taylor was killed.

The law goes into effect in March. It prohibits police from going into a home without first announcing themselves.

Louisville city leaders signed Breonna Law in June. It bans no-knock warrants in Jefferson County. It also requires officers to turn on body cameras five minutes before and after a search.