Recordings from the grand jury's decision in the Breonna Taylor case have been released. WHAS11 FOCUS investigators are reviewing the 15 hours of audio. 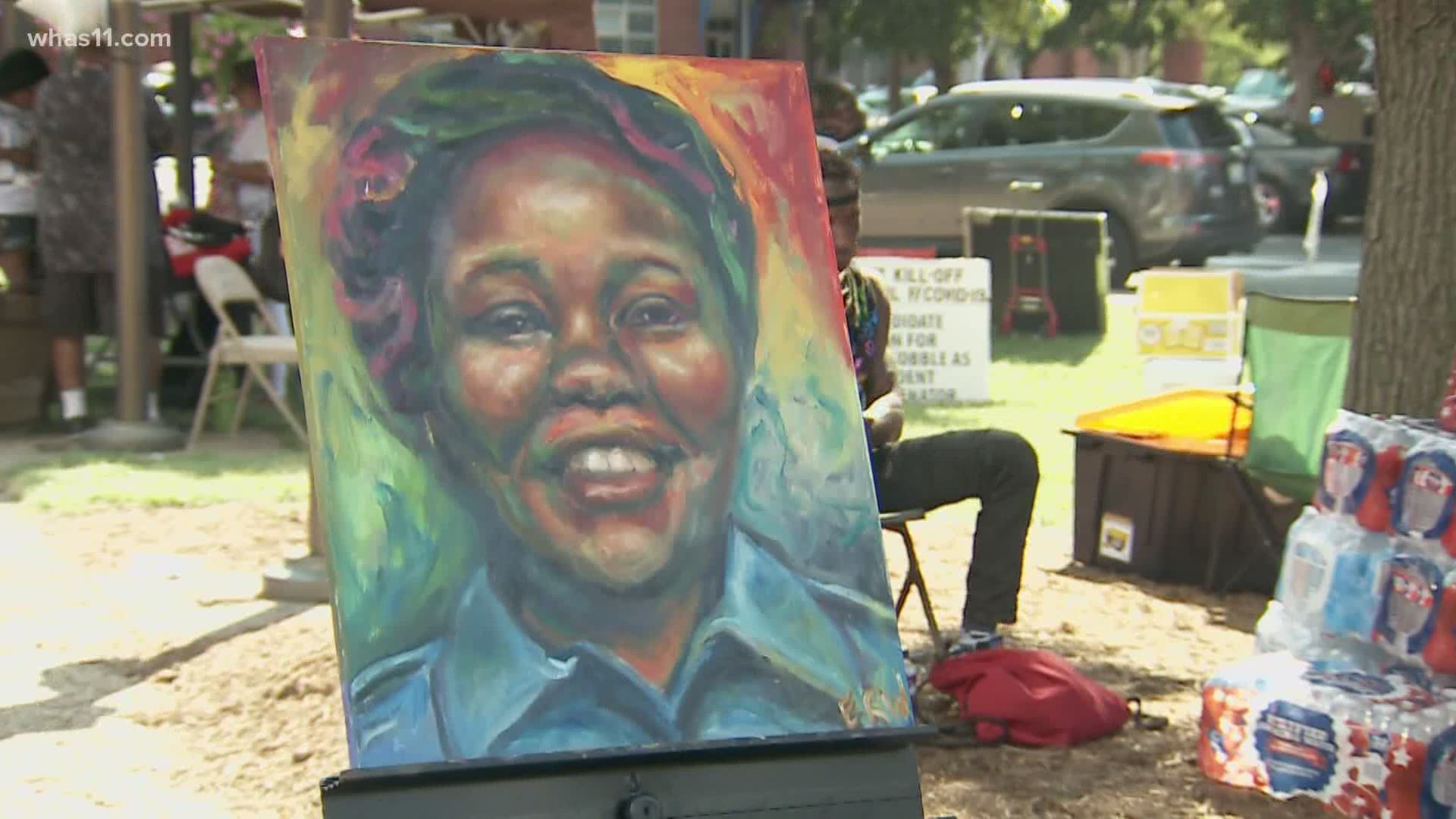 LOUISVILLE, Ky. — Recordings from the grand jury's decision in the Breonna Taylor have now been made public. Close to 15 hours of audio were ordered to be released by Noon Friday.

“I’m confident that once the public listens to the recordings, they will see that our team presented a thorough case to the Jefferson County Grand Jury.”

“Our presentation followed the facts and the evidence, and the Grand Jury was given a complete picture of the events surrounding Ms. Taylor’s death on March 13th. While it is unusual for a court to require the release of the recordings from Grand Jury proceedings, we complied with the order, rather than challenging it, so that the full truth can be heard."

RELATED: 'So the full truth can be heard.' Kentucky Attorney General on release of nearly 15 hours of grand jury recordings

The recordings were broken into 14 separate audio files ranging between two plus hours of audio to nine minutes. The grand jury deliberation recordings are dated Sept. 21 through Sept. 23.

WHAS11 has decided not to post or link to raw audio clips due to the names of witnesses and identifiable voices of jurors on the recordings.

Updates are excerpts dated on the day each recording took place.

This is a live blog, information discovered in the recordings will be updated as WHAS11 reviews audio. Follow us on Twitter for live updates.

Sept. 21:  The grand jury heard three different radio transmissions made by Officer Brett Hankison on the night of March 13. Hankison can be heard asking for a medic for Sgt. Jonathon Mattingly, who was shot in the leg.

Sept. 21: Mattingly testified before the grand jury that LMPD announced themselves at Breonna Taylor's apartment before ramming into the property.

"Banged on the door, no response," said Mattingly in the recording. "Banged on it again, no response. At that point we started announcing ourselves. 'Police, please come to the door.'"

Sept. 21: 911 calls of Breonna Taylor's neighbors on the night of March 13 were played for jurors.

“I don’t know where they’re coming from but there were a lot of gunshots," one neighbor is heard saying in a call.

Multiple other 911 calls from separate neighbors were played for the grand jury.

"There was a bunch [of shots] and then there was some that sounded like it wasn’t the same gun," one neighbor of Taylor, said in a 911 call.

One neighbor said they heard arguing outside of the apartment.

Sept. 21: One juror is heard asking why there is a time lapse between 911 calls being made.

Knowles said that he sustained minor injuries that night and said he heard a female voice coming from the apartment.

Before arriving on the scene, Knowles testified that he and other officers were not briefed that a man was inside the apartment.

Sept. 22:  Jurors listened to former LMPD Det. Brett Hankison's interview with Metro Police's Public Integrity Unit on March 23. Hankison testified to the PIU that he was supposed to be off work that day but volunteered to come in.

He stated that he knew nothing about the investigation prior to being called in but was briefed on basic addresses.

Sept. 22: Hankison said they knocked and then waited 30 to 45 seconds before ramming the door, unsure of who made the call, in the recordings played for the grand jury from his interview with LMPD March 23.

Sept. 22:  Hankison said that he believed he saw a someone with a "long gun" or "AR-15" based on the sound of the shot fired and the stance of "the figure" after the door at Taylor's apartment was rammed open.

Sept. 22:  “I was afraid and it was a super helpless feeling knowing there is a guy with a AR-15,” Hankison said in an interview with LMPD on March 23 played for the grand jury.

Hankison said Walker told police that Taylor was the one that shot at police and that she was dead. Hankison said audio of Walker is on a body camera.

Sept. 22:  A recording of Kenneth Walker, Taylor's boyfriend, being interviewed by police was played for jurors.

Walker said that police told him they were looking for a white male in Taylor's apartment.

"I haven't a clue why they were at the door," said Walker in an LMPD interview played for the grand jury. "I know if they were coming to talk to me or her it would have been no reason for them to even think about kicking the door in."

Sept. 22:  "We have no dealings with the police, if I had heard 'police' it would have changed the whole situation because we have nothing to be scared of," Walker said.

Sept. 22: In a following recording of Walker's interview with LMPD's PIU, he explained that once he was put into an LMPD cruiser for questioning, the officer driving told him there was a "misunderstanding."

Sept. 22: LMPD Det. Mike Campbell said that he spoke to other residents in the apartment complex and described that Walker gave a statement on how he heard the knock and Taylor was the one who fired a shot at officers.

The recording of Campbell's LMPD's Public Integrity Unit interview was on March 23.

Sept. 22: In a interview with Metro Police's PIU, LMPD Det. Fogg said police knocked on Taylor's door and announced themselves. He then said 45 seconds later the door was rammed open and a shot was fired. The shot fired hit Mattingly.

Fog said he applied a tourniquet to Mattingly's wound.

He then said they had a "no-knock" but did not treat it like one. He said they announced so loudly, Taylor's neighbors came outside.

Sept. 22: "It's like I'm in a cave. Complete, utter silence," Det. Fogg described moments after shots were fired.

"There are these vivid white flashes in this dark room... I realize that John [Mattingly] is at my feet, moving around," said Fogg.

Sept. 22: Det. Fogg was asked what LMPD's training is when to discharge a weapon.

"How were you trained on when to discharge your weapon?" one recorded juror asked.

"I would discharge my weapon when my life was in imminent danger," Fogg answered.

Sept. 22: LMPD SWAT team Lt. Massey testified before the grand jury. Massey was asked if it was common for three people to go through a doorway that is 36 inches, he said it is not common.

"We got the feeling that night that something went bad; egregious," Massey said in the recording.

"She [Taylor's neighbor] walked up to him [officer on scene] and asked, 'what happened?'"

Hall said, "Some drug dealing girl shot at the police."

She had been recording everything on her Facebook live, and this was on her live feed.

"[Neighbor's] Daughter says, 'mommy, that's Bree's apartment', meaning Breonna's apartment. She didn't know Breonna, but her kids did. Breonna was a mentor to a lot of the kids in the neighborhood."

Sept. 23: Jurors asked KSP Det. Hall if drugs, money or paraphernalia were found inside Taylor's apartment. Hall testified that none of those items were found.