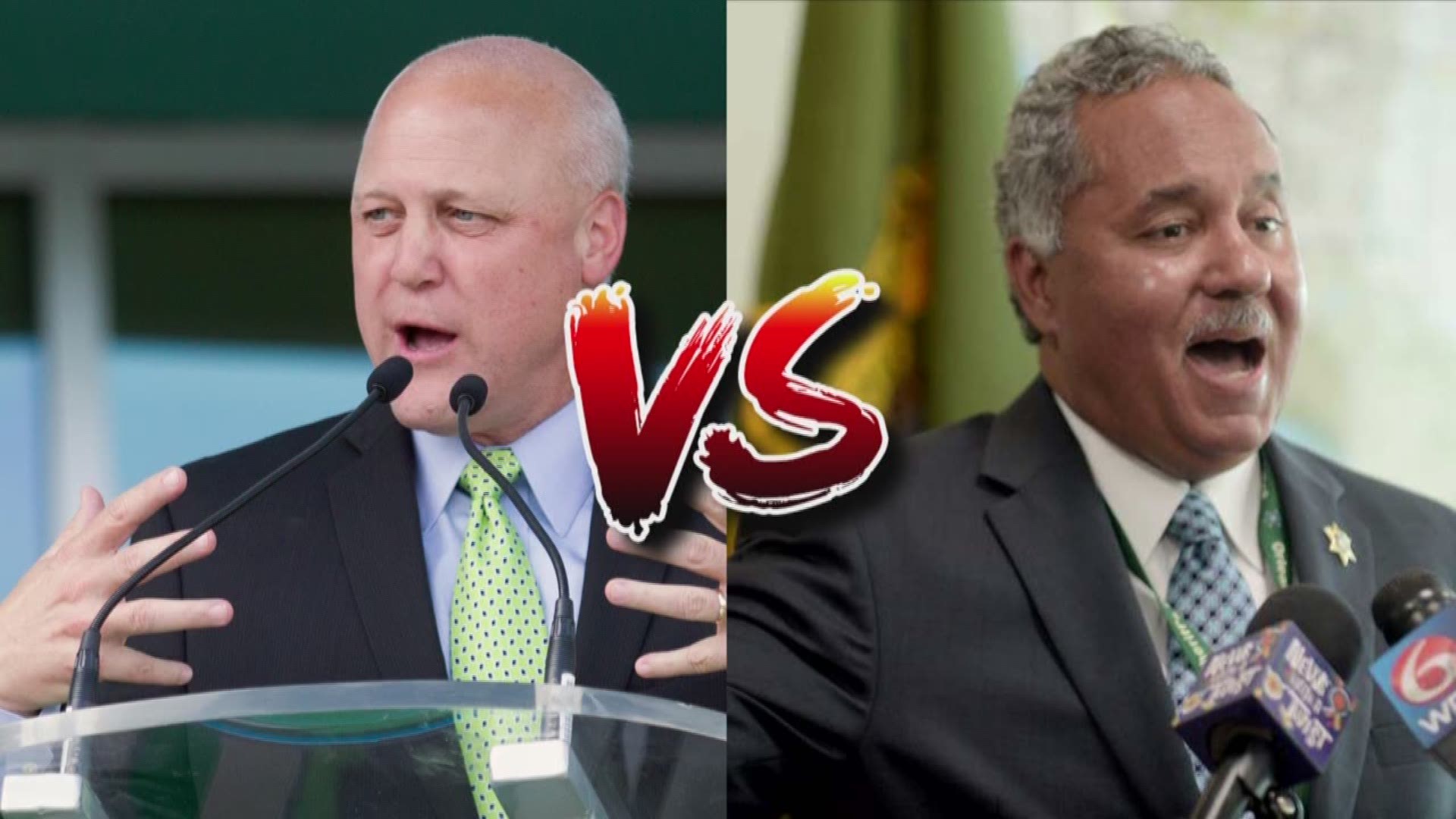 NEW ORLEANS -- With millions of dollars on the table, the invitation to pursue a coveted MacArthur Safety and Justice Grant began as a rare opportunity for the major players in the New Orleans criminal justice system to work as a team.

Instead, more than 18 months into the process, the collaboration – primarily aimed at reducing the city's incarceration rate – has led to bitter clashes and fewer dollars than originally expected.

The grant was spearheaded by the offices of the mayor and sheriff, agencies that have been at odds for several years, engaged in a financial and political fight over how to pay to operate the new jai under a sweeping consent decree.

Despite the public acrimony, the city and sheriff's office had quietly been working behind the scenes to land the MacArthur award to reduce the city’s jail population from its current 1,600 inmates.

New Orleans is burdened by one of the highest incarceration rates of any city in America. Fewer people in jail not only saves public resources, it keeps minor offenders out of jail, connected to families and jobs and in a better position to get counseling or drug treatment.

“This was a great opportunity for us to act as partners, the city and the sheriff.,” said Susan Lindsey, the sheriff’s representative to the grant committee.

Other criminal justice agencies jumped on board, including the DA's office, criminal court, public defender's office and a number of community leaders.

Lindsey was triumphant when the group, in a rare alliance, agreed to nearly 20 proposals to meet the grant's goal of reducing the jail census by 27 percent, down to fewer than 1,200 inmates. The list included expanded or new programs for pre-trial diversion, counseling and the jail’s day reporting center, among others.

“That was really big that we left that room in agreement as to what we were stating we would do and the funding that would be needed,” Lindsey said.

But the celebration quickly turned to disappointment.

In an announcement last year that New Orleans was selected for a grant, it was also announced that the city would not be getting the $3.5 million award it applied for, but less than half that amount: $1.5 million. That forced the committee to go whittle down 19 different proposals to a few that could be funded.

“That was heartbreaking,” Lindsey said. “We had such momentum with a team that was starting to gel.”

“When the dollars changed, things changed. And that's when it fell apart. That's unfortunate,” said committee member and political consultant Blair Boutte, owner of a bail bond agency. “A lot of well-intentioned people put a lot of time into this. But the vast majority ended up very disappointed, including myself.”

-- Money to the public defender's office to fill budget holes.

-- Creation of a new city employee assigned to accelerate the transfer or release of eligible inmates.

-- And perhaps most controversial, a pre-arrest diversion program, in which minor offenders would be sent to a so-called “deflection center” for counseling instead of being arrested and sent to jail.

“To spend that money in the manner that the city is proposing is not going to reduce the jail population,” said committee member Rafael Goyeneche, president of the Metropolitan Crime Commission. “What it does do is scuttle any chance of the criminal justice agencies to collaborate.”

“This was a missed opportunity,” District Attorney Leon Cannizzaro said. “Unfortunately, a lot of us who were at those meetings were not able to reap any of the benefits despite having good ideas with proven track records.”

One of the most disenchanted was Bishop Tom Watson, leader of Watson Memorial Teaching Ministries.

“All of a sudden it goes out the window. I'm very saddened by that,” Watson said.

Watson was especially critical of choosing an untested deflection center over some of the other more proven programs.

“They deflected us,” Watson said, sarcastically referring to the administration’s “deflection center” idea. “They played a game on us. And that's why I feel misused, of my time, my energy, my skills, my resources.”

In a written statement, the city put a positive spin on the outcome, celebrating the fact that it was one of 11 sites selected out of about 200. As for the ideas that did not get funded, the city stated that it selected “the most impactful programs that will change how the system operates instead of those that would be more difficult to sustain.”

The process continues to move forward, despite a formal letter of objection from Lindsey to the MacArthur Foundation, stating “an ethical responsibility to report what we believe is ineffective spending.” Lindsey is no longer co-chair of the grant committee.

“Some folks who realized there was not going to be no cheddar at the table for them, this is when everybody started screaming, they want to get up or push away from the table,” Henderson said.

Henderson, a prison activist who heads a group called Voice of the Ex-Offender, said some of the other ideas would not have addressed the core problem of over-incarceration.

“People are trying to use this money for other things, and it was like, no, it ain't going to happen on our watch,” he said.

Now the challenge is on the city to meet the jail reduction goals outlined in the grant. Future funding by MacArthur will depend on it.