Charter school hired principal with criminal past, then fired him for sexual harassment

At the center of those claims is an audio recording made of him about a month after he started as principal at Fischer. 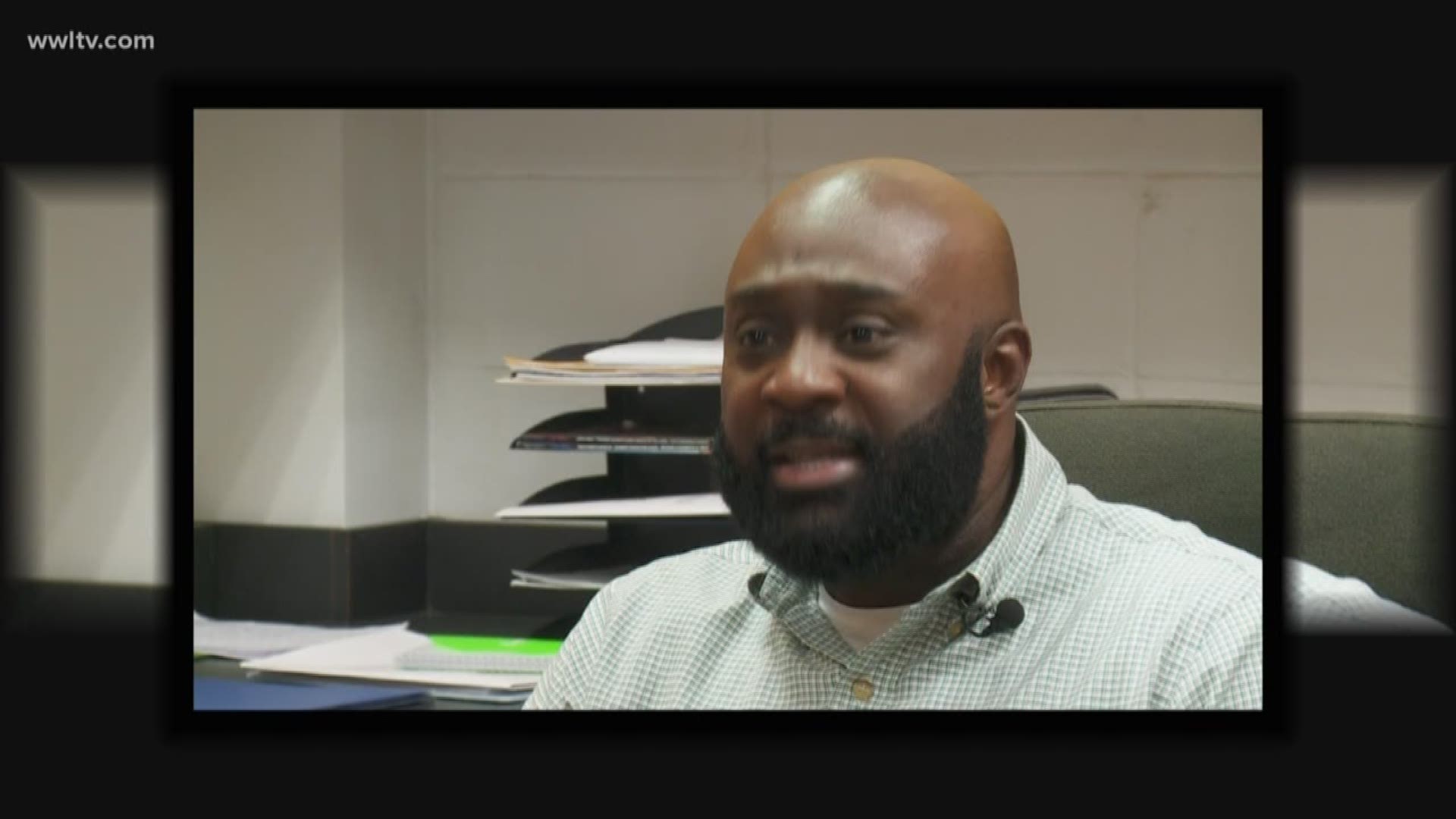 The allegations against Green include a shocking audio recording, made by former William J. Fischer social studies teacher Lindsay Garcia, who claims Green is the man in the recording telling her he wants to “snatch up, kidnap, subdue… someone we both know.”

The evidence presented by Garcia in court also raises questions about a lack of oversight for the 42 charter school organizations now operating most of New Orleans’ public schools. One concern is how they hire staff – a concern that already helped inspire a change in Louisiana law last year to prohibit schools of any kind from employing convicted felons.

The evidence in the court record shows that Algiers Charter Schools Association, which operates Fischer, hired Green even after he acknowledged having a criminal record, after his Louisiana teaching certificate had already been revoked for failure to disclose a felony conviction, even though his application stated that he had been asked to resign from a previous job because a coworker had accused him of “physical abuse in the workplace.”

Green presented himself as “Dr. Stanley Green.” He claimed on his application to Algiers Charter to have a PhD. from Maryville University in St. Louis, conferred in May 2015. But he later testified in a deposition, under questioning from Garcia’s attorney, that Maryville never gave him the doctorate because he still owed the university money.

“He never indicated he was employed during the gap and was dealing with personal family issues,” said Troave Profice, New Orleans College Prep’s director of communications.

“In accordance with Title VII of the Civil Rights Act of 1964, Algiers Charter does not automatically disqualify candidates due to their criminal record,” Gay said.

Charter schools do not have to comply with state Education Department requirements for teachers and administrators to hold certain certificates. But the Board of Elementary and Secondary Education (BESE) is in the process of promulgating new policies for issuing other authorizations for charter school educators.

Green had his Louisiana teaching certificate revoked in 2012 by BESE, which said he failed to disclose a 1998 conviction in Jefferson Parish on access device fraud. The conviction, which was for fraudulent credit cards, has since been expunged, but BESE certification rules still required it to be disclosed.

The new state law also prohibits schools from hiring people with convictions, even if they have been expunged.

He was also convicted of possession of an unregistered firearm in New Orleans in 1994, which was later expunged, and arrested in 2008 in Fulton County, Ga., for simple battery against his brother-in-law, according to his deposition testimony last year.

On his 2016 application to Algiers Charter, Green admitted that he had been convicted of crimes, but claimed his brother had used his identity to commit the offenses.

Green told Algiers Charter in his 2016 job application that he was in the process of applying for a new Louisiana educator’s certificate. But BESE records show he had not applied again since being denied in October 2012.

But Green still had active educator’s certificates in Georgia and Missouri. After leaving New Orleans’ Recovery School District in 2011, he worked in St. Louis Public Schools as a turnaround principal and as dean of students at a charter school in East St. Louis, Ill.

“We are confident in the court system to bring this matter to a just resolution,” Green’s attorney Ted Le Clerq said in a written statement to WWL-TV.

Garcia’s evidence in the court record includes texts, phone records and sworn statements claiming that Green already had been making sexual advances, asked her out on dates and repeatedly said to her, “why you keep making me beg for it?”

But at the center of those claims against Green is the audio recording Garcia says she made of him when he approached her in the hallway on Sept. 12, 2016, about a month after Green started as principal at Fischer.

Green: “I want to snatch somebody.”

Garcia: “You want to snatch someone?”

Green: “Yeah, snatch someone and keep 'em for a period of time. I'm not going to hurt them, mark them up or bruise them or anything. I just want to be gentle, you know?”

Garcia: “Whoa, ho, ho, wait. You're not supposed to put your hands on anyone.”

Garcia: “You don't like kidnapping kids? Who you trying to kidnap then?”

Green: “Somebody we both know.”

Green: “Just kind of plan it out.”

Garcia: “Plan it out? Well, you're saying ‘snatch up' and stuff like that, so I don't know.”

Garcia told WWL-TV she was so flabbergasted by the exchange, which happened in front of a group of students, that she didn’t know what to do.

“I've been in some pretty weird situations, but that was definitely a first for me,” she said.

Garcia testified that after being afraid to reject Green’s advances outright before, she told Green later that day that his behavior and comments had to stop. But Garcia says it only got worse after that.

First, she said Green threatened to take away vacation time she had already been granted for a trip she took every year to teach Latin dancing. Then she said he gave her a poor teaching evaluation.

According to court records, Algiers Charter’s human resources department found out about the incidents from another worker at the school. The organization hired an investigator who found another female employee at Algiers Charter had similar complaints about Green.

The investigator collected copies of Green's text messages to that other woman, including one that said "GM (Good Morning) Beautiful.”

At Algiers Charter’s request, that woman provided a statement saying she repeatedly told Green to stop. She also alleged Green would "look me up and down and smack his lips."

The investigator questioned Green, who said he was "just a guy being a guy,” according to a report in the court record.

WWL-TV is not disclosing the name of that woman because she filed a confidential statement to Algiers Charter and never agreed to make her statement part of the court record in Garcia’s lawsuit. But she spoke to WWL-TV by telephone and said she left Algiers Charter over the way the organization treated her and handled harassment complaints.

Algiers Charter’s investigator also confronted Green about the texts, notes and comments to Garcia. He admitted flirting with Garcia, but denied the person on the recording was him. The investigator wrote that she didn't believe him, saying "his mannerisms led me to believe this was inaccurate" and adding the person in the recording sounded like him.

Garcia said she suffered emotionally and her teaching over the next year at Fischer suffered.

“Something that was very personal, that I was very passionate about had been infected by something very vulgar and perverted,” she said.

Algiers Charter did not renew her contract for the 2018-19 school year.

New Orleans College Prep named him principal at Sylvanie Williams Elementary. The resume he provided said his last employment was in 2015-16 in St. Louis, skipping the Algiers Charter experience entirely.

“I believe the community should know what's going on inside of these charter schools because there is a lack of oversight, and when it comes to the school board, there's a benign neglect,” Garcia said.