On Friday (Dec. 14), the Coast Guard announced it had taken the rare step of tapping the Oil Spill Liability Trust Fund to design and implement the containment system itself. That means the government would pay the costs using the trust fund, then bill Taylor for it. 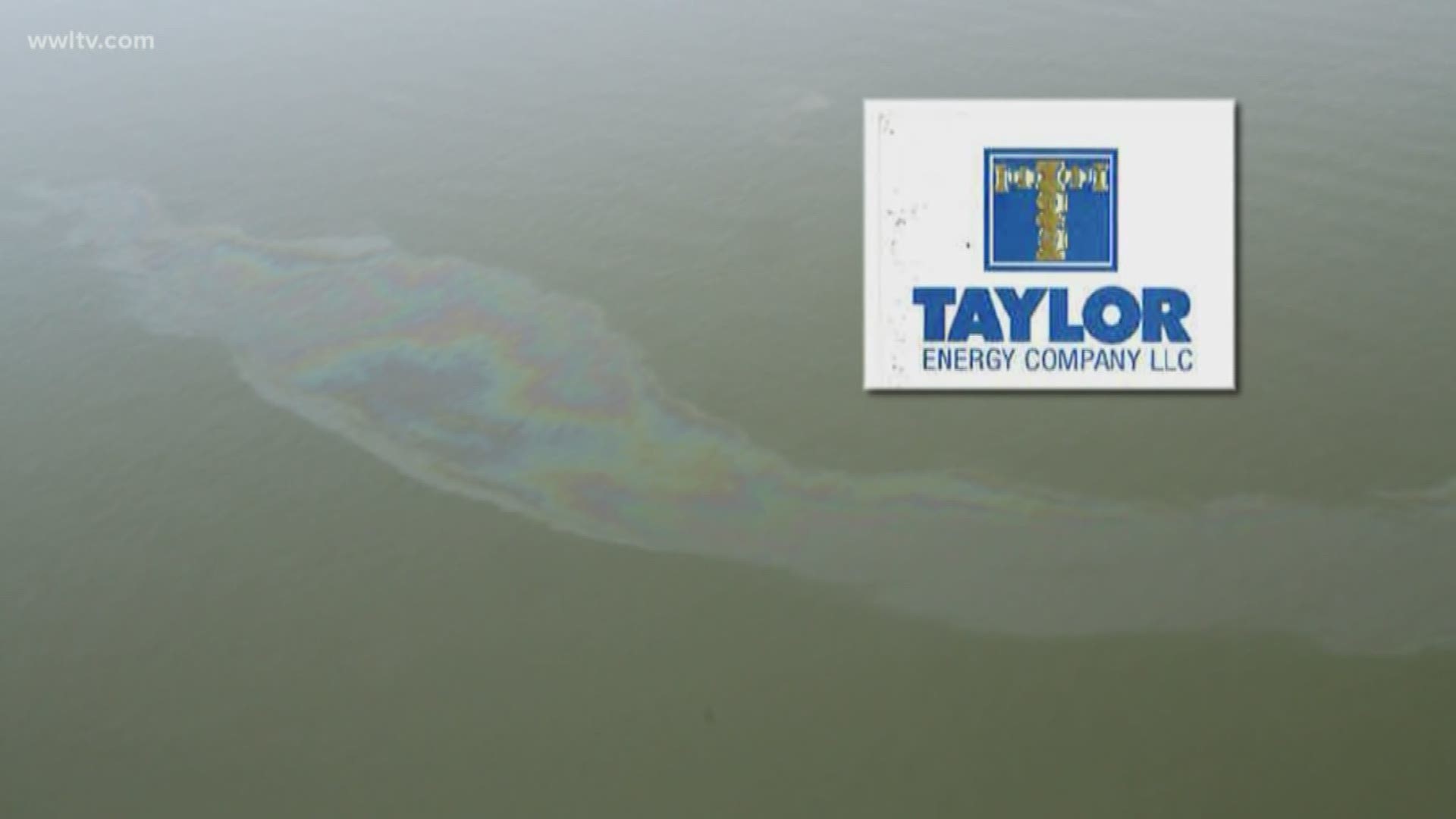 The U.S. Coast Guard has federalized the response to the 14-year-old Taylor Energy oil spill off the coast of Plaquemines Parish in a stunning rebuke of the New Orleans-based company.

The leak started in 2004 when Hurricane Ivan caused a mudslide on the floor of the Gulf of Mexico that toppled one of Taylor's offshore platforms, about 12 miles off the tip of the Mississippi River.

For more than a decade, the company and federal government worked together to plug a series of wells buried under a 100-foot-deep landslide of mud. They jointly agreed to keep monitoring the leak, which barely received any public attention until 2010, after BP’s massive oil spill happened about 35 miles to the south.

Taylor officials said the leaks in several of the 25 wells tied in to the toppled production platform were caused by an “act of God,” not any negligence, and the federal government never fined the firm for any violations of the Clean Water Act or other environmental laws.

But as WWL-TV reported in October, the government’s public position began to change when The Washington Post shined new light on the spill, noting that it was a deterrent to the Trump Administration’s efforts to expand offshore drilling.

Taylor says the leak is small but also too dangerous to mess with on the ocean floor. After the Post article appeared, the Coast Guard suddenly ordered Taylor to hire contractors to build a new containment system, similar to the “top hat” that spectacularly failed to contain and collect BP’s spewing Macondo well in 2010.

As WWL-TV reported last month, Taylor failed to meet a deadline to hire a contractor for containment operations. Taylor complained that the government gave it less than 48 hours to sign a contract that could ultimately cost more than $1 billion.

“If there were anything legally permissible and effective that Taylor Energy could do in an environmentally responsible manner to stop the sheen, we would have already done it,” the company said in a statement to WWL-TV last month.

On Friday, the Coast Guard announced it had taken the rare step of tapping the Oil Spill Liability Trust Fund to design and implement the containment system itself. That means the government would pay the costs using the trust fund, then bill Taylor for it.

The Oil Pollution Act of 1990 gives federal on-scene coordinators the authority to tap into a $50 million annual emergency fund for cleanup and response activities, typically when an oil company refuses or is unable to pay for cleanup.

The on-scene coordinator for the Taylor Energy spill, Coast Guard Capt. Kristi Luttrell, ordered partial federal control of the response in November after Taylor missed its deadline to start building the containment apparatus.

“We are committed to public safety and preserving the Gulf marine environment,” Luttrell said in a news release. “As we move swiftly to develop and install the containment system, we will continue working with our federal, state, and local partners to ensure a permanent solution is in place.”

Although the Coast Guard has taken over the response operations, it’s considered a “partial” federalization because the government still plans to bill Taylor for the costs. Meanwhile, Taylor has sued the government in the Court of Federal Claims in Washington, D.C., seeking to recover $432 million from an original $666 million spill-response trust fund, claiming it has done all it could to stop the leak.

A new report issued this fall by a government contractor estimated the spill to be dozens of times larger than Taylor and the Coast Guard had believed. Taylor still maintains the oil sheen on the surface comes from old, weathered oil trapped under the mudslide, not any actively leaking wells.

Taylor still believes the amount of new oil coming to the surface to be no more than a quarter barrel of oil per day. But the government is now following a study it filed in court in August that estimated the spill could be nearly 700 barrels per day, a rate that -- when spread out over 14 years – would rival the total amount spilled by BP in the 87 days after its Macondo well blew out and the Deepwater Horizon rig exploded.

Taylor disputes the scientific methodology of that study, which was conducted by Oscar Pineda-Garcia, director of Water Mapping LLC.

"The Coast Guard issued its order based on flawed analysis and inflated volumes that are completely inconsistent with the scientific record built over a decade by the world's leading scientists, including those regularly relied upon by the government,” the company statement said in November.

“The government refuses to share data to support these inflated volumes, and we have no evidence to support that this newly-ordered containment system will work. Taylor Energy’s greater concern is that the government is leading the response down a dangerous path that will create an environmental impact that currently does not exist.”

The Coast Guard says its new containment efforts are “in the planning stage” and will require weeks of work at sea with divers and remotely operated submarines to assess the damage. Luttrell said the Coast Guard team is determined to move swiftly to stop the leak.

“We plan to leverage every weather window available from now until the system is installed and collecting oil,” she said.

The question remains, however, of why the sudden sense of urgency after 14 years of simply monitoring the leak.