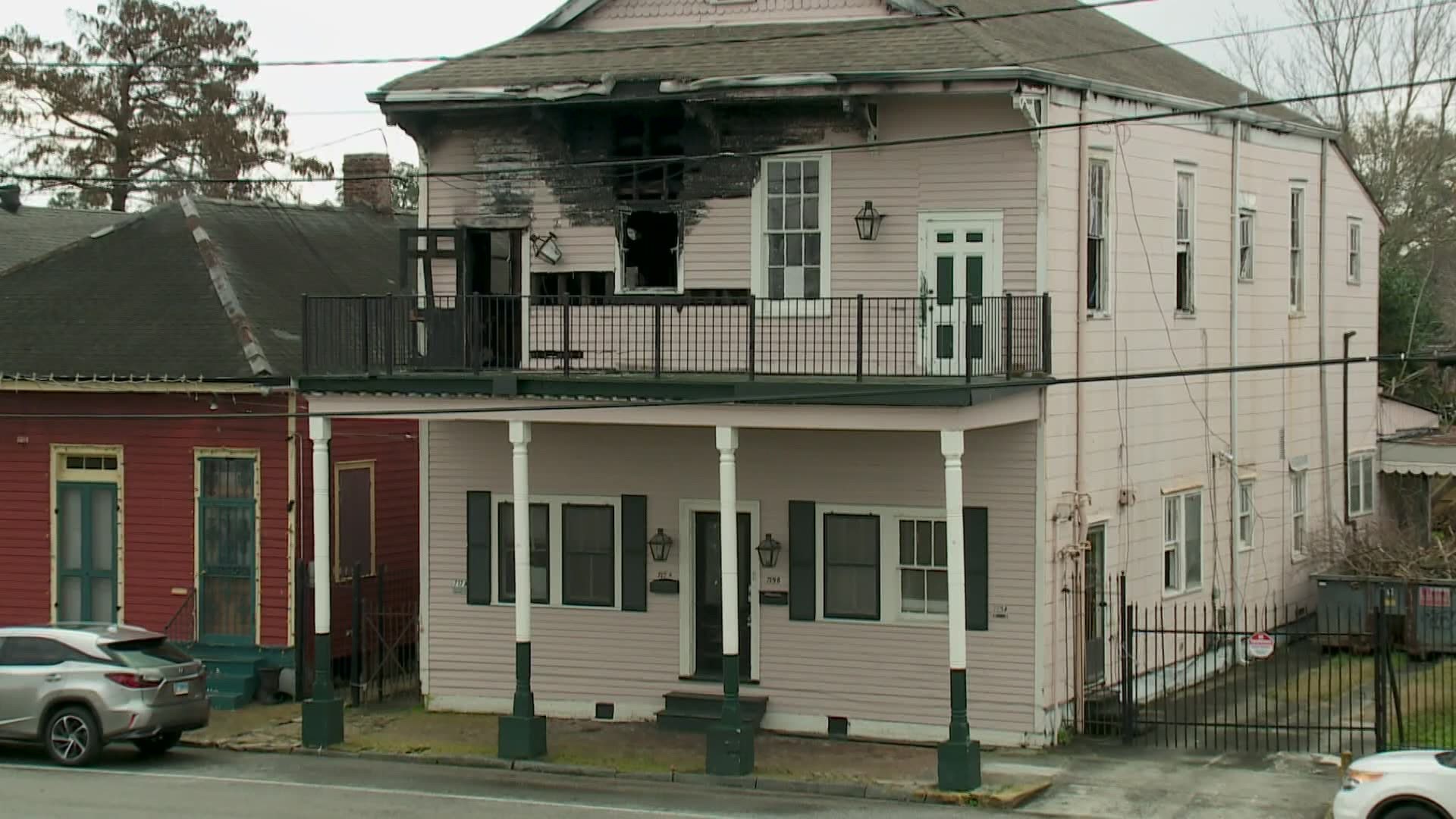 NEW ORLEANS — Since at least 2011, neighbors have been complaining about a dilapidated two-story house on Patterson Street in historic Algiers Point.

They called 911 repeatedly to report disturbances involving tenants there, and informed city officials about broken windows, trash and exposure to lead paint. In July 2018, a city administrative hearing officer ruled that the owner, state Sen. Troy Carter, had committed 14 code violations and ordered him to pay $7,075 within 30 days.

The problems continued. In November 2019, a fire broke out in the second floor of the two-story structure, leaving a blackened eyesore that remains unoccupied. Until this week, the front door was unsecured. Carter owes $24,160 in penalties and taxes on the property, according to the city.

All of this has prompted more complaints by neighbors, and they are especially angry now that Carter, a Democrat, is making lofty campaign promises while running for the congressional seat that U.S. Rep. Cedric Richmond has vacated.

“He doesn't care about his community,” said Hank Drennon, an artist who lives two doors from Carter’s blighted property. “He just cares about the photo ops and his next election.”

Carter said that’s an unfair comment and pointed to years of work to benefit his constituents as a state representative, a city councilman, and now as a state senator.

“I’m not running from my responsibility,” he said.

Carter said the city assessed violations against him in 2018 -- even though, he said, he had addressed some of the problems -- because he missed an administrative hearing held on July 31 of that year. He said he had informed a senior city official, Chad Dyer, that legislative business in Baton Rouge would force him to be absent.

More recently, Carter said he began work on a full-scale renovation that will make the neighbors proud. He would have undertaken the work earlier, he said, but he was slowed by delays in the city’s permitting process. He said those were caused in part by disruptions from a December 2019 cyberattack and the pandemic.

“I want this property back in commerce,” Carter said in an interview. “And I've done everything in our power to play by the rules, to go step by step to deal with the process. Unfortunately, the process is flawed.”

But the city stands by its permitting process and says it afforded Carter every opportunity to resolve the problem. It also said the Historic District Landmarks Commission rejected Carter’s initial design for a renovation in 2020 and rejected the idea that his permits were delayed.

“I would never want to have a property that was not done right,” Carter said. “That's why I'm going through the measures of doing, of taking care of and really restoring this to a point where not only would it be good for me, it's going to benefit all the adjacent property owners because it's going to improve their property values.”

Carter owns three other properties nearby, including the Tout de Suite Cafe. He lives in the gated English Turn development and is managing partner of a consulting firm called Policy and Planning Partners that assists business, nonprofit and governmental entities.

His Patterson Street property, a two-story, double shotgun with brackets that faces the levee, has two units on each floor, a total of 3,990 square feet. It includes a vacant lot next to it that until this week was overgrown with weeds and occupied by a dumpster.

The day after reporters and photographers from The Times-Picayune | New Orleans Advocate and WWL-TV came to interview neighbors, crews cleaned the lot and prepared the house for construction.

In 2009, Carter received $59,000 in federal Hurricane Katrina recovery funds for the property, which required him to rent two of the four units to low- or moderate-income residents. He must continue that practice for several more years under the Road Home Small Rental Program rules in order to keep the grant.

Carter has a $510,000 contract with Metro Service Group and has hired Ray Manning Architects to restore the property in accordance with historic district requirements. Tighe Kirkland, a partner at Manning, said the permitting process has been arduous, with the application in March 2020 finally receiving approval in November.

But the property had problems long before the fire, which Carter said the fire department said was caused by a tenant smoking in bed.

There were 27 calls for 911 service from 2011 through 2018 for disturbances or other complaints, according to city records.

Ryan Hughes, a chef who lives next door, said he began complaining to city officials as early as 2014 about the state of the house.

Hughes provided photographs -- taken in April 2018, he said -- that show plastic sheeting covering broken windows, holes in asbestos siding, detached gutters and a broken exhaust pipe dangling from the back porch. A broken-down refrigerator sat on the back porch. Part of the back fence had collapsed.

Hughes said he and other neighbors tried to reach Carter without success. He said they began asking city officials to take action.

On Sept. 6, 2017, the city’s Historic District Landmarks Commission cited the property for demolition by neglect. In June 2018, a code enforcement inspector cited more than a dozen violations.

He accepted some of the violations but refuted others.

“As you can clearly see this property is not blighted and is fully occupied,” Carter wrote in a July 17, 2018, email to city officials that included photos of the remedial work he was carrying out.

In an administrative hearing two weeks later, hearing officer Karen Longon determined, after code enforcement officials and three neighbors testified, that Carter had committed 14 violations for such things as failing to remove trash, repair or replace fencing, maintain the structure and fix cracks in windows and door frames. He was fined $500 for each infraction.

In an interview, Carter said he didn’t follow up on those findings because Dyer had told him he would “take care of it.” But Carter acknowledged that he didn’t get anything in writing to back that up.

Carter said he attempted to resolve the issue at another administrative hearing, in July 2020, but the hearing officer said he had to pay the original fine, with additional penalties for not addressing the problem. By December, the amount had reached $24,160. Carter said he doesn’t believe he owes anything.

“I was told that once the renovations were done, because we're doing such substantive work, that they would roll off,” he said. “Otherwise, if I thought they would stay, then I would have paid them.”

Carter’s understanding is clearly not in line with the city’s. When he paid his 2020 property tax bill, on time, the city applied it as a partial payment on the code enforcement fines, in accordance with city ordinances. And now he’s been assessed a fine for $545 in delinquent taxes.

In response to questions from the two media outlets, city officials provided a series of documents relating to inspections from 2017, 2018 and 2019, along with dozens of photos showing problems.

Carter said he hired Manning within weeks of the fire to renovate the structure but didn’t receive the necessary city permit until November. He said he is planning to spend $400,000 to overhaul the structure and wishes the city’s process would have allowed him to go faster.

“We're as much a victim as any other citizen who finds themselves caught in the clutches of trying to get permits,” he said. “Permits are not easy to get.”