7 names to be added to New Orleans clergy abuse list

The Archdiocese said it relied on the audit from the Franciscans to determine the friars should be added to the local list of clergy with substantiated claims. 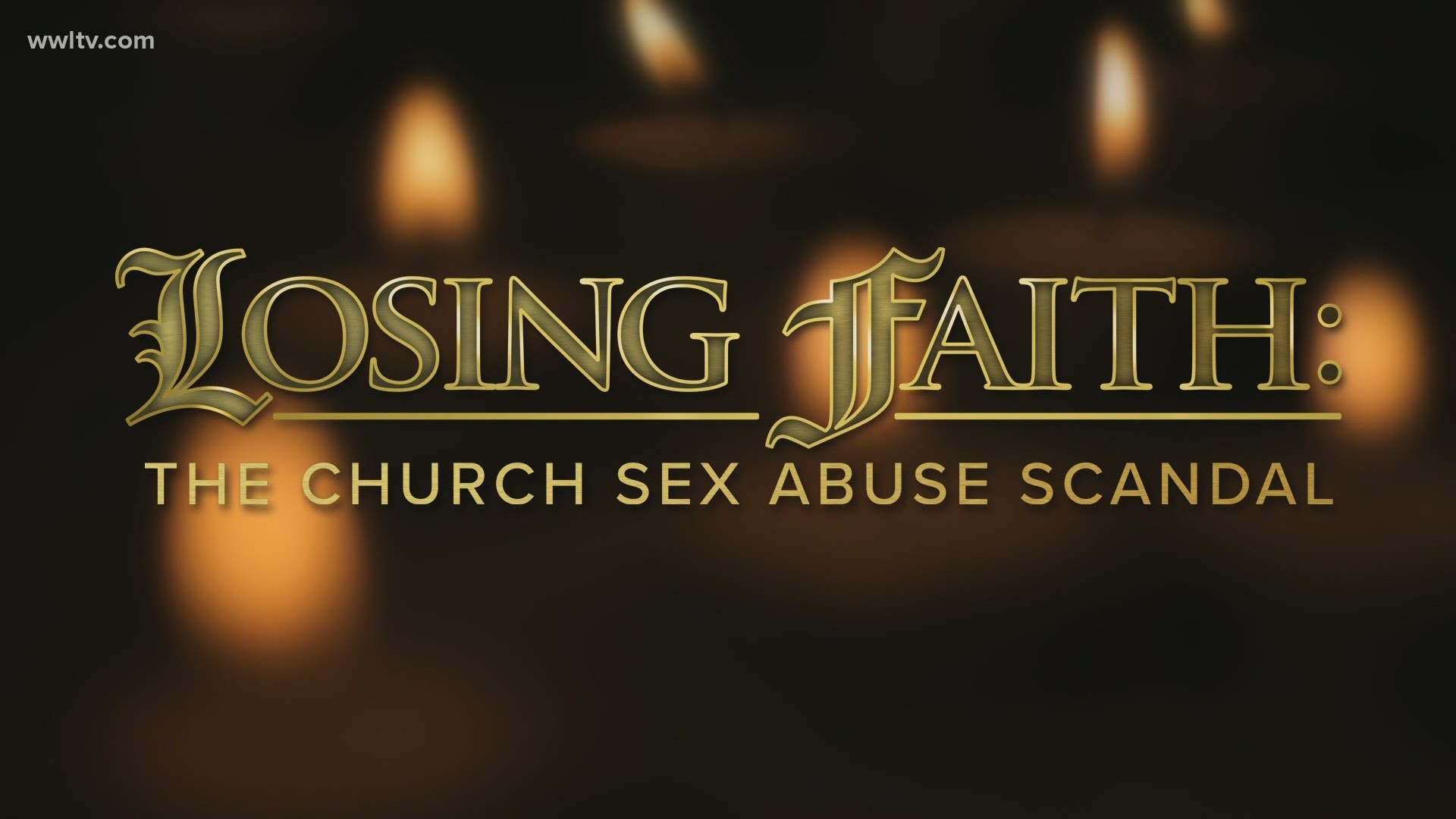 NEW ORLEANS — A former Franciscan priest is vehemently denying allegations that he abused a minor in Buras in the late 1970s or early 1980s after he and seven other friars were named by his former Catholic religious order’s provincial governing body in Cincinnati.

In an exclusive interview with WWL-TV and The Times-Picayune | New Orleans Advocate, Frank Davied said it was the first he was hearing of any allegations against him and compared himself to Jesus Christ.

“I'm shocked, I'm without breath. I have no clue. I don't even know of a minor that was even in the church there,” he said, referring to his time at Our Lady of Good Harbor in Buras from 1978 to 1983. “When something like this hit, I go back and think what it was like when Jesus Christ was accused.”

The Archdiocese of New Orleans is preparing to add Davied’s name and those of six other Franciscan friars to its list of local clergy with credible accusations of child molestation against them.

The additional names will bring the total number of alleged abusers publicly identified by Archbishop Gregory Aymond to 72.

Since Aymond released his initial list of 57 clergy in November 2018, a series of disclosures, some by the local archdiocese and others by regional religious orders not directly controlled by the archdiocese, have continued to raise the total.

The most recent release, by members of the Franciscan Friars chapter overseeing personnel in a region that encompasses Louisiana, contained a roster of 31 priests and religious brothers — who live similarly to clergy but are not ordained — with “substantiated child sex abuse allegations against them,” according to order officials.

Of the seven new clergymen Aymond identified as having worked in the New Orleans area at one time or another, Davied, who now lives in Pueblo, Colorado, is the only one who the archdiocese believes has a credible claim of molestation against him during the period he spent in the area. The Franciscans’ St. John the Baptist Province, which covers 16 states, alleged another friar named Alfred Pimple also abused a minor in the New Orleans area in the 1950s, but his name was already on Aymond’s original list from 2018.

Information about the accusation against Davied was not provided in the Franciscan's release, but a church source with knowledge of the situation said that a man came forward in 2013 and said that decades earlier Davied sexually abused him while Davied was serving in Plaquemines Parish.

Reached by telephone Wednesday, Davied, who is no longer a Franciscan, said he had never abused anyone and was shocked by the allegation. He also insisted that no abuse claims were “ever verified to me by my attorney” or Franciscan leaders.

“I know there was a situation that came up when I was pastoring, but it was never verified,” said Davied, referring to what he argued was a false claim against him in Pueblo, Colo.

“There was an allegation here in in the diocese of Pueblo, Colorado, of a young man that was probably in his 40s,” Davied said. “Recently, he has died by suicide. (He) said that I had, basically, I had touched him, I had unbuckled him, unzipped him, and after that three or four months of the, you know, the checking everything out, they did not find anything credible.”

The archdiocese said it relied on an audit by the Franciscans to determine that the friars should be added to the local list. The church announced the pending additions one day after The Times-Picayune | New Orleans Advocate asked the church for comment on priests who appeared on the order's list as well as in newspaper articles showing they served in the metro area.

Priests belonging to religious orders such as the Franciscans frequently work in an area overseen by dioceses but are managed by their orders’ officials rather than the local bishops. Bishops only oversee diocesan priests.

Besides Davied and Pimple, there are six Franciscans on the list who served in the New Orleans area but had accusations leveled against them while ministering elsewhere: Ray Chappa, Finbar ”Barry” Coyle, Joachim Lux, Carter Partee, Juvenal Pfalzer and Randolph Thompson.

All but Chappa, who is no longer a priest, are dead.

Ordained in 1975, Chappa was once the parochial vicar — essentially, the top aide to the pastor — at the Franciscan-run St. Mary of the Angels in New Orleans’ Florida neighborhood.

Coyle was added to the Diocese of Baton Rouge’s clergy abuse list last year. He had served St. Jean Vianney, St. Aloysius and was the chaplain of a couple of hospitals in the capital, and his last assignment was at St. Mary of the Angels in New Orleans before his death in 1991.

Davied, who was ordained in June 1962, served at Our Lady of Good Harbor for about five years beginning in 1978. That church, also run by the Franciscans, was closed after Hurricane Katrina and merged with St. Patrick’s in Port Sulphur.

Partee was ordained in 1947 and was an assistant pastor at St. Mary of the Angels before being transferred to a church in Detroit in 1958. He ultimately left the order and — like Chappa — underwent laicization, a process by which a priest permanently leaves the clergy.

Pfalzer, ordained in 1942, worked at St. Mary of the Angels and taught Christian Doctrine at a school there, according to a newspaper story.

Ordained in 1948, Thompson moved from Hamilton, Ohio, to Houma in 1965 to become the chaplain of Terrebonne General Hospital. The Franciscan order last year acknowledged receiving an abuse complaint involving Thompson in 1967, and he was removed from ministry, according to the website Bishop-Accountability.org, which tracks clergy abuse cases.

The Archdiocese of New Orleans was in charge of priests who worked in Houma until 1977, when a separate diocese was created to serve Catholics in both Houma and Thibodaux.

A letter accompanying the Franciscans' list in many ways resembled statements Aymond made when he released his roster two years ago.

"The behavior of these friars in not acceptable in our fraternity and is a betrayal of our Franciscan values," the letter read. "We are hopeful that publishing the names of friars with substantiated allegations against them will bring some measure of healing, reconciliation and resolution to abuse survivors."

Burnett Risk Control International, a firm which specializes in examining claims of sexual abuse and misconduct, compiled the information released by the Franciscans. Franciscan members ended up on the list if they admitted to the claim or were found culpable by a criminal investigation, civil case, or internal investigation, the order said.

A statement Wednesday from the local chapter of the Survivors Network of those Abused by Priests said the latest expansion of New Orleans' clergy abuse list was a reminder that the public may never know exactly how many clerical abusers actually worked in the area over the years.

"We are confident that New Orleans’ list remains deficient and will have more names added," SNAP's statement said. 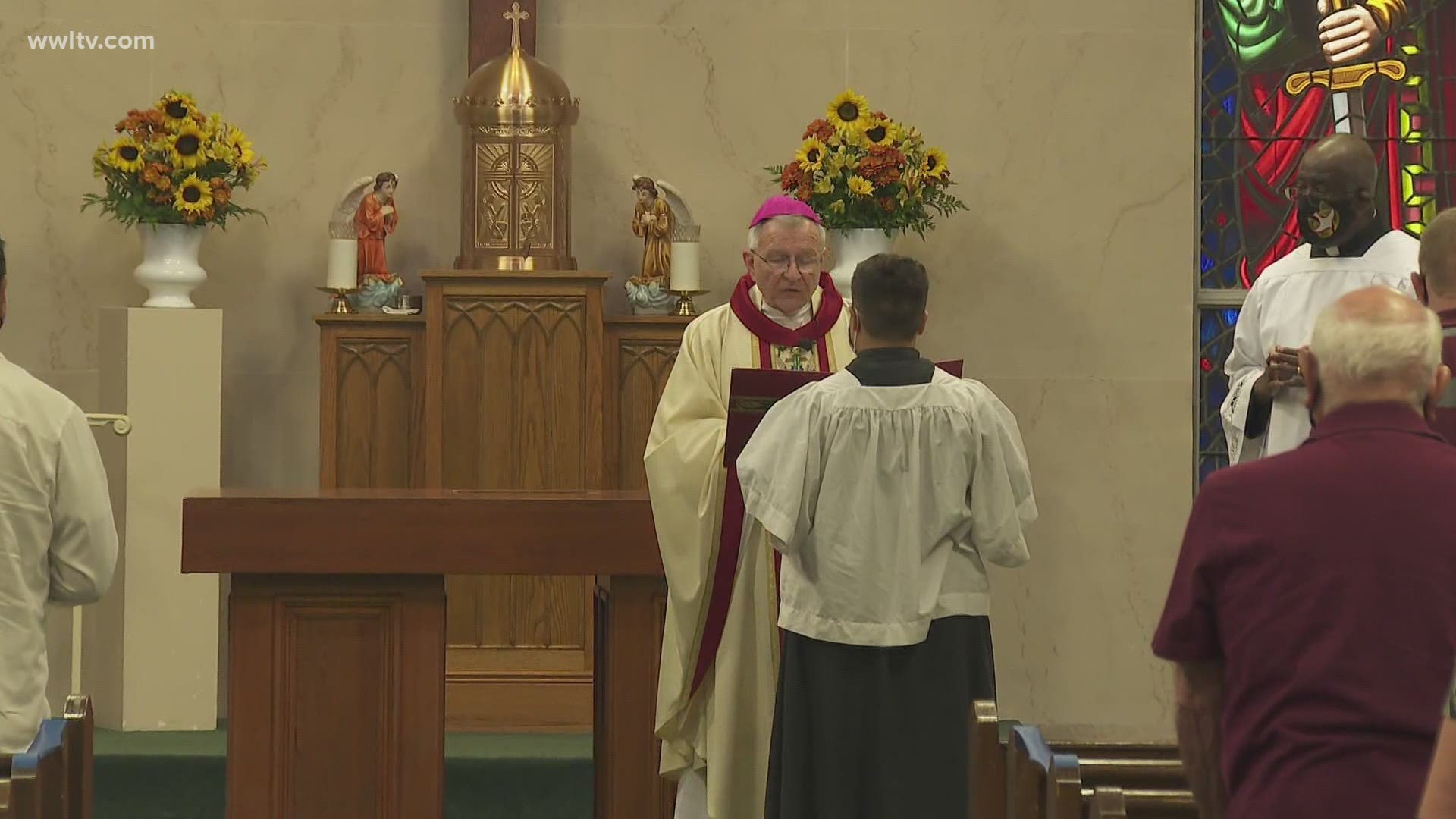