The archdiocese’s actions come 2 months after a WWL-TV/Times-Picayune report on allegations against the late Rev. Robert Cooper and retired Rev. Luis Fernandez. 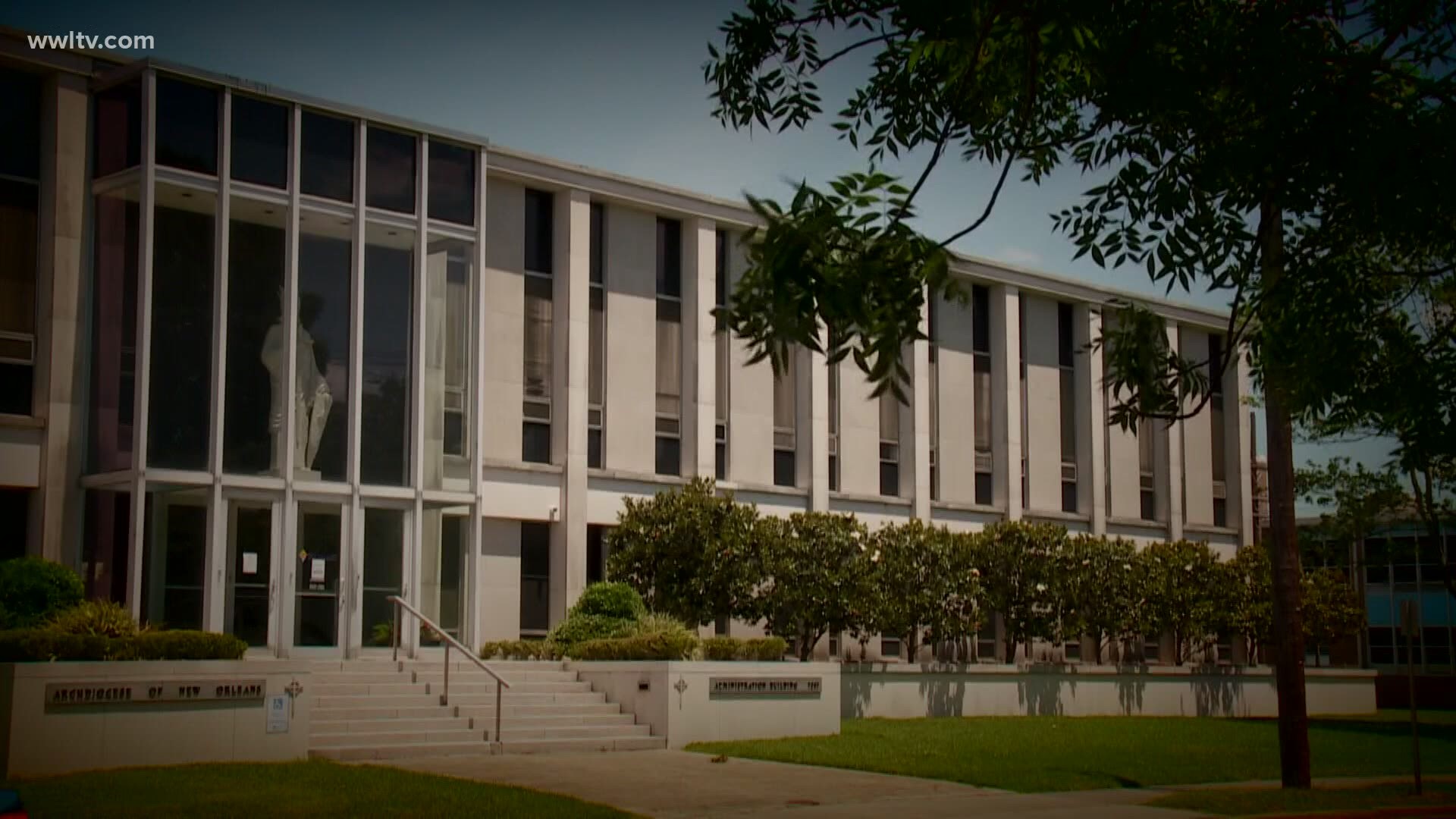 NEW ORLEANS — As the worldwide Catholic Church’s decades-old clergy molestation scandal continues to fester, the Archdiocese of New Orleans on Wednesday added a 73rd name to its list of local priests and deacons who have been credibly accused of child sex abuse.

The addition of the late Rev. Robert Cooper to that roster comes about two months after a local man, Tim Trahan, spoke to The Times-Picayune | New Orleans Advocate and WWL-TV about his allegations that Cooper had molested him at a downtown hotel in the mid-1970s.

Trahan first reported his allegations to the Archdiocese of New Orleans 13 years ago, and the archdiocese agreed to pay for his therapy, but did not add Cooper’s name to its list when it was first released in November 2018.

“I am sorry it took exposure through the media for them to get their act together, but if that’s what it takes, that’s what it’s going to take again and again,” Trahan said Wednesday.

Cooper is one of two educators and priests Trahan accused of abusing him while he was an underage student at St. John Vianney Prep, where current New Orleans Archbishop Gregory Aymond was teaching as a rookie clergyman at the time.

The archdiocese on Wednesday suspended the second priest, the Rev. J. Luis Fernandez, from being able to perform any clerical duties in his retirement, which began in Miami in 2003.

Despite his suspension, Fernandez has not been added to the credibly accused list as a “penal process” continues unfolding. Fernandez, who lives in Florida and spoke to WWL-TV and The Times-Picayune | New Orleans Advocate about Trahan’s allegations but referred all questions back to the archdiocese, could be put on the list when that process concludes.

“Their delay in doing this is frustrating, but now that he’s facing a penal process, the end result will determine if justice has been served,” said Trahan, who first notified church officials about his allegations 13 years ago. “The fact they have begun the penal process is a good start.”

Another retired New Orleans-area priest, Joseph deWater, was suspended in the same manner and for similar reasons as Fernandez. Details about the abuse claims pending against deWater weren’t immediately available.

A statement from an archdiocesan spokeswoman said the allegations against both Fernandez and deWater had been reported to law enforcement officials, but it didn’t specify which agencies.

Cooper is not related to an active Metairie-based priest of the same name.

The archdiocese’s actions Wednesday with respect to Cooper were decades in the making, beginning in the summer of 1976, between Trahan’s sophomore and junior years at St. John.

That’s when Cooper arrived to serve as a counselor and disciplinarian at the school, which educated boys interested in becoming clergymen before it closed in 1985.

He would soon begin sending innuendo-laced letters to Trahan, a classmate and close friend of Trahan’s named Curt Bouton, and other St. John students. The boys didn’t immediately disclose the letters to each other -- until Cooper lured Trahan to a room at the downtown Hyatt Regency following a weekend meal hosted by the school.

Trahan said Cooper plied him with dinner and wine brought to them by room service. Trahan said he passed out and woke up to find Cooper fondling his bare genitals. He slept in the bathtub the rest of the night.

Trahan later told Bouton what had happened. Bouton said he believed Trahan because Bouton that same year had stopped the priest from trying to fondle his genitals while the two watched a movie. In the course of the conversation, Bouton and Trahan discovered that they had both gotten suggestive letters from Cooper. Bouton reported the inappropriate missives to his student council faculty liaison: a young Aymond.

Trahan at the time did not disclose that he had been sexually molested by anyone teaching at St. John.

Bouton said Aymond, to his credit, was alarmed and instructed Bouton to gather as many of the offending letters as he could. Bouton did and gave them to Aymond. Aymond handed them over to school rector Roger Sweson, who immediately fired Cooper.

However, Aymond has since said, both Swenson and the archbishop at that time -- Phillip Hannan -- ruled that the letters, though “overly familiar,” did not prove molestation occurred. Cooper was therefore not removed from the ministry and went on to serve in at least six New Orleans-area parishes between 1977 and 1985, including Metairie’s St. Angela Merici and Algiers’ St. Andrew the Apostle. He died in 1989.

Trahan was at a 2007 reunion when he approached church officials and disclosed that he had been abused by both Cooper and Fernandez.

The abuse at the hands of Fernandez was similar to that of Cooper, only it was in the spring of 1976, when Trahan was 15, Trahan said. The archdiocese, then led by Archbishop Alfred Hughes, agreed to pay for Trahan to receive unlimited therapy for bipolar disorder and anxiety.

Trahan said he interpreted that generous arrangement to mean that church officials believed him. But to his dismay, neither Cooper nor Fernandez were included in the credibly accused list which was released in November 2018 in a bid to come clean about the persisting clerical molestation scandal.

That roster’s first version contained 57 names but has since been expanded several times.

When asked this fall about Trahan’s claims, the archdiocese said it agreed to pay for Trahan’s therapy out of compassion, not necessarily because the allegations were deemed credible.

Officials said the archdiocese was evaluating whether to add Cooper and Fernandez to the accused list. But, they said, the investigation into Cooper had not yet been completed, and officials were seeking to reconcile unspecified inconsistencies in the case against Fernandez.

Trahan retained a group of attorneys who frequently work with clergy abuse victims: Richard Trahant, Soren Gisleson and John Denenea. They advised Trahan as he told his story publicly for the first time.

“I am sorry it took exposure through the media for them to get the act together, but if that’s what it takes, that’s what it’s going to take again and again,” Trahan said.

In his own remarks Wednesday, Bouton — who vouched for Trahan's claims amid the archdiocese's investigation — echoed Trahan's sense of relief.

"After all these years, the truth is finally being recognized and reported by the archdiocese, and I hope that this effort encourages others to come forward and tell their stories," Bouton said. "More work needs to be done to bring out the truth, and I will assist in this process."