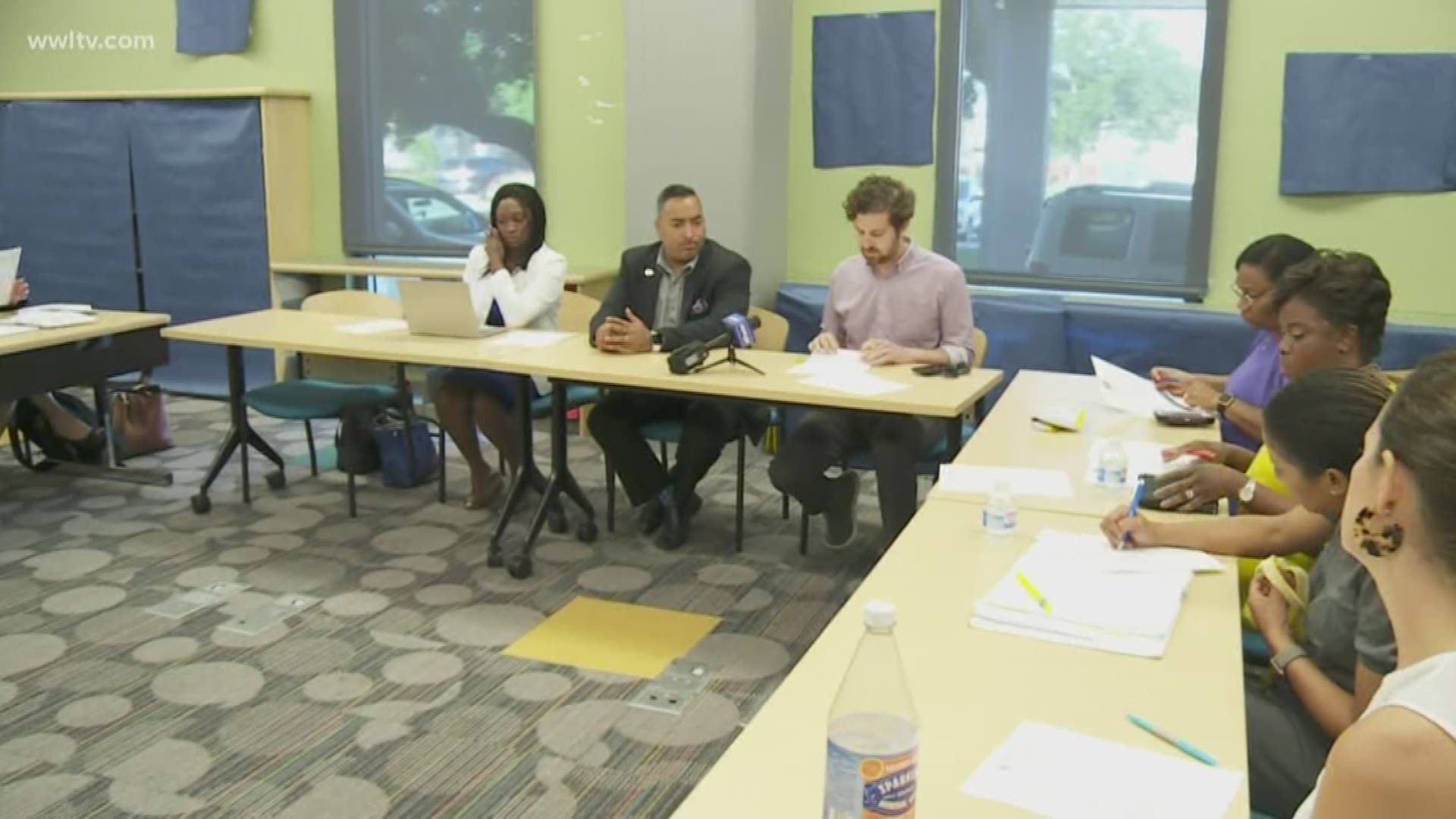 NEW ORLEANS — A second local charter school board has voted to fire school bus provider Scholars First as a result of an exclusive WWL-TV investigation that uncovered the company's fraudulent bus insurance documents.

Gang said he selected a company offering competitive rates, but wouldn't say which school bus provider it is or how much it will cost.

Meanwhile, the board -- still reeling from an audit that identified $1.1 million in missing expenses and a $5 million operating deficit -- is taking on major new expenses to address several allegations of misconduct by its own employees, including its CEO, Michelle Blouin-Williams.

Two weeks ago, another exclusive investigation by WWL-TV exposed allegations that Blouin-Williams falsified board minutes to make it look like the directors had properly approved the original school bus contract with Scholars First in 2017.

After that story, New Beginnings held an emergency board meeting April 1. The board suspended Blouin-Williams, but continued to pay her salary of $175,000 a year. With retirement benefits, the board is paying Blouin-Williams over $220,000, a state audit shows. 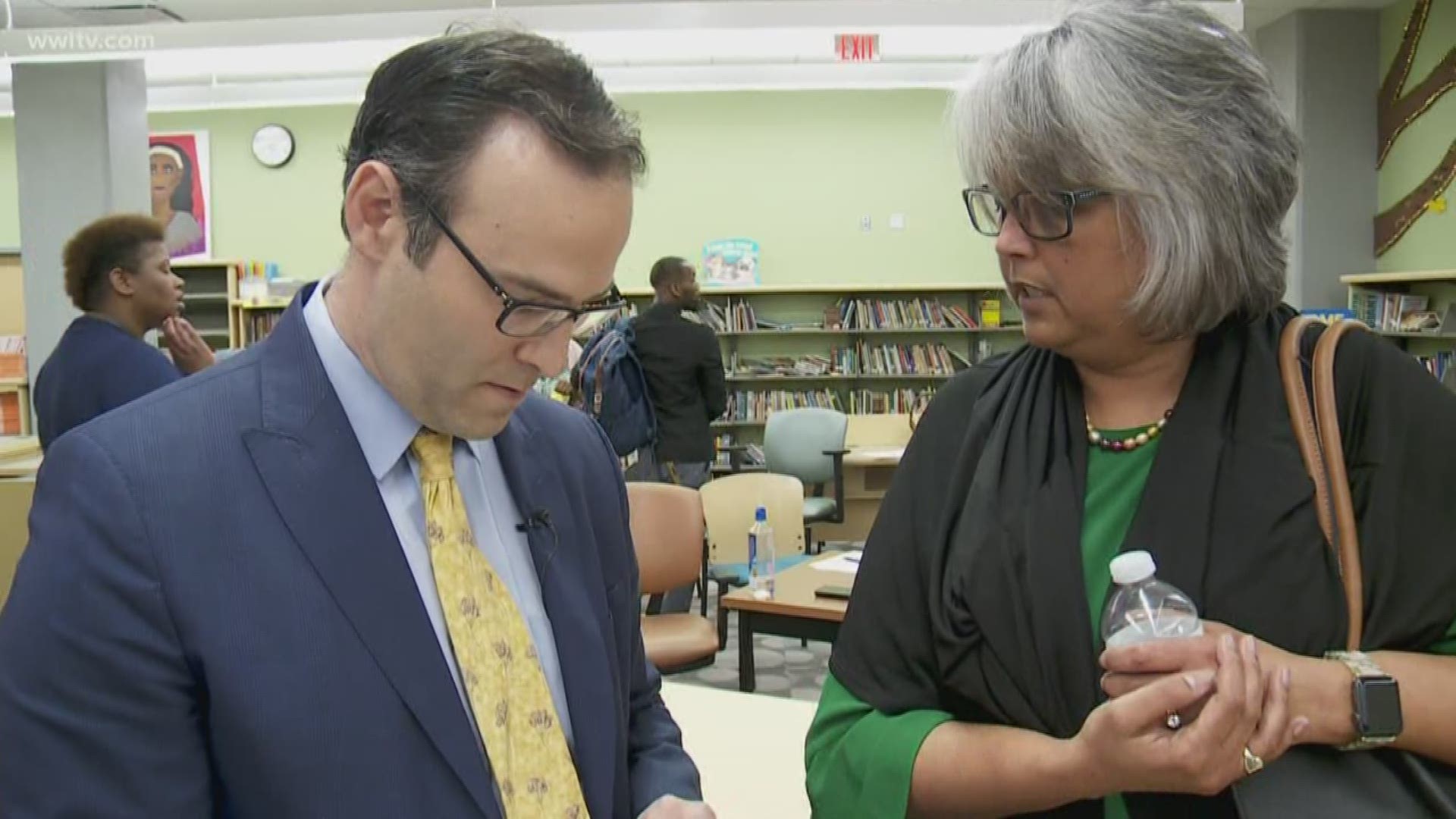 On Thursday, Gang also got approval from the board to hire an outside management firm to fill the void and help New Beginnings' leadership team in Blouin-Williams' absence. Again, he wouldn't say whom he intends to hire or how much it will cost.

The board has already hired Adams & Reese attorneys Lee Reid and Jaimme Collins, at $360 an hour each, to look into the allegations against Blouin-Williams.

New Beginnings’ board counsel, Michelle Craig, said Reid and Collins will also look at allegations, first reported by The Lens, that first-semester grades were inflated at Kennedy High School, as well as the fact that Kennedy had by far the most state end-of-year exams voided because of irregularities.

Reid promised a completely independent and impartial investigation, although some observers have questioned if that’s possible because Collins, who represents other charters schools in the area, previously did work for New Beginnings, while Craig previously worked at Adams & Reese.

"I don't believe they can be independent or objective," said Dorothy Tarver, an attorney representing Runell King, a former New Beginnings executive who was fired last month after he alleged the grade-fixing at Kennedy High.

Tarver questioned how the board could justify firing King for bringing allegations forward while continuing to pay Blouin-Williams while investigating her for alleged wrongdoing.

King's termination came a day after the Orleans Parish School Board closed its review of his grade-fixing allegations, but the board has subsequently reopened its investigation. New Beginnings appeared to close its internal investigation of King's claims when it fired him for allegedly failing to substantiate his allegations.

But Gang later told WWL-TV the internal investigation into the grade-fixing remained open and continues. Meanwhile, King is out of a job, so Tarver asked the board to reinstate him or suspend him with pay, to match the punishment for Blouin-Williams. Gang said the board decided not to take any action on that Thursday.

Two weeks ago, WWL-TV reported allegations that Blouin-Williams created board minutes in 2018 to make it falsely appear as if the board had reviewed and approved a “proposed” contract with Scholars First at a board meeting almost a year earlier, on Sept. 21, 2017.

Original board records show Blouin-Williams and Scholars First owner Jeramy Jackson had already signed that contract by the time of that board meeting. In fact, it's dated Aug. 1, 2017, almost two months before the meeting it was purportedly "proposed" to the board.

A recording of that September 2017 board meeting and other board documents obtained by WWL-TV and verified to be contemporaneous with the September 2017 meeting indicate the Scholars First contract wasn't discussed or voted on at that meeting at all.

Last month, WWL-TV also found Scholars First had falsified its insurance certificates, which it used to convince New Beginnings and other charter school networks that it had current insurance policies with Mesa Underwriters Specialty Insurance Co., sold by Flowers Insurance Agency. Both Mesa and Flowers told WWL-TV those claims were false and the Louisiana Department of Insurance later determined the records were fraudulent and turned its findings over to criminal investigators.

Earlier this week, the Einstein Group, one of the other charter school networks that received the false documents from Scholars First, also fired the bus company based on the WWL-TV reports. About a half-dozen Scholars First drivers came to the Einstein board meeting Tuesday to urge the board to keep Scholars First in place at least until the school year ends in May.

Unlike Gang and the New Beginnings board, Einstein CEO Michael McKenzie disclosed the new school bus provider, A&S Transportation of Naples, Fla. Einstein said A&S will take over April 16 and use some of Scholars First’s drivers to assure a smooth transition.

But Hamilton Williams, who spoke for Scholars First at a recent City Council meeting and identified himself then as the firm’s operations manager, said a lot of Scholars First employees are already losing their jobs because of the WWL-TV reports.

He told the Einstein board he had been a manager at Scholars First, “but due to the publicity of Mr. David Hammer, I've lost that position and just been hired as a routing consultant by the company.”

Einstein board members said they were sympathetic to the drivers’ concerns, but couldn’t ignore the actions of Scholars First, which was formed in 2015 by Melvin Williams of Gonzales and Jeramy Jackson of New Orleans.

“They were operating fraudulently for a long time,” Einstein Group board president Durrell Laurent told Hamilton Williams and the Scholars First drivers at Tuesday’s meeting. “And they weren’t operating in the standards of the contract we had in place. So, I think you guys need to go to the owners of the company and voice your frustrations.”