Questionable certifications add to mounting scrutiny around the city inspectors 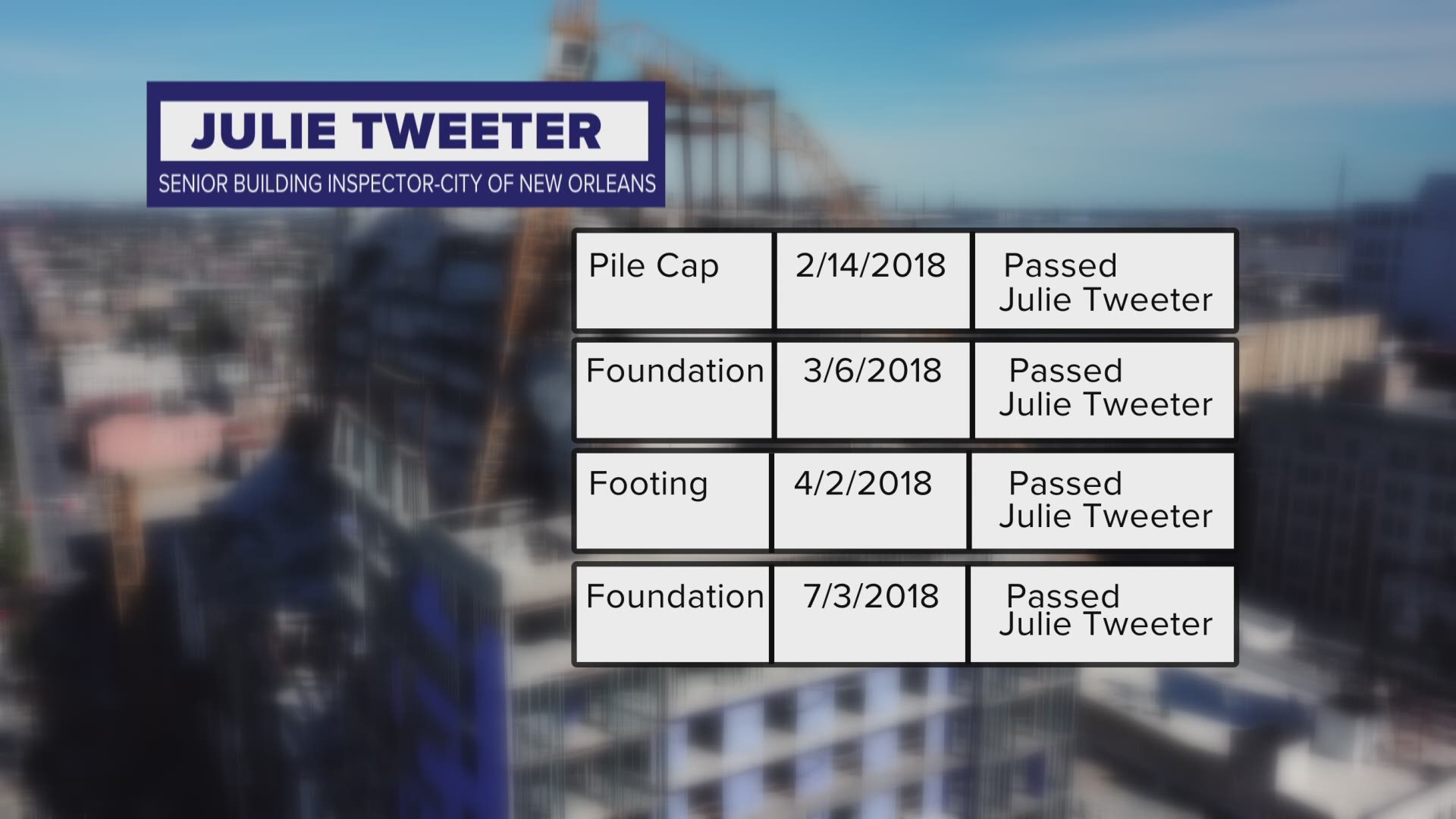 NEW ORLEANS — Some of the New Orleans city building inspectors who signed off at key points of the construction of the Hard Rock Hotel before it pancaked and collapsed on Oct. 12, killing three laborers, do not appear to have been properly certified for the work, records show.

One inspector, Bryan Cowart, appears to be certified only for residential inspections to this day. Inspector Julie Tweeter, whose whereabouts during inspections she claimed to have completed at the Hard Rock on several days last year are now under investigation, did not receive her commercial building inspector’s license until July 2018. By then, she’d signed off on at least four early inspections at the Hard Rock site, city records show.

All building inspector certifications are granted by the International Code Council, which limits residential inspectors to reviewing one- and two-family dwellings, townhomes and other buildings three stories in height or less. The council requires a higher level of certification for commercial buildings such as the 18-story Hard Rock.

Those questionable certifications add to mounting scrutiny around the city inspectors, and particularly Tweeter, whose name is attached to many of the last inspections of the posh hotel that was rising above Canal and North Rampart streets before the calamity.

She now appears to be in the crosshairs as authorities investigate the collapse in parallel to a longer-running federal corruption probe into the city’s embattled Department of Safety & Permits.

Beau Tidwell, Mayor LaToya Cantrell’s spokesman, acknowledged what he described as “discrepancies” between the city department’s log of inspections on the Hard Rock project, and GPS tracking data for the municipal vehicles that city inspectors drive from job site to job site.

Building inspectors can drive right up to a project and park there without trouble. But GPS data for vehicles driven by the city’s inspectors show that on several dates of successful inspections at the Hard Rock site, none of those city vehicles were parked within a few blocks of the construction zone.

Only on three of six inspection dates from early August until the building collapsed on Oct. 12 did inspectors appear to park city vehicles at the Hard Rock site, the data show.

Tidwell said that Tweeter had called in sick on Tuesday and that the administration was “looking at reassigning her” in some fashion.

“Absolutely there’s concerns, and that’s why this investigation is happening. We want to get to the bottom of it. We want to look at the full scope of it,” he said.

The city’s investigation is being led by former U.S. Attorney Kenneth Polite, Jr.

“Once we have those findings, we will refer that to the appropriate law enforcement agencies, whoever that might be,” said Tidwell, who added that the inspectors’ certifications are also part of the investigation.

Tidwell said he no longer stood by an initial statement to WWL-TV last fall about the Oct. 1 inspection, in which he confirmed that Tweeter was there on-site that day.

“When we became aware of the discrepancies it was a tremendous concern for the administration,” Tidwell said, though he said he couldn’t recall when that happened.

Questions surrounding the GPS tracking data and the inspectors have been folded into what Tidwell called “the overall investigation.”

There are now as many as five overlapping probes underway over the collapse; none has produced criminal charges to date.

Authorities with the federal Occupational Safety and Health Administration are leading an investigation into the fatal collapse that is expected to spawn a lengthy report on April 12.

That day will mark six months since the unfinished top tiers of the project collapsed, sending metal and concrete pouring down to the street and leaving a mangled, sagging hulk of failed construction above one of the city’s most iconic intersections. The current demolition plans involve an implosion of the building as early as next month.

New Orleans Inspector General Derry Harper’s office is leading another investigation, while Cantrell’s office says it is conducting its own “soup to nuts” review of the department, led by Polite. Those probes are separate from the ongoing investigation into Safety and Permits, led by current U.S. Attorney Peter Strasser’s office, and yet another inquiry led by the City Council.

“I don’t think it’s a matter of if, but when you’re going to see criminal charges brought” from the Hard Rock case, Goyeneche said.

Separately, he said the issues with city inspectors and their lack of proper certification could create a problem for the city government.

“I think it’s going to expose the city to liability,” he said. “Ultimately, at some point, the city is responsible for assuring the people employed in those positions have the proper certifications and training.”

The MCC blew the whistle in 2013 on a state fire marshal’s inspector, Nunzio Marchiafava, in a case with striking similarities. Marchiafava had allegedly lied about inspecting a Grand Isle motel where two people died in a fire, then fudged records to cover his tracks. An investigation by the state Office of Inspector General -- which likewise involved location data, though they were from Marchiafava’s phone -- led to his conviction on a charge of attempting to injure public records. Marchiafava received a year of probation. 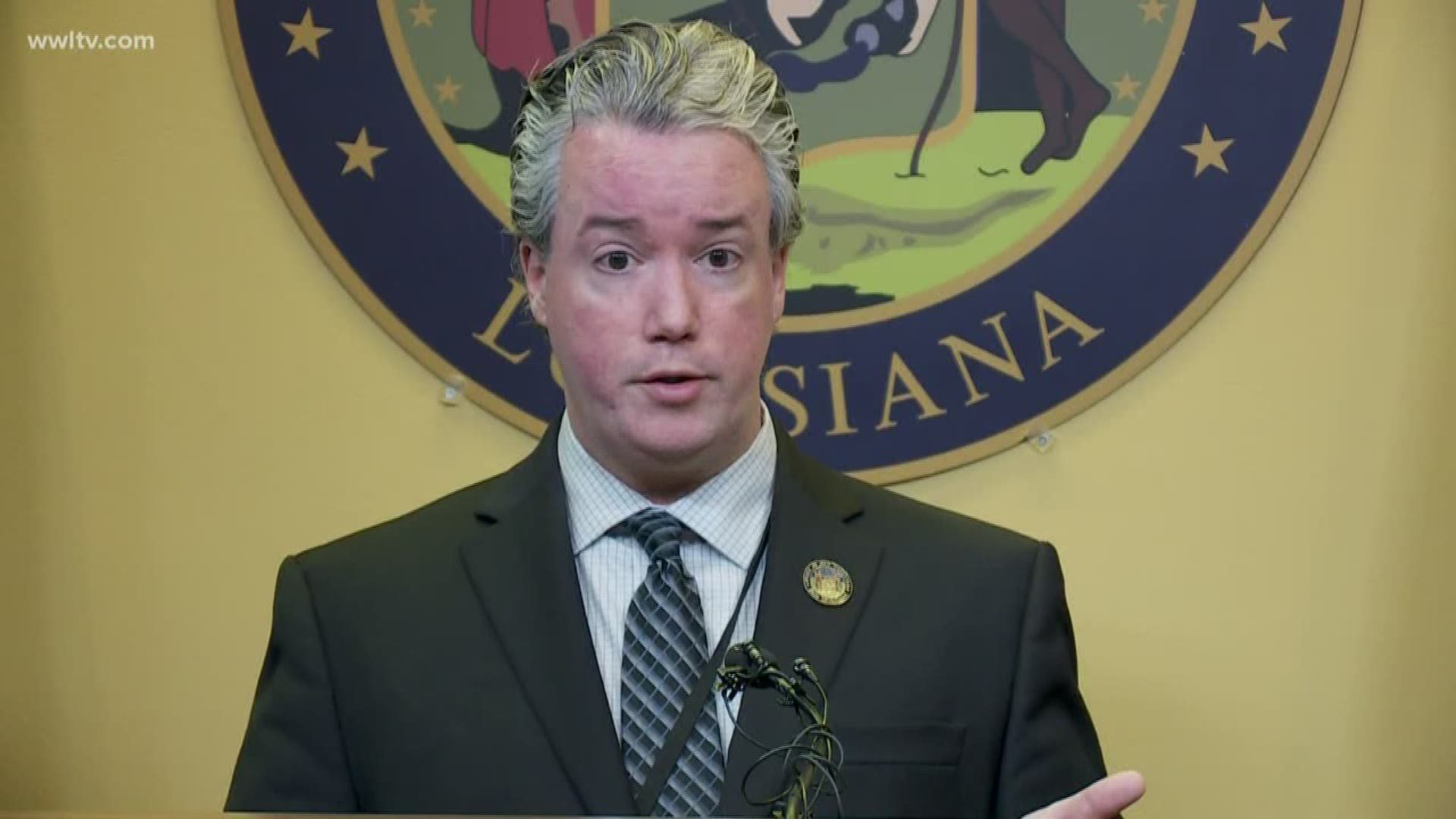 The city GPS data shows no building inspectors driving their vehicles within two blocks of the Hard Rock building site on Oct. 1, when Tweeter signed off on a concrete pour on a top tier of the 18-story building. The closest an inspector parked to the Hard Rock that day was at the Roosevelt Hotel.

The previous Hard Rock inspection date listed under Tweeter’s name was Sept. 16, but the closest she may have gotten in her city vehicle that day was 314 N. Rampart St., a few long blocks away from the hotel project, the records show. And in that case, the GPS data show the vehicle stopped for just six minutes.